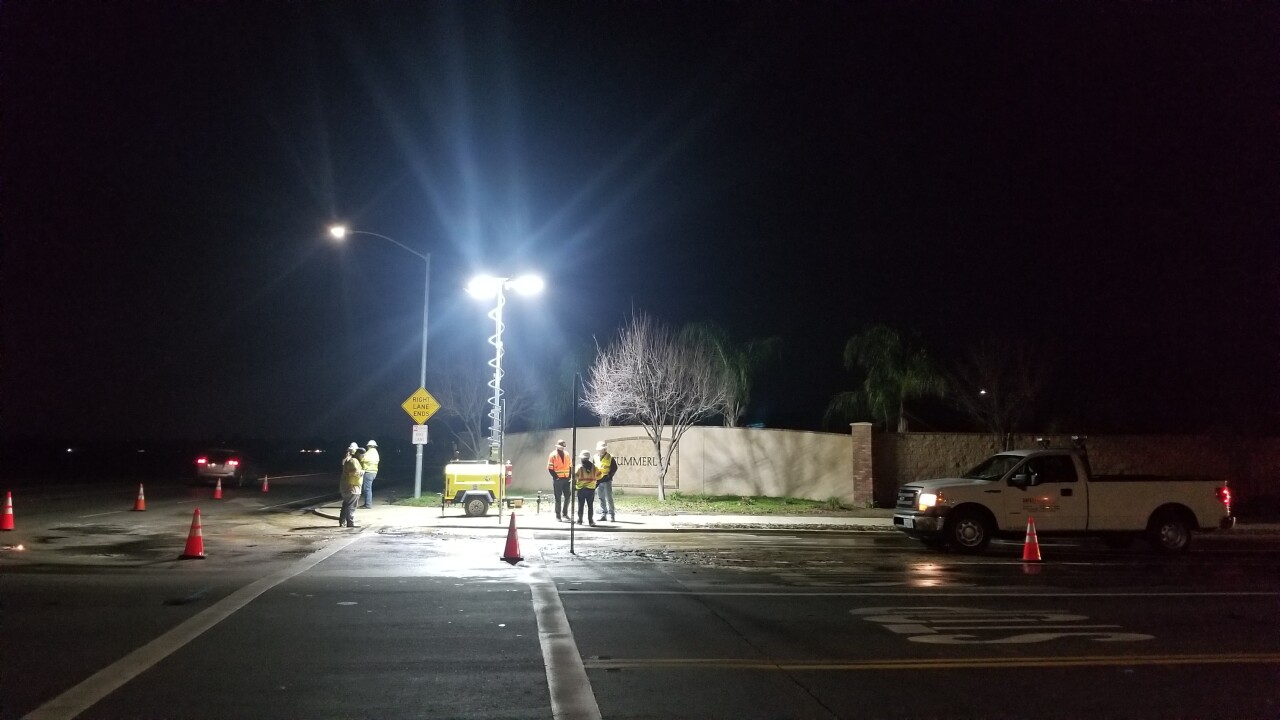 BAKERSFIELD, Calif. — A water main break in Northwest Bakersfield on Allen and Reina Road has caused light flooding and has pushed up the pavement a few inches.

According to Cal Water, there is currently a boil water advisory in effect in the area. Cal Water is currently distributing water and have a center set up at 5108 Trinidad Lake Way, which will be open until midnight tonight and tomorrow from 6 a.m. to 8 p.m.

According to a press release issued by Cal Water, the boil water advisory is issued to customers in the Summerlyn subdivision cornered by Reina on the north, Allen Road on the east, Vega Meadows on the south and Renfro on the west. The advisory was issued due to a main break that occurred when a third-part contractor was working in the area, causing a temporary water service interruption to the neighborhood.

After water service is restored, all affected customers are advised to boil tap water or use bottled water for drinking, prepared food and brushing teeth until further notice.

Affected customers will also be reimbursed for bottled water purchased during the advisory.

At this time, the entire neighborhood in the area is without water at this time and they have received at least 90 calls about the incident.

Cal Water said that they are currently assessing what caused the break.