Women's March of Kern County gearing up for Saturday 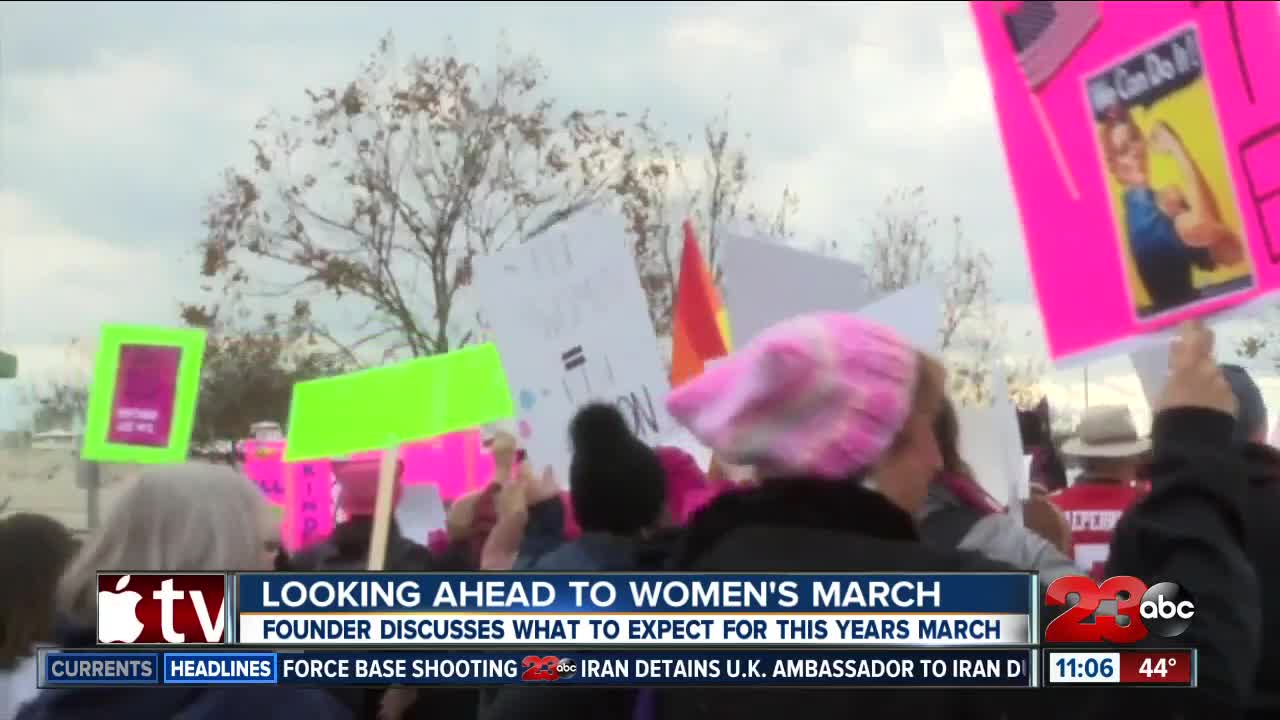 BAKERSFIELD,Calif. — It is just under a week away from the 2020 Women’s March of Kern County.

According to Kimberly Kirchmer, the founder of the march says the event is expected to have over a thousand people in attendance.

This year the march will have Dolores Huerta as a speaker and some new elements for attendees.

"New this year will be the length of the march, it's not super long, but we are adding just a few more blocks. [We are going] down 18th and O and back up 17th," Kirchmer said.

25 non-profits who support and advocate for women are also teaming up with the Women’s March of Kern County and will be present.

The day will be filled with speakers, performances, vendors and the sharing of the group's initiatives.

"One of the key issues and initiatives is getting people to vote and getting people registered to vote, "Kirchmer said. "So a lot of these young people are going to be voting this next election. That is going to be so critical. We want to elect more women and we want to be represented by women."

The Women’s March of Kern County is still in need of volunteers.

If you are interested be sure to look on social media , for Women's March Kern and this website.

Kirchmer shares that the purpose of the march year-after-year is to inspire and unify the community.

This Thursday the Women’s March of Kern County will be hosting a create a sign-making event at the S.E.I.U. For more details for this link.