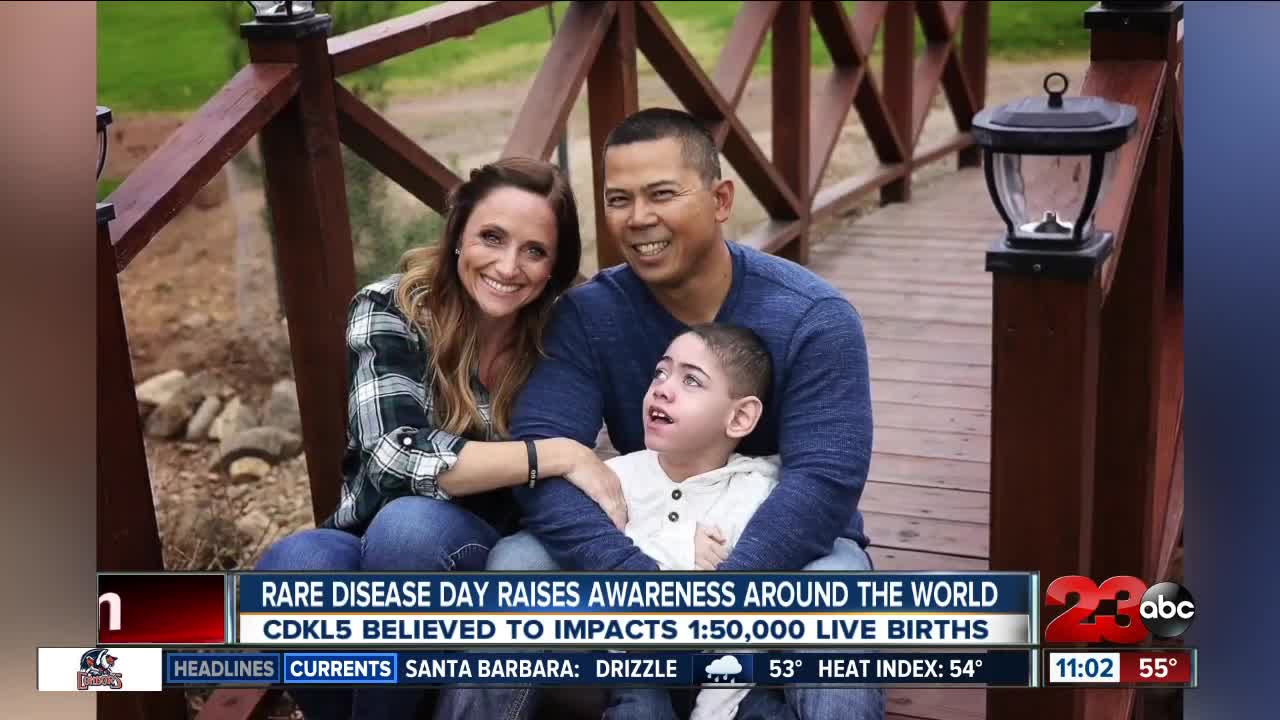 Braylon Galloway was diagnosed with CDKL-5 at the age of two.

Cyclin-dependent kinase 5 (CDKL-5) is a rare neurodevelopmental disorder believed to impact 1 in 50,000 live births. It's a disorder all to familiar for Deshaun Treyes. Treyes's nine year old son Braylon was diagnosed eight years ago.

The 1st grade teacher in Tehachapi says she noticed something was wrong when Braylon was a couple months old and took him to get genetic testing. He was diagnosed with CDKL-5.

According to the International Foundation for CDKL-5 Research, the disorder can manifest itself in a broad range of clinical symptoms with one of the hallmarks being early on-set seizures. Dr. Joyce Matsumoto is a pediatric neurologist at University of California Los Angeles Health. She says the problem with CDKL-5 seizures is the frequency in which they occur distracting the brain from developing at a normal rate.

Children with CDKL-5 are typically treated with anti-seizure medications along with various allied health therapies including physical, occupational and speech.

Although there is no known cure at this time, Braylon's family hopes one day he will be able to hold his head up high and that he knows how much he is loved.

For more information check out the International Foundation for CDKL-5 Research website.