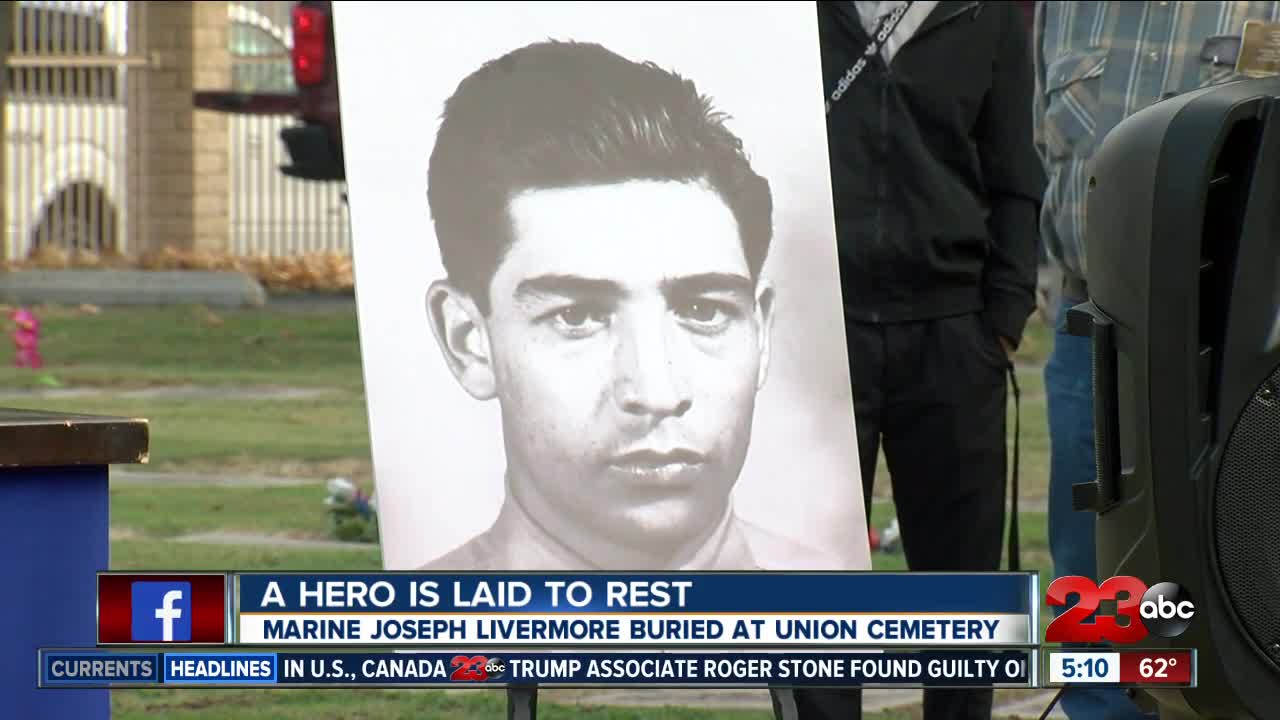 BAKERSFIELD, Calif. — A marine who served in World War II who has been missing in action for more than 76 years has now returned home to Bakersfield and were finally laid to rest.

He was buried next to his mother at Union Cemetery.On November 22, 1943, private Livermore lost his life to an enemy bayonet.

Since then, the World War II Marine was listed as missing in action until the discovery of a mass grave this past March.
Following that discovery, remains were identified as those belonging to private Livermore.

Livermore arrived in California yesterday and returned to Bakersfield with a procession that stopped by his former high school, East High.