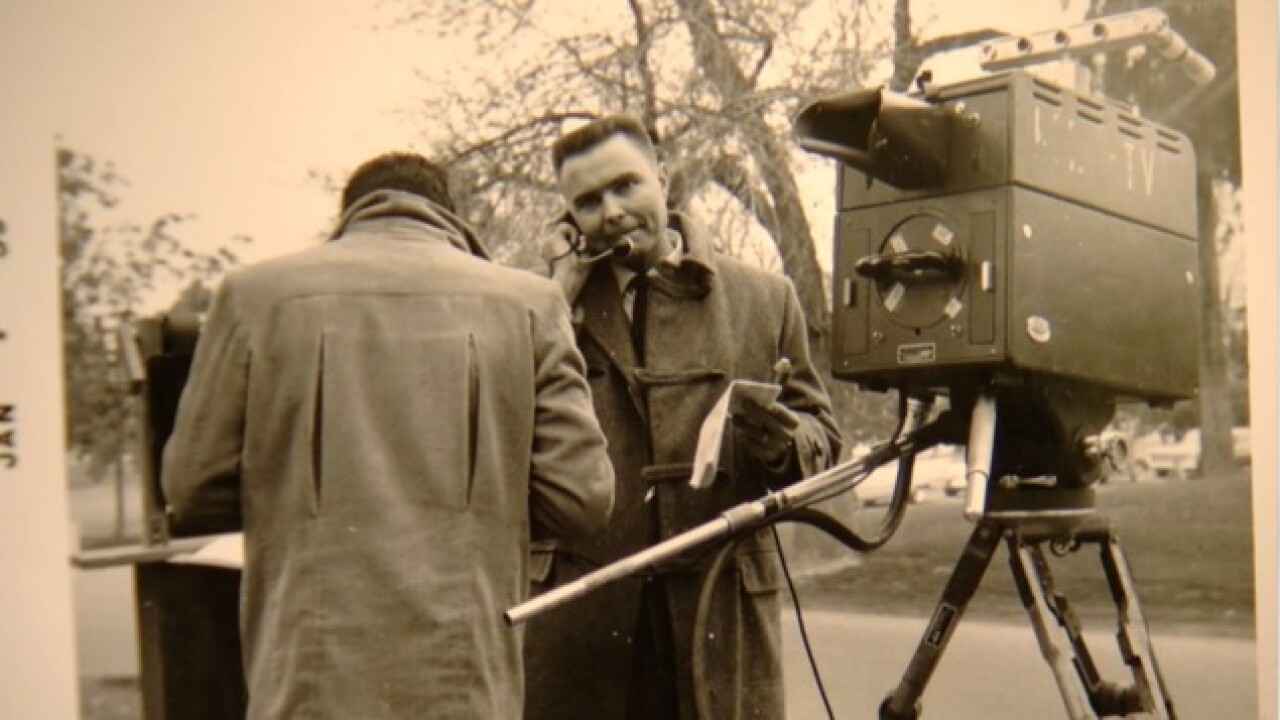 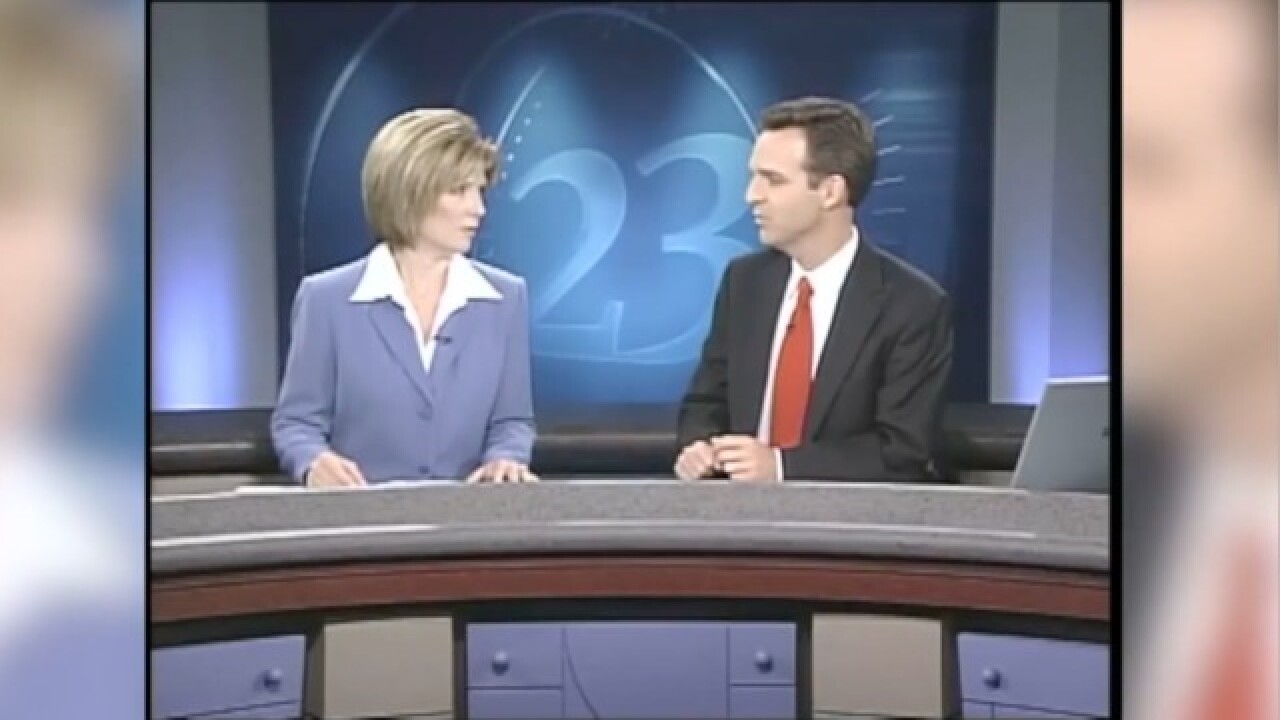 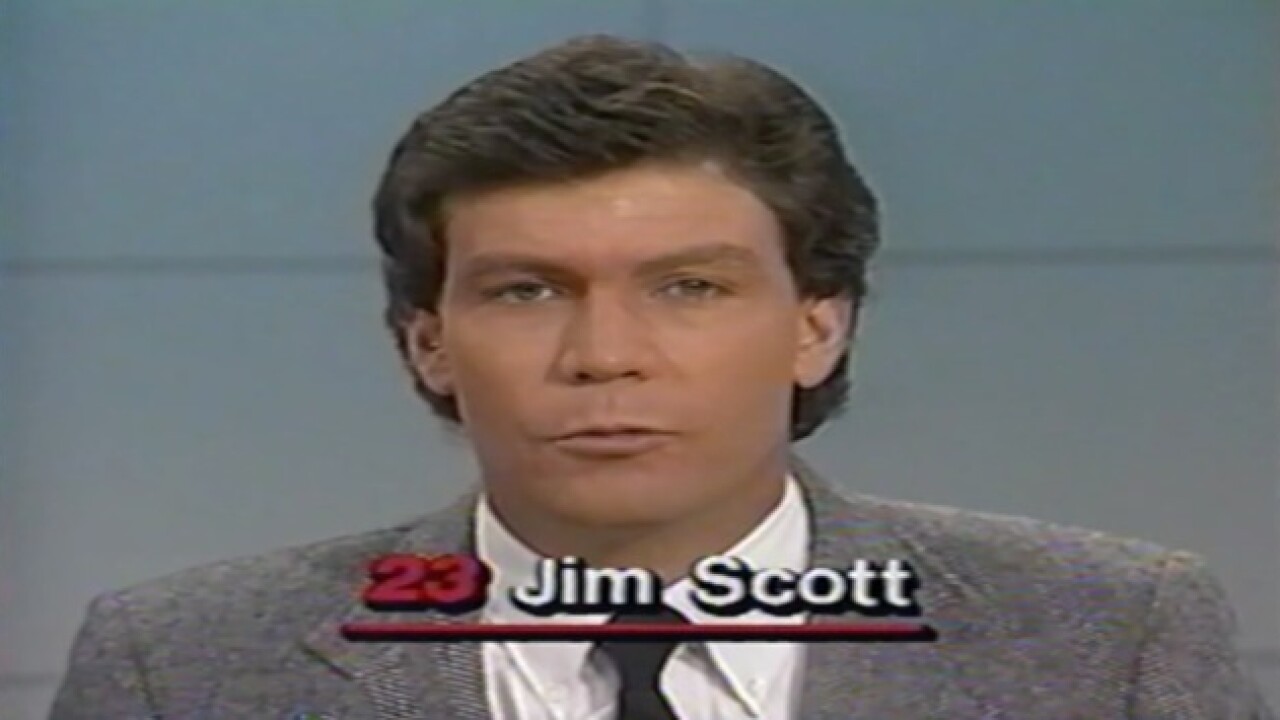 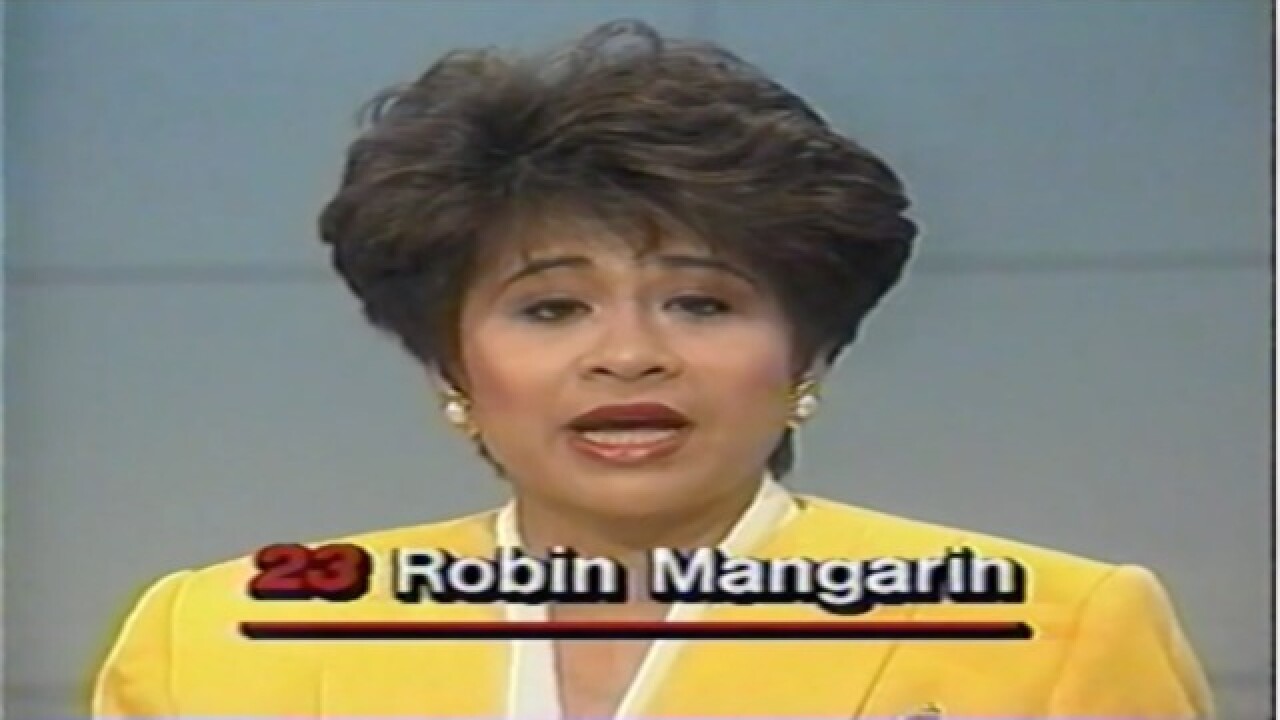 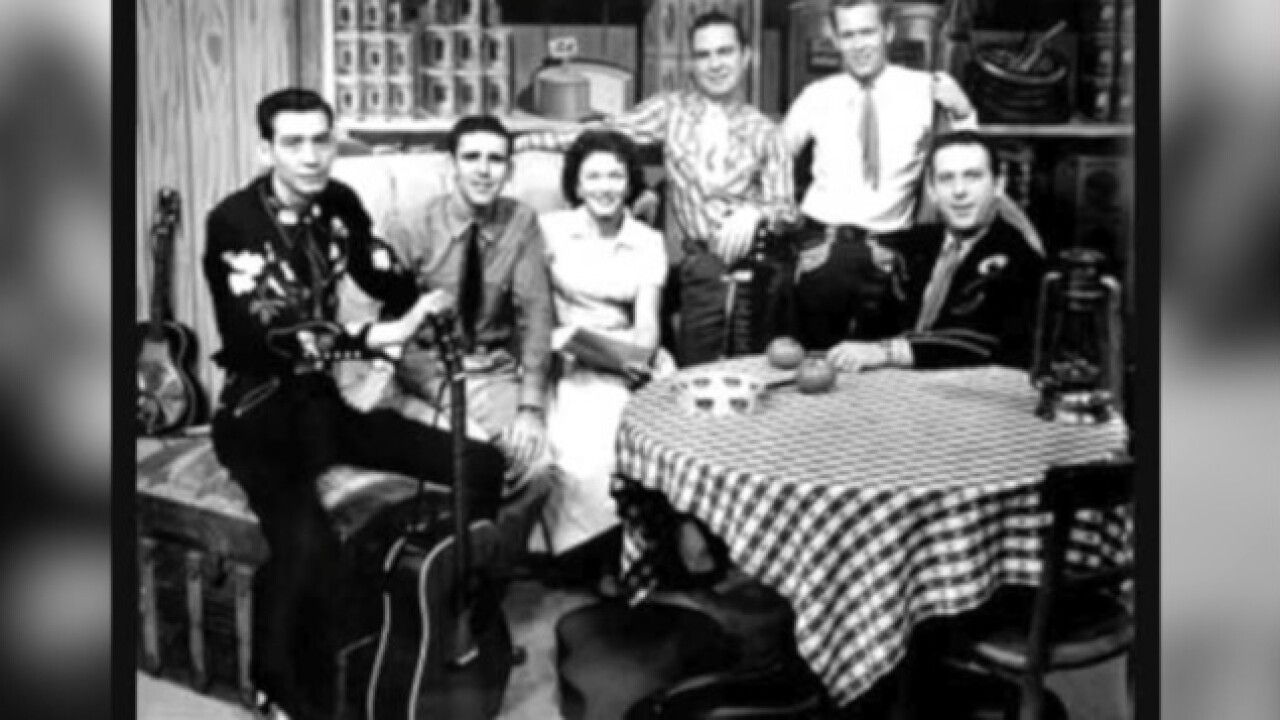 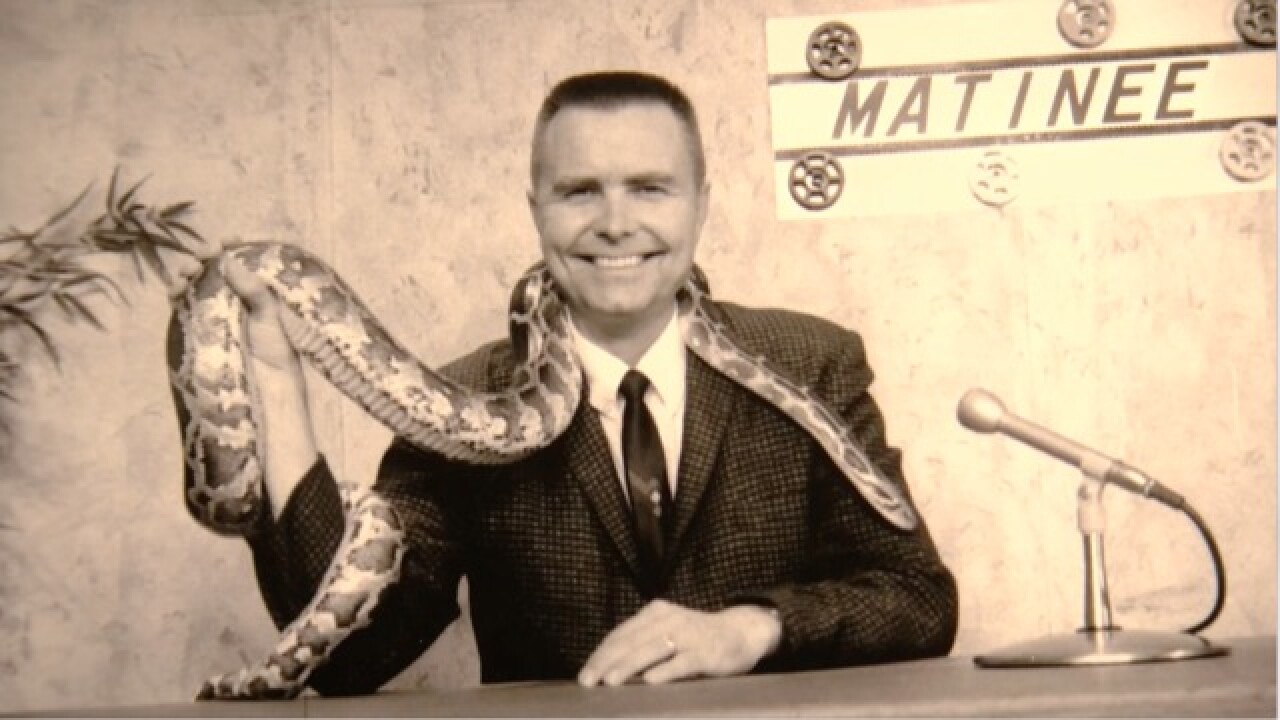 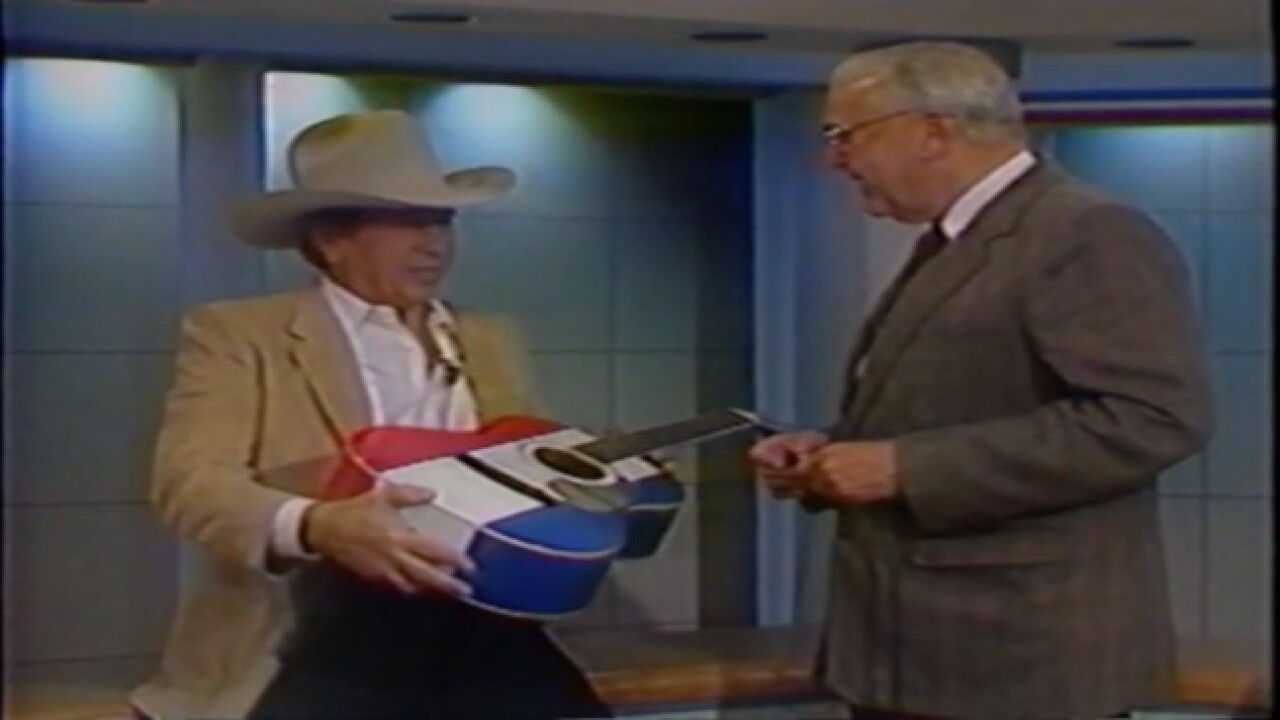 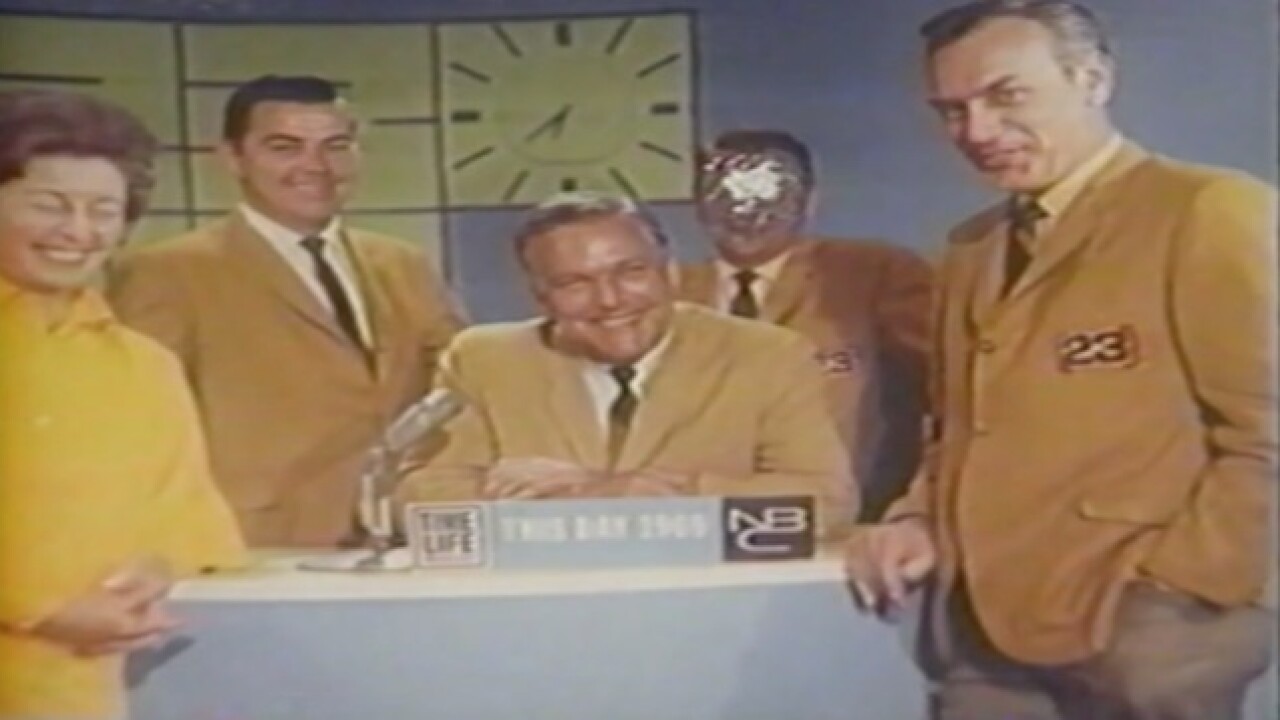 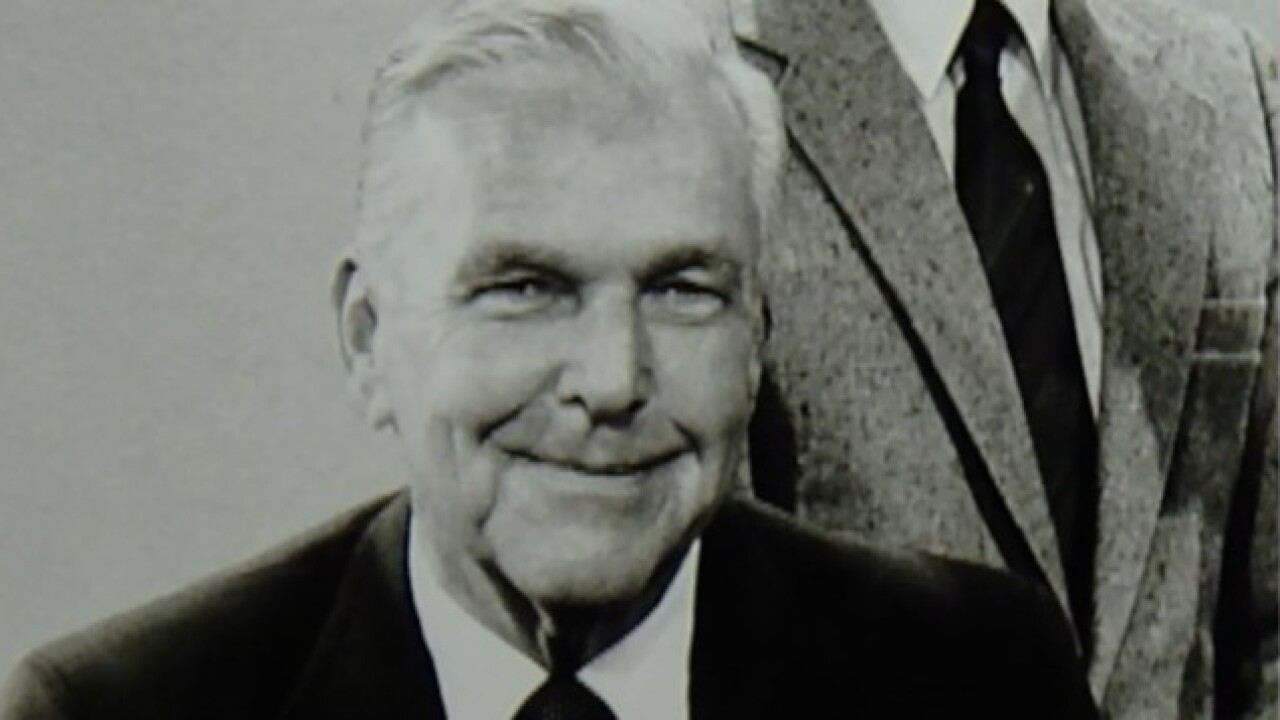 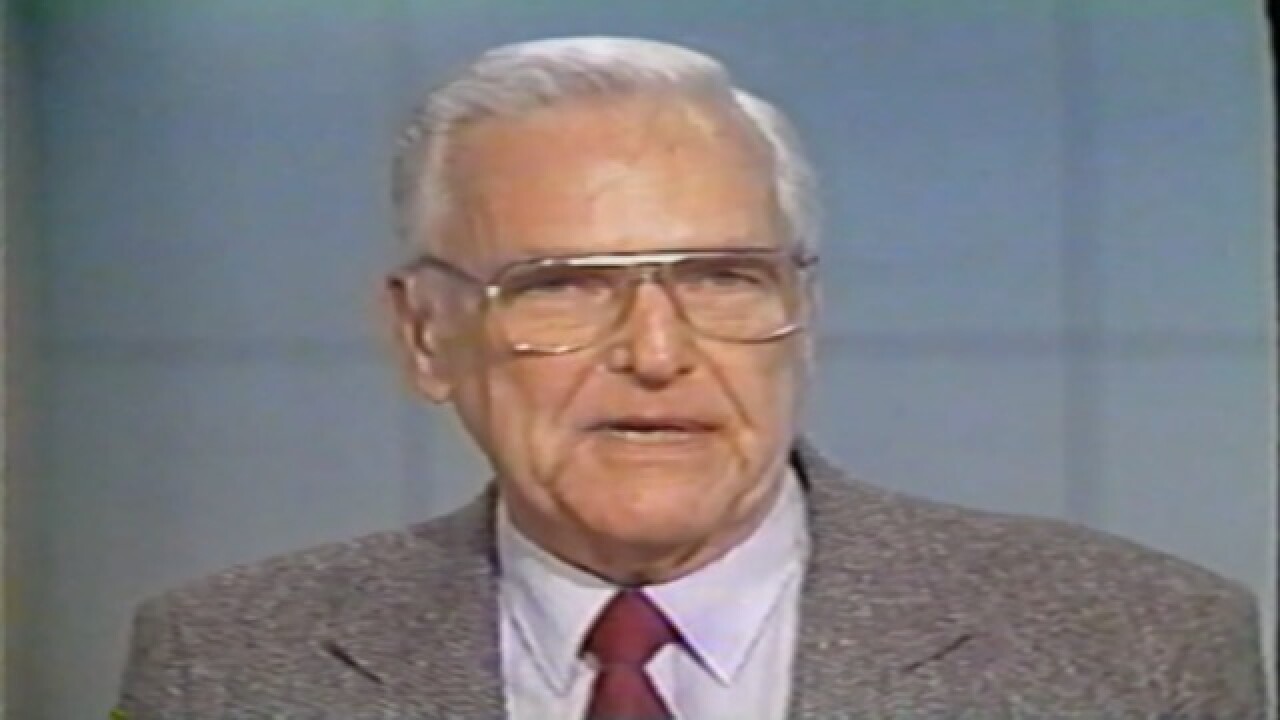 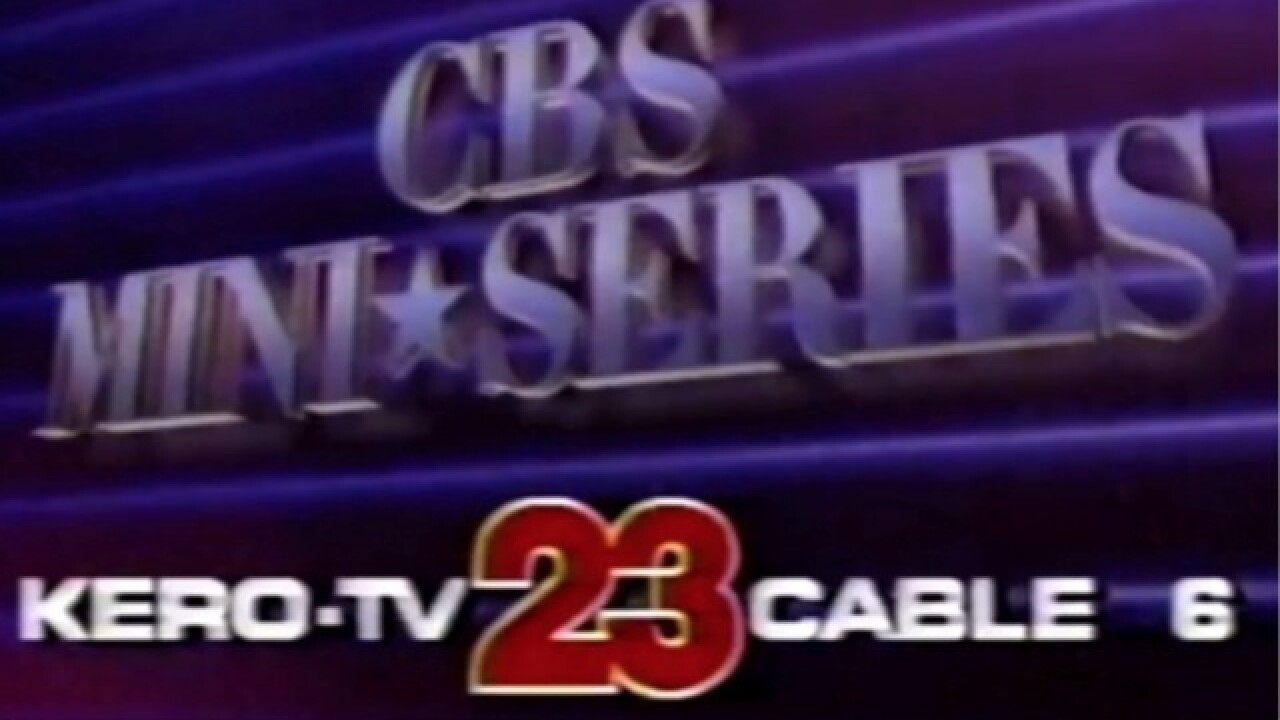 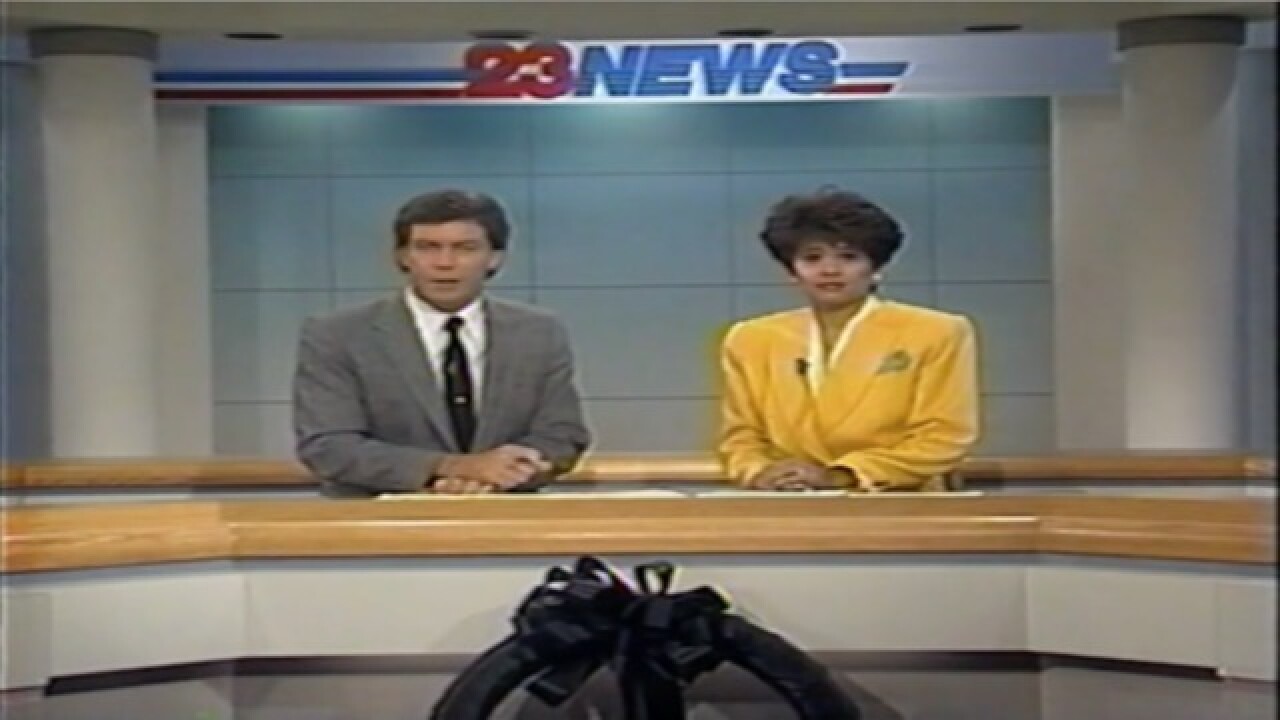 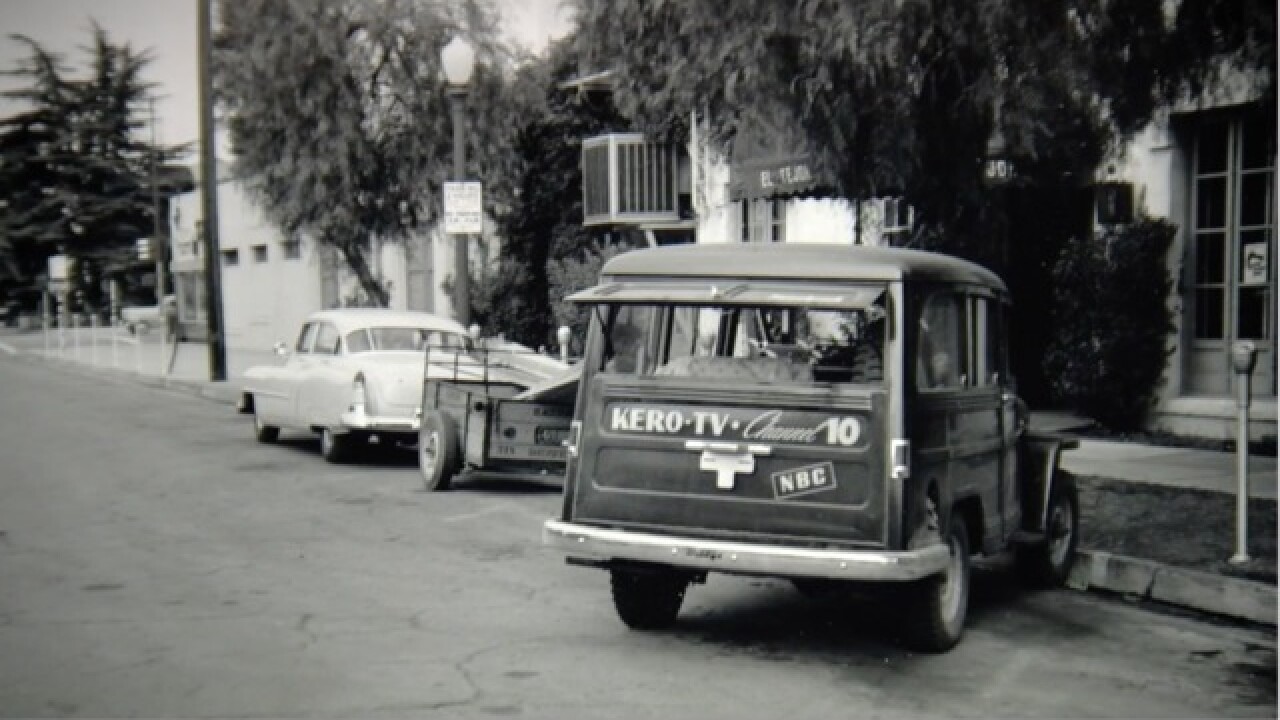 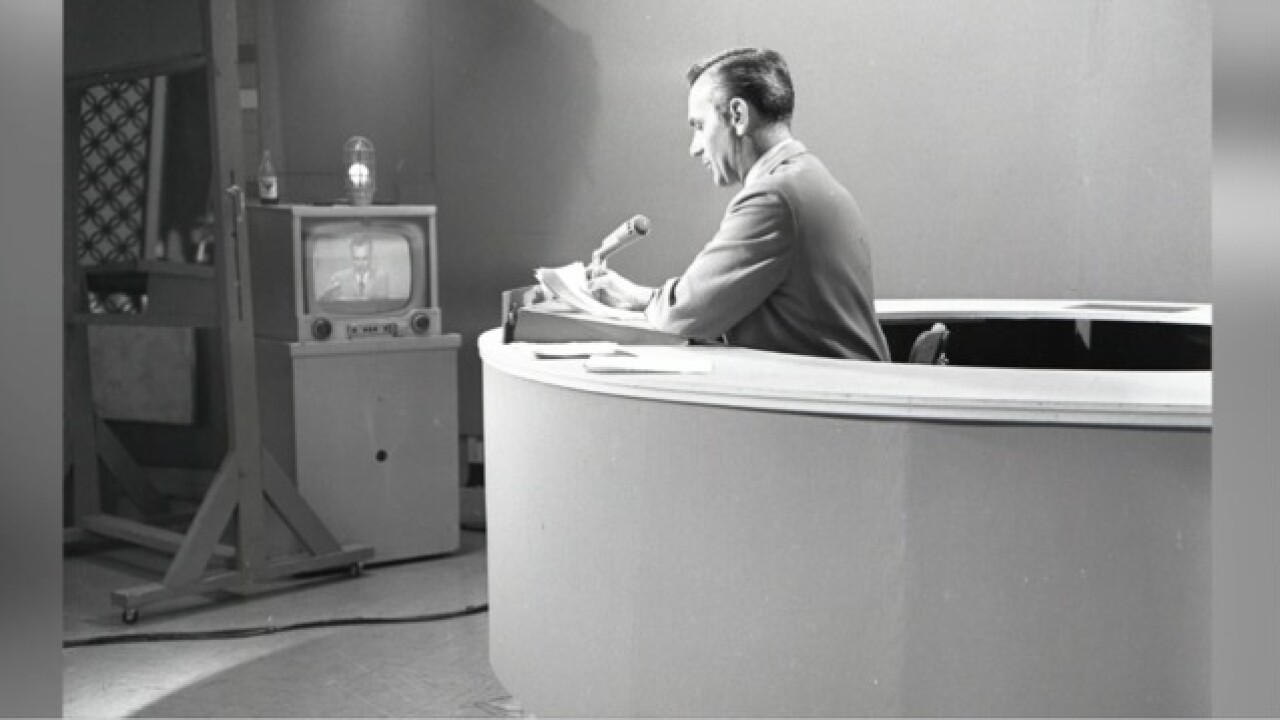 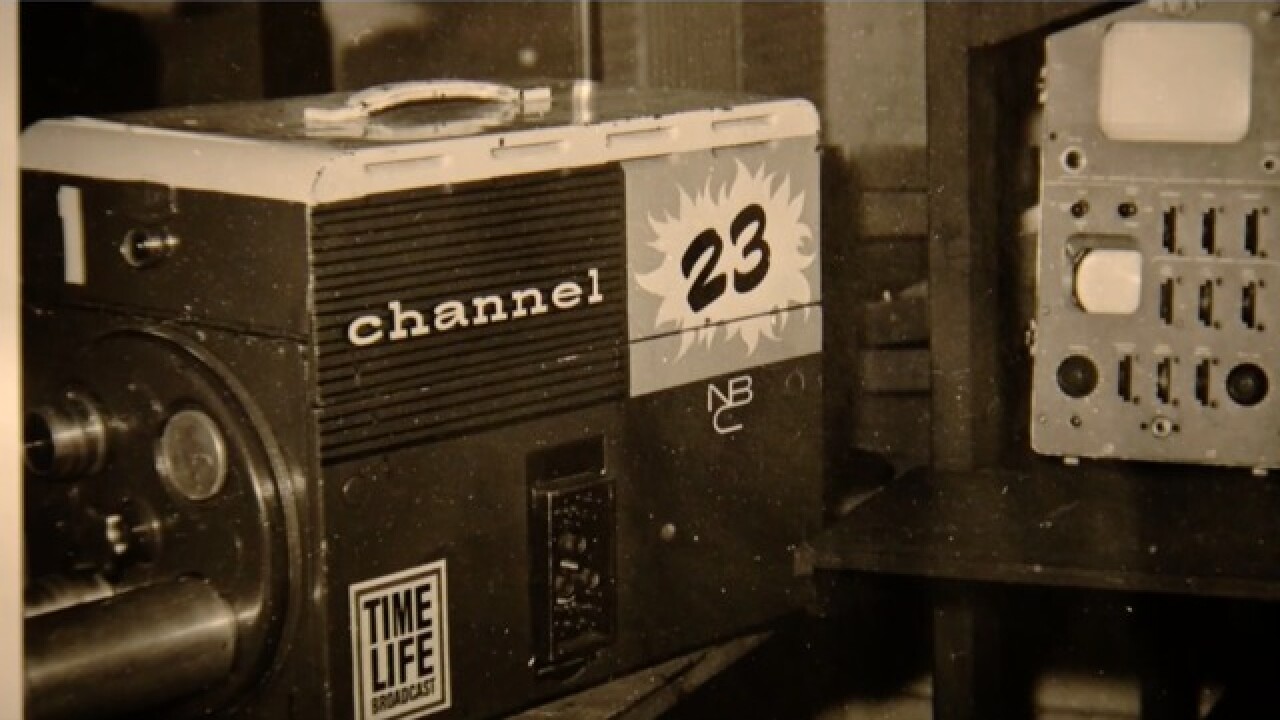 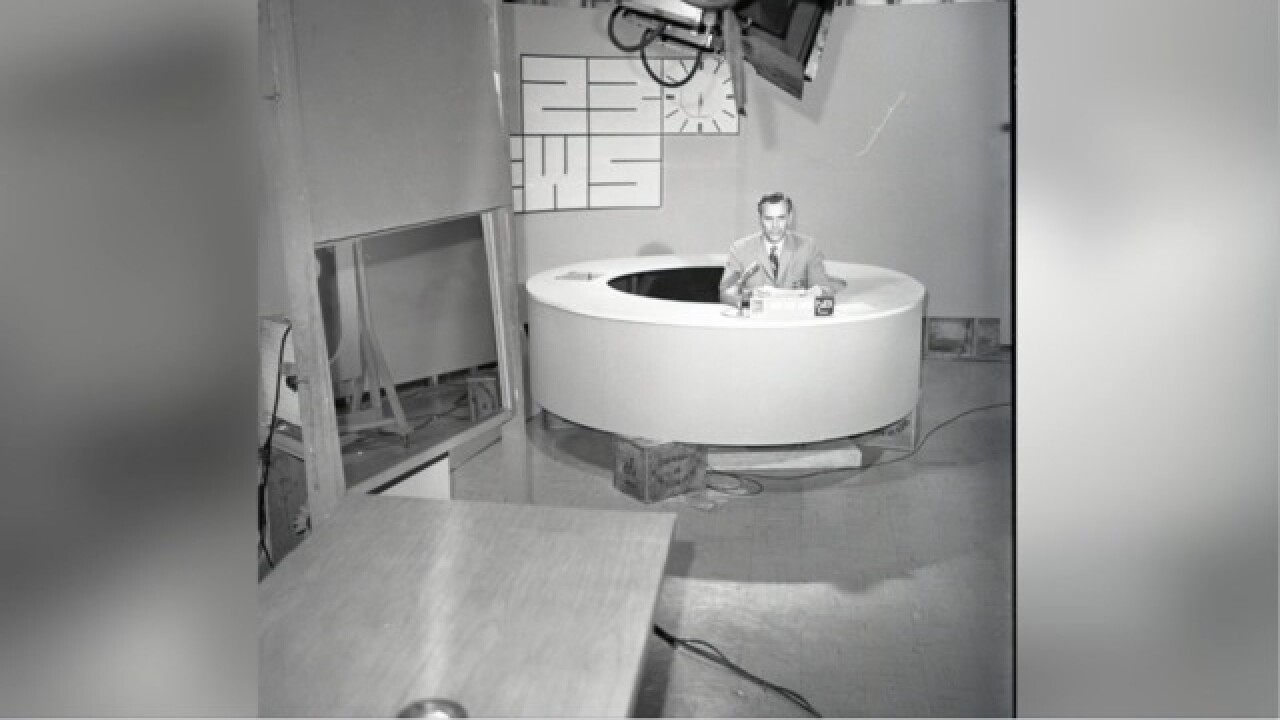 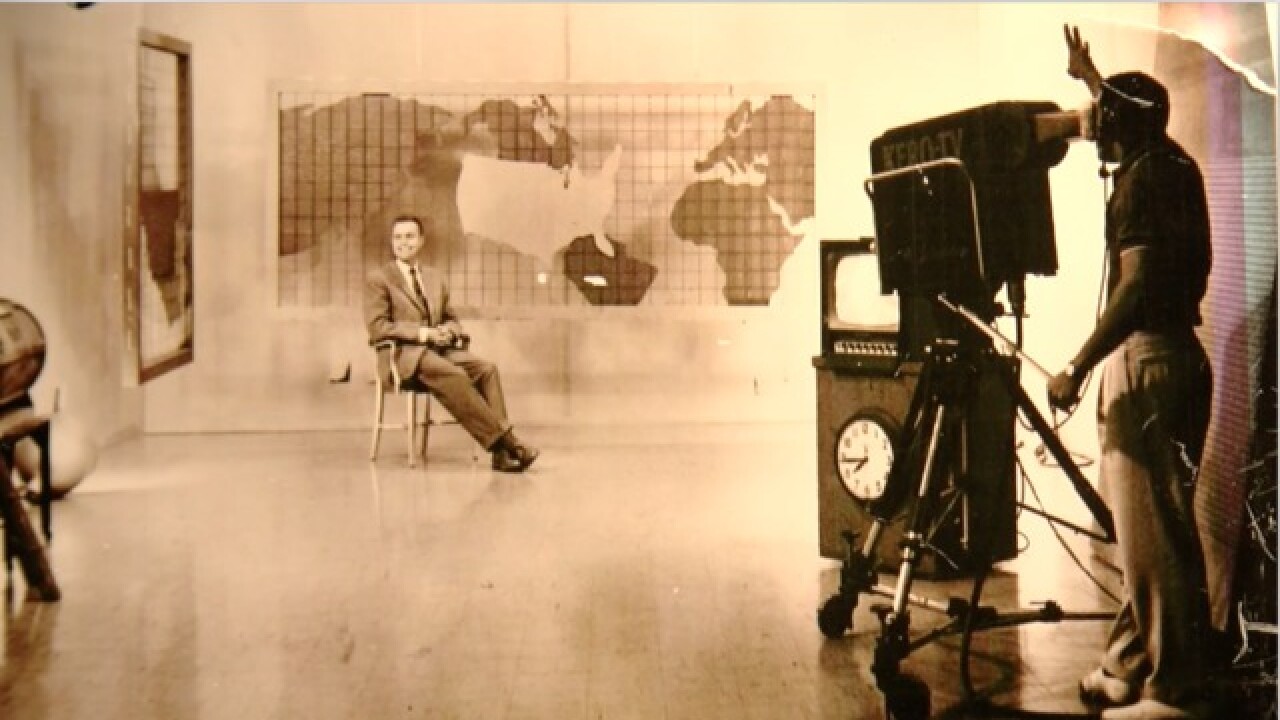 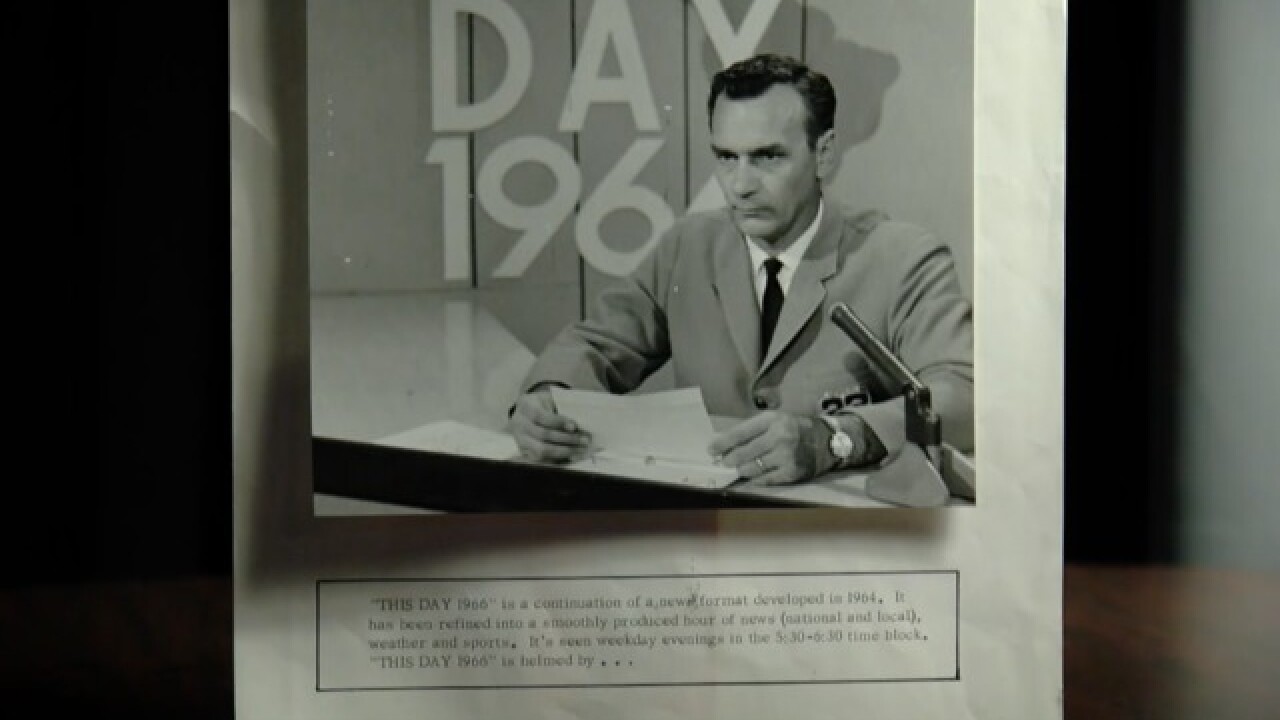 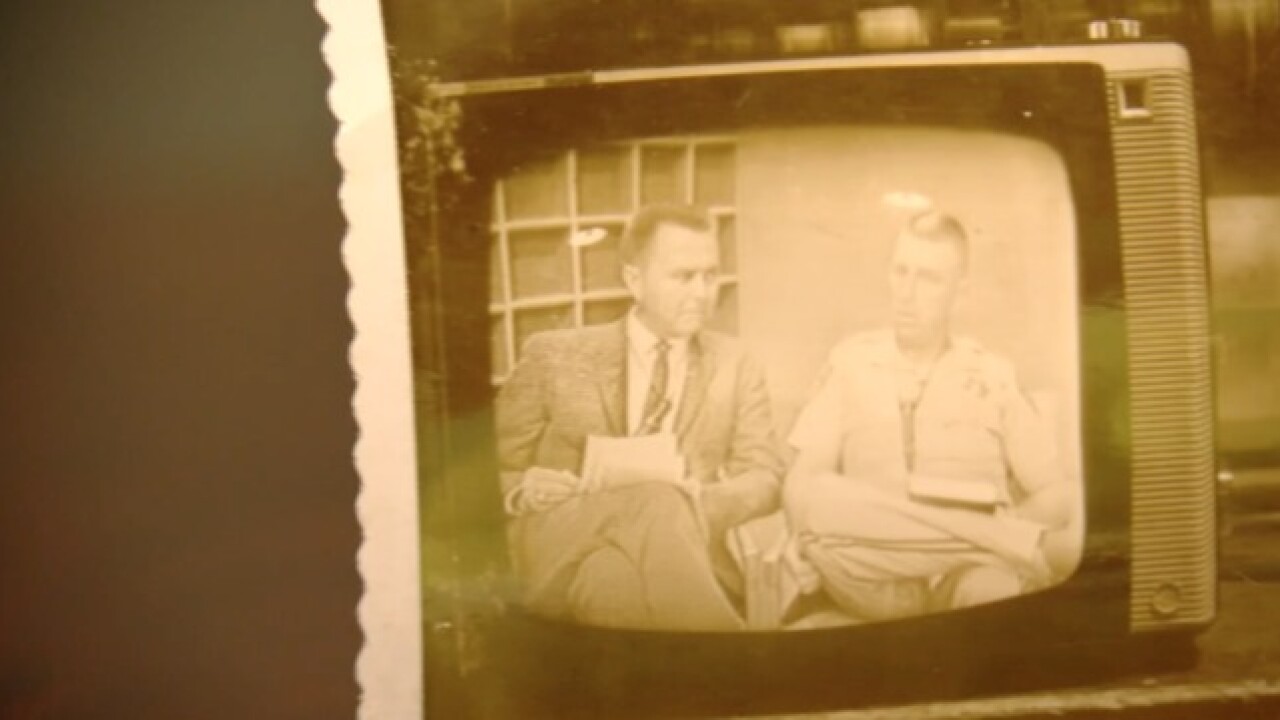 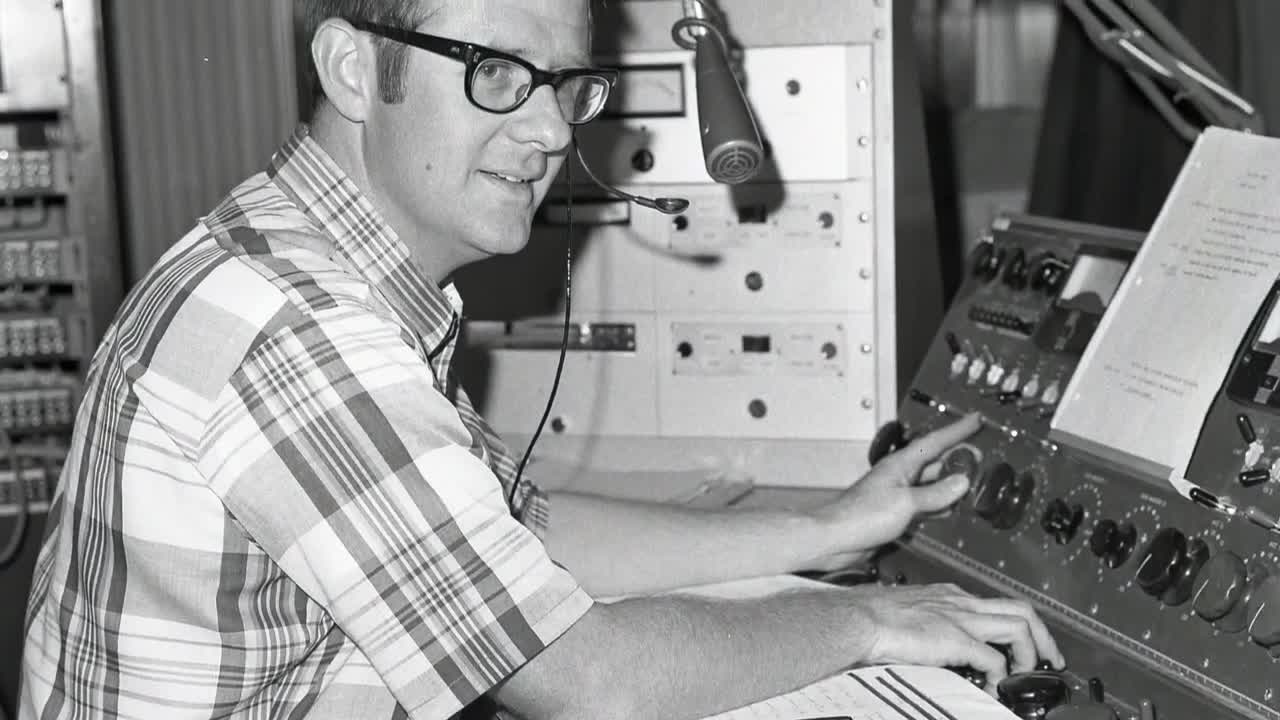 It was 65-years ago, when KERO began its legacy in Kern broadcasting—the year, 1953—most Kern County residents were accustomed to getting the day’s news on the radio.

But those lucky to own a television set would see KERO—it’s first television broadcast from the lobby of the El Tejon Hotel at Truxtun and Chester Avenue.

A few years later, operations would be moved to our current home on 21st Street—23ABC the only local television station operating in the same building for more than 60-years—and during that time, KERO falling under all three major network affiliations at some time, NBC, CBS, then ABC.

It’s here where night after night, Bakersfield and Kern County residents would get their news—the anchor desk—occupied over the years by legendary journalists.—but perhaps the greatest name to grace this stage—a man considered the father of television news in Bakersfield—Burleigh Smith.

He was on all three televisions stations during his 37-year career in Kern County—becoming known as the Walter Cronkite of Kern County news—his face, his voice, and his infectious laugh became synonyms with 23ABC News.

If you were watching the news in Kern County, you were most likely watching Burleigh—his loyal viewers, included the legendary founder of the Bakersfield sound, Buck Owens—who surprised Burleigh with his own red, white and blue guitar live on the air in 1988.

“For years I watched you, I always knew when you told it, that was the way it was going to be,” Buck told Burleigh live on the air.

Burleigh delivering the news on KERO from 1954 to 1960, then again in the 70’s, until a cancer diagnosis took him away from news operations in the late 80’s—his retirement catching the eye of CBS news evening news anchor Dan Rather.

“Seriously Burleigh, we at CBS news know just how much you have meant to Bakersfield and Kern County, it’s your excellence over the years that has helped make 23 news the most watched news in Kern County, good luck my friend,” Rather told Burleigh in a recorded video message in 1988.

He fought cancer for 4-years, and shared his journey with viewers from his hospital room at Memorial Hospital. “I want to thank all the people who sent their cards, letters and their prayers, and my wife Carol, who spent countless hours here with me, she hardly slept during the time, and especially, God I want to thank you so much.”

The moment carried live on 23ABC.

He would lose his battle with cancer in 1990. a vacancy on the news desk, that hit Kern County hard.

Burleigh’s death, and the stories of his life and impact in Kern, delivered by Jim Scott and Robin Mangarin, who together anchored the news at 23ABC during the 1980’s.

Todd Karli and Jackie Parks would follow, anchoring the news together for 15-years—the pair known for their in-depth reporting, and their support of St. Jude Children’s Research Hospital.

But away from the news-hour, KERO’s studio also home to many variety shows through the decades—Including the Cousin Herb Henson show—on the air in the 1950’s—an afternoon variety show centered around the Bakersfield sound—Buck Owens would appear as a guest frequently.

Don Rodewald, who joined KERO radio in 1953, would make the switch to TV in 1956—hosting “The Afternoon Show” two hours of informal, relaxed TV according to a promotional guide found during that time. A show featuring interviews, movies, and popular segments, on the air for nearly 20-years.

Don, telling 23ABC’s Jackie Parks in 2003—his favorite and most popular segment—“come as you are.”

”I would tell people that if you can come down to the station then send me a postcard with your name and phone number, everyday I would draw a card out, and call that person, and say I want you to come as your are, right now to the afternoon show,” Rodewald described.

“It was hysterical what they would being down, some would come down with an iron, one women brought a chicken,” Rodewald exclaimed.

Around the same time, in 1976, KERO becoming the first local television station to broadcast in color—news and broadcasting has of course come a long way in the 65-years since KERO first went on the air—we now connect with viewers online, at any time, when news breaks, hours before traditional news broadcasts.

But one thing that hasn’t changed—our commitment to this community, and our responsibility to tell the best stories that uphold the highest standards of journalism.

23ABC, and the legendary news and programming that has filled the airwaves for 65-years, made right here, in Kern County.