Made in Kern County: Smith's Bakery 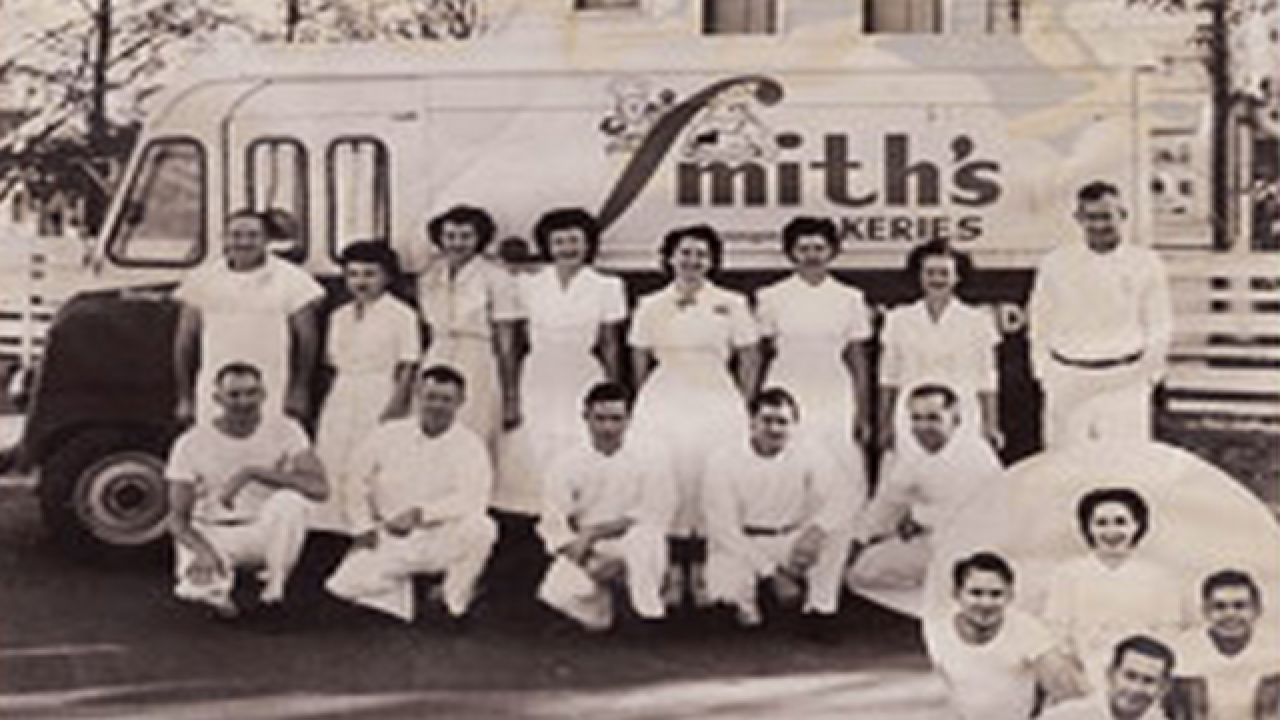 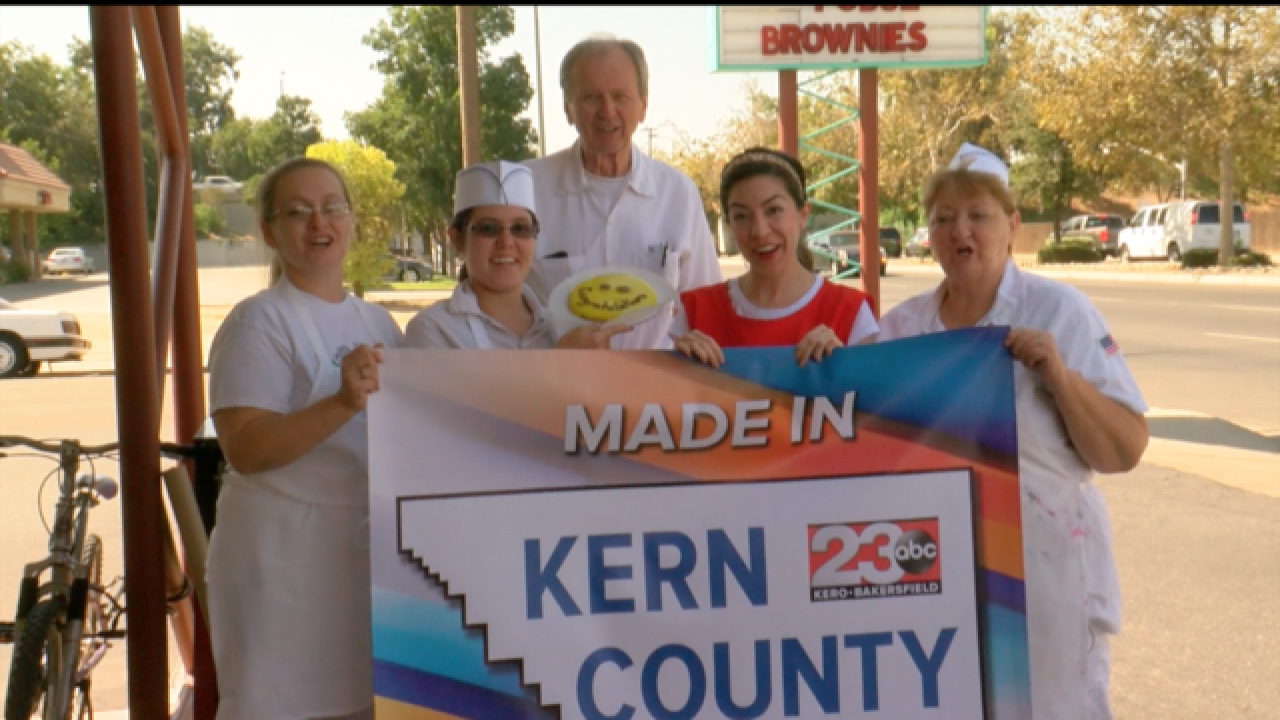 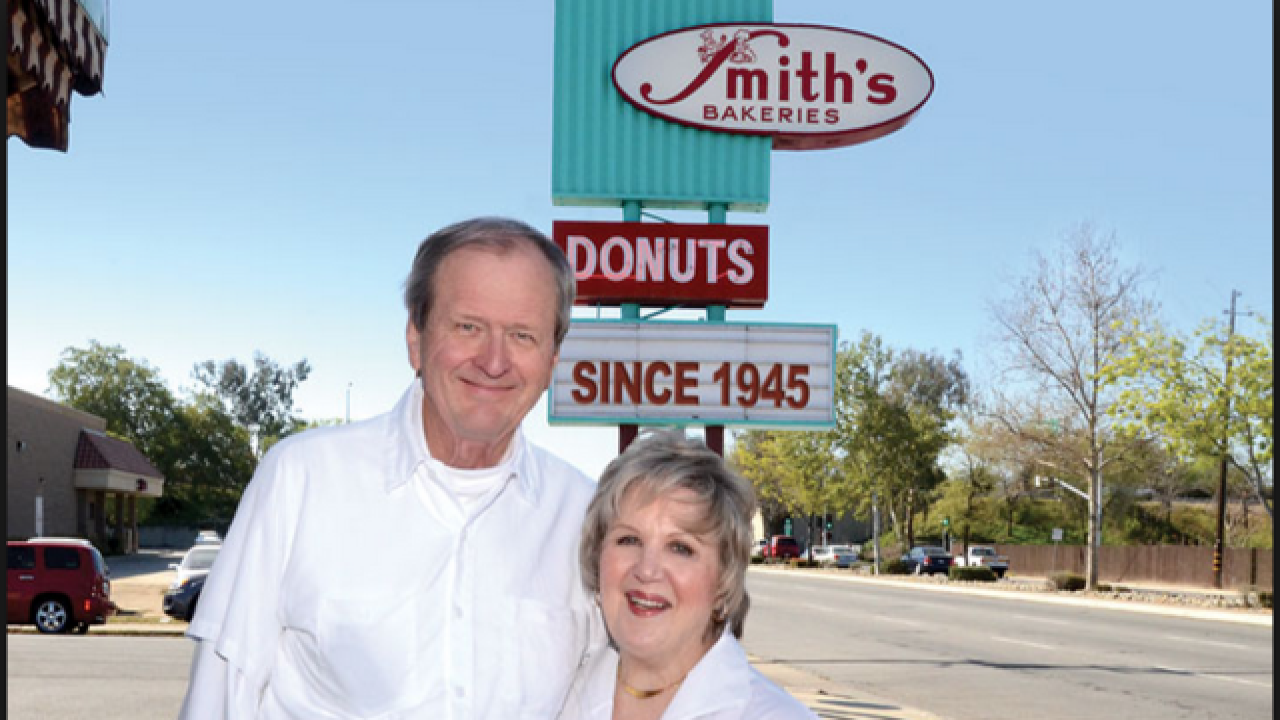 It is morning time in Kern County and that means donuts, and there is no better place than Smith's Bakery. Located on Union Avenue, it has been a staple in our community since 1945.

Today I meet the man who has been involved with baking process at Smith's for more than 50 years. Jim Balmain's father opened Smith's in 1945 and later sold the business to his son a decade later.

Balmain welcomes us to the bakery, we meet in the back as more than a dozen bakers are hard at work. "Thanks for having us here today, I told him. "There is a flurry of activity going on," as Jim tells me this was the best time to visit: Friday at 10am.

It's hard to mistake just how popular Smith's has become. The lobby packed with customers as we set up, the phone ringing off the hook. Employees fulfilling hundreds of personalized orders every day from wedding and birthday cakes, to the everyday box of one dozen donuts.

Jim Balmain has been the owner of Smith's since the 1950's. He employs 47 employees and offers them medical care and retirement options. ”We have a lot of good people, who do good work," Balmain said.

One of those 'good people' baker Mary-Shell Belolo on the job for nearly a year, and excited about her future with the company. "I absolutely love it, I’ve been baking since I was seven, it comes naturally to me," she tells me.

Jim has a simple belief, take care of your employees and customers and your business will thrive.

That theory is paying dividends in the relationships Jim has established over the years. First names are common at the counter, many families in Kern County returning to Smith's every time a birthday or anniversary is marked on the calendar.

Jim Balmain and his wife have kept Smith's mostly the same, with the addition of some new creations such as the pink champagne cake. A colorful cake decorated with sweet pink flakes, a white layered inside with custard filling.

I meet the responsible for the added calories in our lives, Tony Portillo. A soft spoken man grateful for the job. "I like to learn, and hie gives me the chance at my career, he calls me the king of the cakes," Portillio tells with a smile of his face.

Smith's is no doubt the king of cakes and donuts, but now they're also know for the cookie. in the 1960's, Jim and an associate had the idea to put a smiley face on a cookie, thus the 'Happy-Face' cookie was born. So popular, bakers are rolling out more than 140 dozen of the cookies on a regular day.
But aside from new items, and an ever changing business climate, Smith's is doing things the same way, since the day the company was born.
Jim acknowledges people have a lot of options when it comes to where they buy donuts, cakes and cookies. But he hopes his honest approach to business will keep people shopping local.
Just another reason to support Smith's Bakery after all...it's only 'Made in Kern County.
Smith's Bakery is located at 2808 Union Avenue.

Tim Calahan is the 5,6 & 11p.m. anchor for 23ABC. If you have an idea for an upcoming 'Made in Kern County' segment and would like to request him to highlight your business, please fill out the contact information to the right.