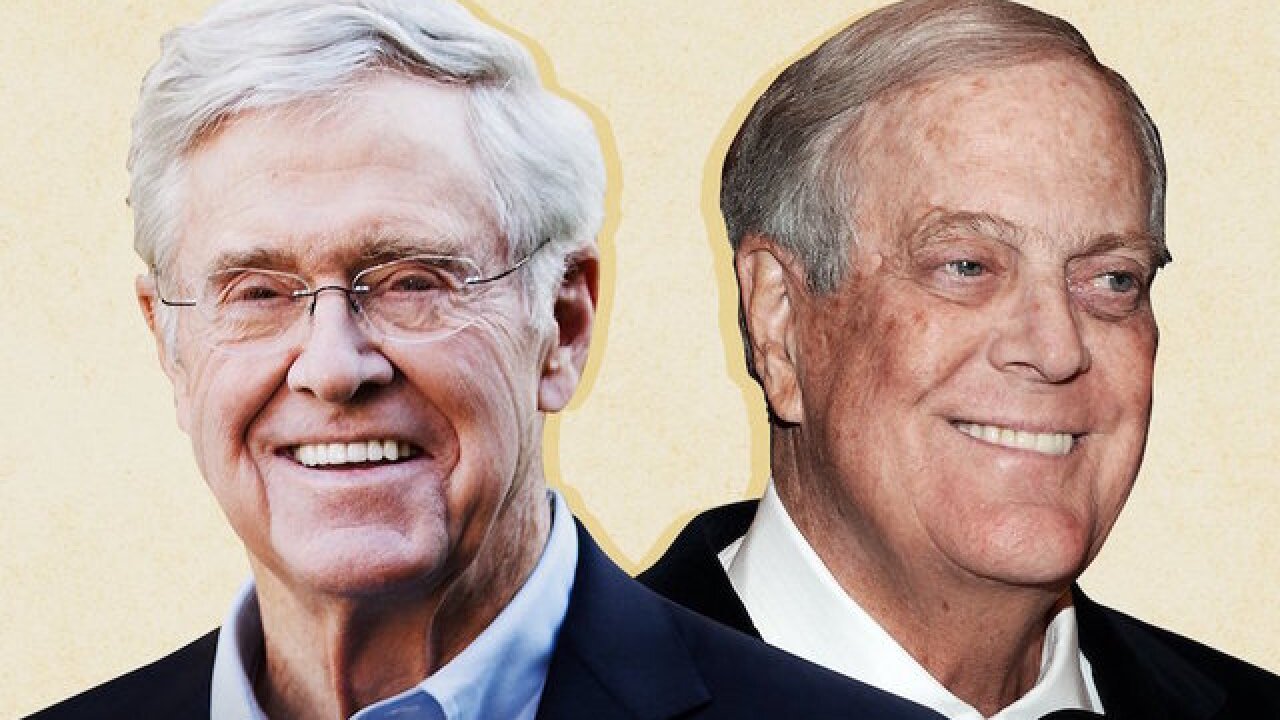 President Donald Trump on Thursday continued his attacks on billionaire Charles Koch, his latest broadside against the conservative donor who is vital to Republican candidates.

"Charles Koch of Koch Brothers, who claims to be giving away millions of dollars to politicians even though I know very few who have seen this (?), now makes the ridiculous statement that what President Trump is doing is unfair to 'foreign workers.' He is correct, AMERICA FIRST!" Trump tweeted.

Trump's public attacks against Koch and his brother David, who recently retired, highlight a growing divide between the populist base of the Republican Party represented by the President and the business-minded wing that for years has relied heavily on the Koch brothers' financial support and influence.

The President was apparently referring to remarks Charles Koch reportedly made over the weekend when he told reporters that he thought the Trump administration's trade policies are "unfair" to other countries. The Koch brothers have opposed Trump's tariff and trade policies.

The President amped up his attacks on the Koch brothers this week after he was criticized at a Koch network summer meeting.

During the conference, network co-chair Brian Hooks criticized Trump and his administration, saying "the divisiveness of this White House is causing long-term damage."

And Charles Koch said that his network would "hold people responsible" for not defending his network's libertarian principles and policy priorities, raising speculation that the Kochs are reconsidering their typically full-throated support for Republican candidates in the midterm elections.

Trump responded on Tuesday, calling the brothers a "total joke in real Republican circles" and claimed he never "sought their support because I don't need their money or bad ideas."