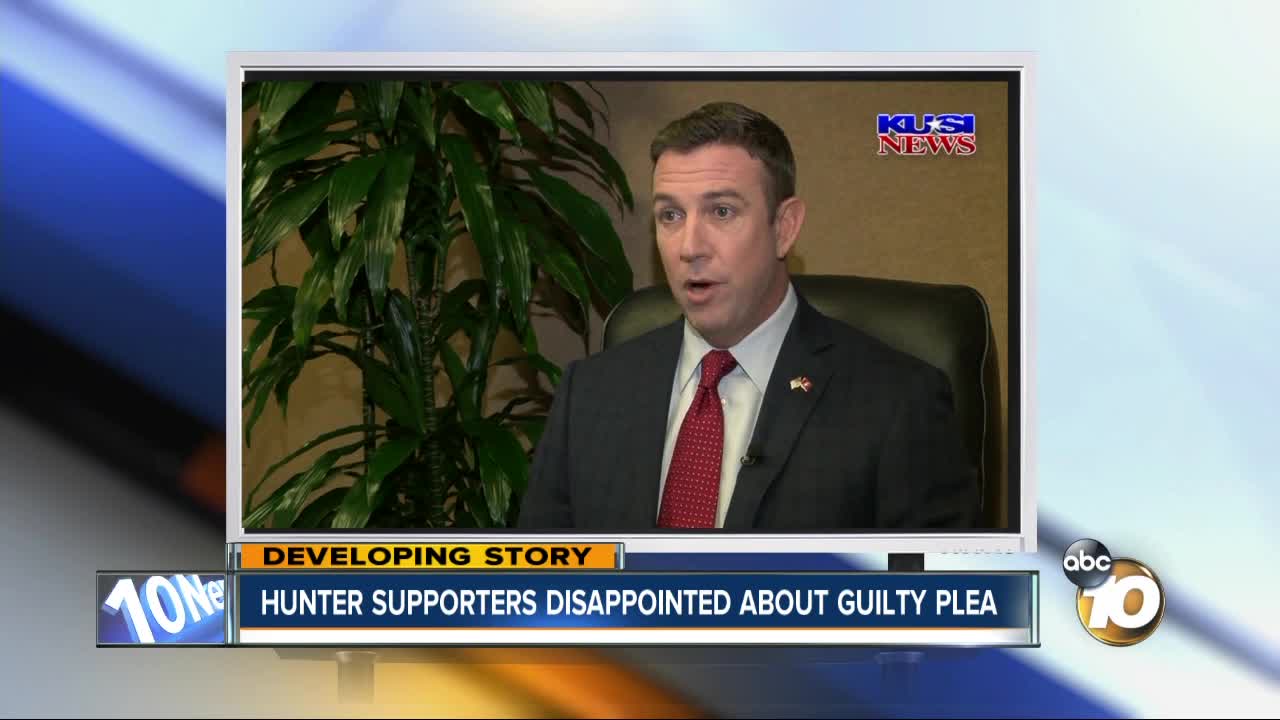 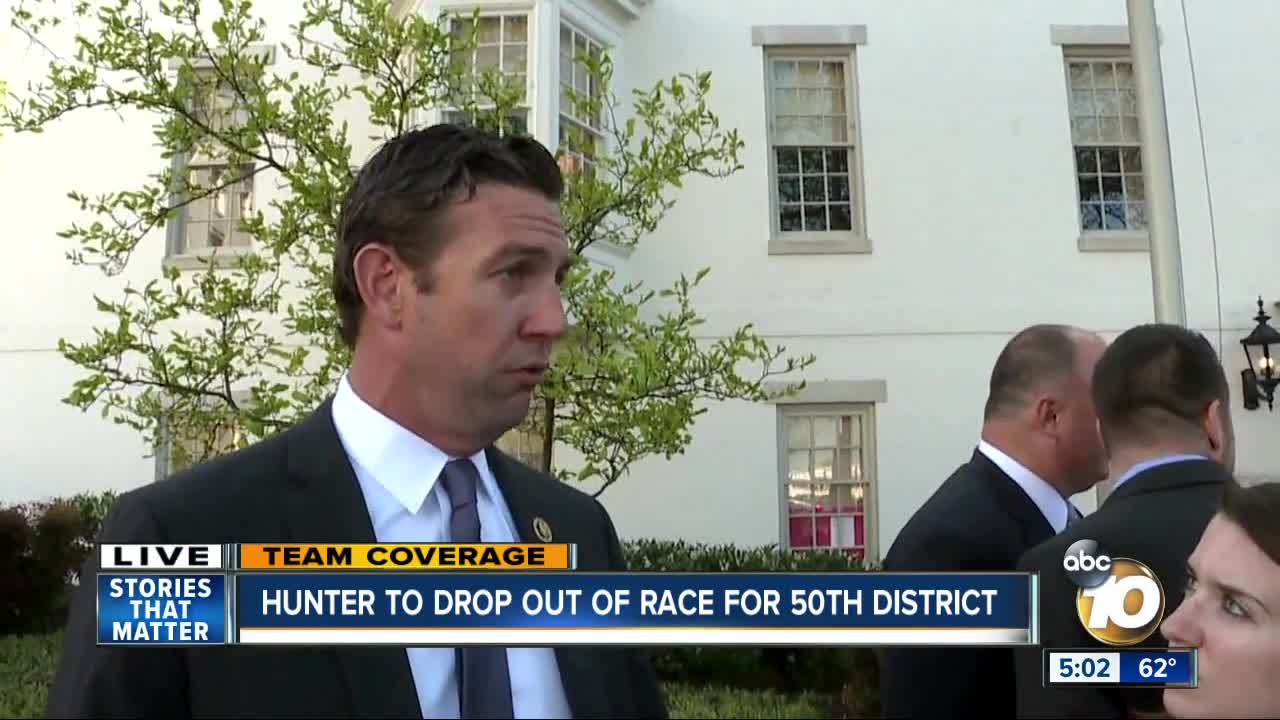 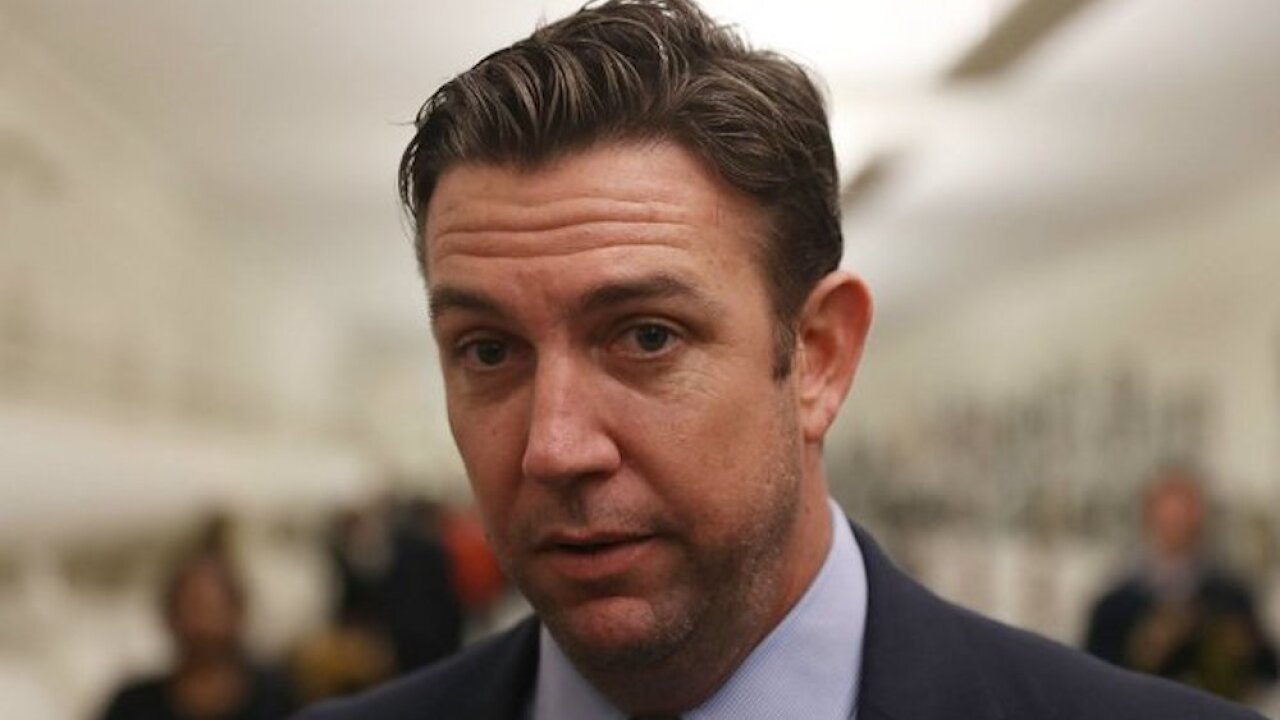 Hunter could face a jail term of between 8-14 months, and he won't be able to own a firearm and may not be able to vote.

"My trial was set for January 22 — that's not going to happen now. Tomorrow, on Tuesday, I'm going to change my plea to guilty. I think it's important not to have a public trial for three reasons, and those three reasons are my kids ... It's been a privilege to serve in Congress for 11 years, three tours in the Marine Corps in the wars. I think we've done a lot of great things for the nation," Hunter told KUSI Monday.

Concerning his congressional seat, Hunter told KUSI that it would be "passed off to whoever takes the seat next. We'll make sure it's a seamless transition."

Hunter's decision to potentially change his plea comes after several months of public denials of wrongdoing. He and his wife Margaret were indicted in August 2018 on dozens of criminal counts, including wire fraud, conspiracy and falsification of records.

The Hunters were accused of misusing $250,000 in campaign contributions on personal expenses, lavish vacations and other purchases.

Margaret Hunter pleaded guilty in June 2019 and agreed to testify against her husband.

Last November, Hunter held off a challenge from Democrat Ammar Campa-Najjar and was re-elected to remain the 50th District congressman.

Darrell Issa, a former California Republican congressman that served as the House Oversight Committee, and who has entered the race for Duncan's seat, released the following statement:

"As a friend and a colleague, I thank Duncan Hunter for his service to our country in the Marine Corps and in Congress, where he has always been a strong conservative voice on behalf of his constituents," Issa said. "Though his misuse of campaign funds was clearly wrong, I wish him and his family the best as they address the matters ahead of them."

Carl DeMaio, a Republican who's also in running for Duncan's seat, released the following statement:

"While this must have been a tough decision for him, Congressman Hunter's decision to plead guilty is the right one for his family and his constituents and shows that no one should be above the law - especially Members of Congress. My thoughts and prayers are with the Hunter family as they go through this difficult process."

The campaign staff for Campa-Najjar, a Democrat running for the Congressional seat in the 50th district, called it a "sad day."

"No constituent hopes to see their congressman plead guilty to corruption ... my thoughts are with Major Hunter and his family, I want to thank him for serving our country," the statement read, in part.

"Voters across this country are calling for a change from Washington's culture of corruption and Rep. Duncan Hunter's admission of guilt is a fitting reminder that at least two admitted criminals have called the Republican House Caucus in Washington home for years. While the Great California Crook-Off in CA-50 may now have one less corrupt Republican running, the Washington GOP will have to choose which one of the remaining crooks running for Congress they will want to line up behind – Issa or DeMaio," the DCCC said.

This story was originally published by Zac Self on KGTV in San Diego.