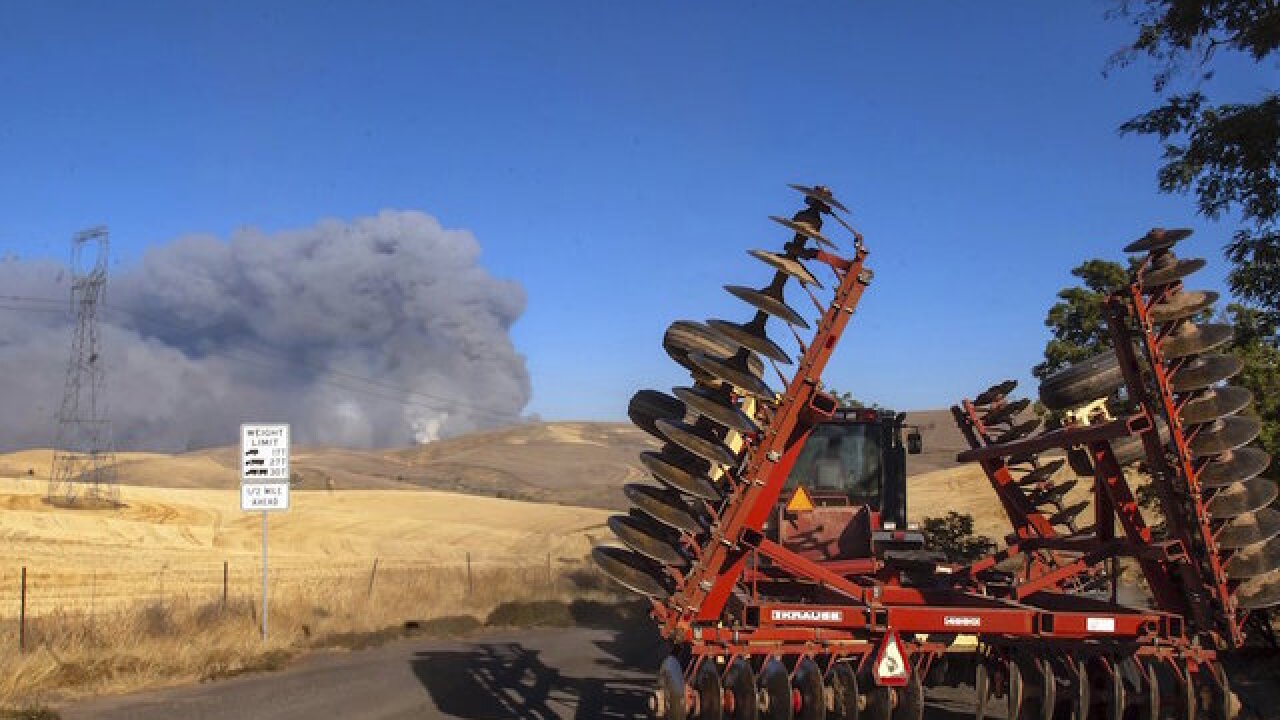 © 2018 Cable News Network, Inc.
Mark Gibson/AP
<p>A tractor with a disc trailer rolls toward the fire on its way to cut fire lines.</p>

A 36,000-acre wildfire in northern Oregon has left one person dead and residents fleeing their homes, officials said Wednesday.

The Substation Fire is raging across two counties, according to the Oregon Office of State Fire Marshal.

Wasco County sheriff's deputies located the body of a person they said appeared to have died as a result of exposure to the fire. The individual was found not far from a burned tractor, and authorities say he or she was trying to slow the blaze by creating a fire line.

Evacuations are in place for Sherman County and Wasco County, according to Mitch Ward, spokesman for the state fire marshal.

Gov. Kate Brown has officially declared the fire a conflagration, which allows the state fire marshal to mobilize firefighters and equipment to aid local authorities fighting the fire.

The fire started at or in the vicinity of an electric substation and dry hot winds and dry brush and leaves on the plains and prairies spread the fire quickly, according to Ward.