101-year-old veteran's obit: Death is an excuse not to get wife a birthday gift 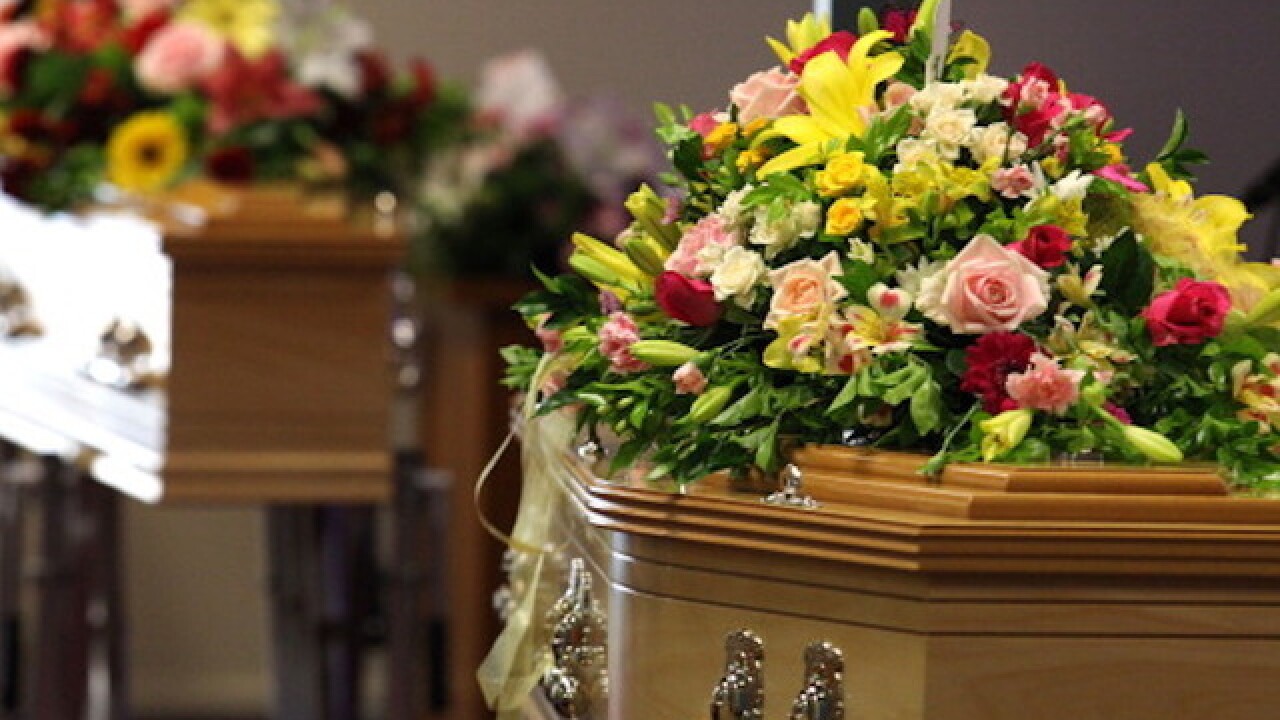 Image copyright 2018 Getty Images. All rights reserved. This material may not be published, broadcast, rewritten, or redistributed.
Pool
<p>GATTON, AUSTRALIA - JANUARY 20: Flowers cover the coffins at the funeral of Noelene and Yvana Bischoff at the Gatton Baptist church on January 20, 2014 in Gatton, Queensland, Australia. The mother and daughter were farewelled at the funeral service after they fell fatally ill while on holiday in Bali. (Photo by Tertius Pickard-Pool/Getty Images)</p>

NORFOLK, Neb. — After a veteran in Norfolk died, his obituary wasn't all that sad.

The obit, which appeared in the Norfolk Daily News, touches on the fact that it was 101-year-old Verne Petersen's time to go because chocolate didn't taste good anymore and it was an excuse to not acknowledge his wife's birthday.

The obit goes on to talk about how Peterson didn't understand why his parents gave him a name no one could pronounce and how he would talk in song lyrics and tell jokes to amuse himself and not others.

Verne Petersen decided enough was enough on July 10, 2018, just eight days before his spouse’s birthday and 41 days before their 70th wedding anniversary.

When you are reduced to drinking tepid, thickened coffee and chocolate no longer tastes good, it is time to go. Plus it gave him the best excuse for not acknowledging his spouse’s birthday or their anniversary. (She was the proud recipient of a new dust pan one year.) He was 101 years and four months, and it was his opinion that no one should live that long.

Verne was born in Huron, S.D., on Feb. 25, 1917, to a Danish father and a Norwegian mother. He never understood why they gave him a name neither could pronounce and most people misspelled. In later life, he grew to appreciate using this as a screening tool for unwanted solicitations.

Verne took a job with the Chicago & Northwestern Railway in September 1938. He was transferred to Norfolk in July of 1940 and drafted and inducted into the U.S. Army in August 1941, where he served until Oct. 23, 1945. When offered the opportunity to make the Army his career, he emphatically declined and returned to his job with the railroad. He continued to work for the railroad until his retirement in July 1977.

Verne married Anna Lorenzen on Aug. 22, 1948. He was amazed and thankful until the day he died that she said yes. (His Army buddies were also shocked.) Some of his final words were his vow to love her “forever and always.” They raised five children together. He made countless trips to Lincoln, helping children move into and out of dorm rooms and apartments with a minimum of complaints.

Verne enjoyed making himself laugh, and it didn’t matter if anyone else got the joke. Laurel and Hardy, W.C. Fields, Fred Allen, Rube Goldberg and James Thurber were some of his favorite humorists. He liked playing with words and could turn anything into a curse. He would talk in song lyrics just to amuse himself and then quiz people on the rest of the lyrics to the songs.

Verne was a collector of stamps (before the infamous chicken stamp honoring the poultry association), arrowheads, coins, fossils, guns, interesting rocks, bits of metal, gears, doorknobs, etc. He liked to share his collections, and if visitors were not careful, they would often find their vehicles a little heavier when they left.

Verne was preceded in death by his parents; his mother-in-law, Catherine (Hoos) Lorenzen; his dog, Sport; his sister, Bernice Petersen; his cat, Cat Ballou; his replacement cat, Stupid Cat; his sons, Loren and Steven Petersen; his daughter-in-law, Edith Petersen; most of his classmates; his army buddies; his eye sight, hearing and most of his teeth; six brothers-in-law, John Lorenzen, Chris Roth, Brad Bradley, Elmer Hansen, Herman Hansen and Carsten Lorenzen; his filter; most of his coworkers on the Cheap and Nothing Wasted Railway; his sisters-in law, Ruth Hansen and Mildred Lorenzen; all his cars; and most of his cousins. When you live to be over 101, the list gets pretty long.

Condolences may be expressed to the family online at www.stonacekfuneralchapel.com.