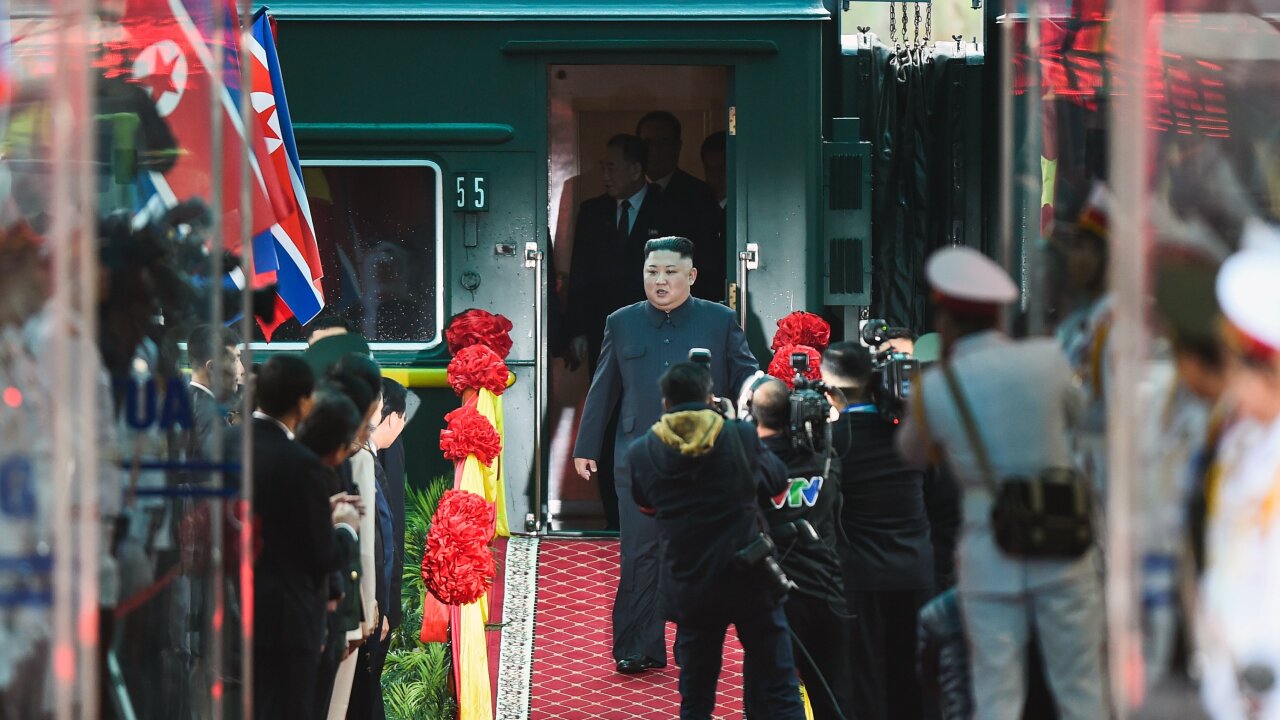 VIETNAM — The stakes are high for Trump-Kim round two.

While success for the Trump administration very much hinges on making progress in eliminating North Korea's nuclear weapons, what constitutes success for Pyongyang is much more nebulous.

Here are three theories on what Kim Jong Un might consider a win for his country.

Secure a political declaration to end the Korean War

The biggest prizes for Kim will be diplomatic as well as economic.

Kim, like Trump, craves a big dramatic and historic moment in which the two leaders, foes for seven decades, stand side by side to declare a political end to the Korean War. To be clear: Such a declaration would not serve as a peace treaty formally ending the war. But it would be enough for Kim to take home to his people as a propaganda victory.

Ending the Korean War was a goal neither his father nor grandfather accomplished before dying; to accomplish that task would cement his authority inside North Korea as a master statesman and military strategist.

Such a declaration would allow Kim to turn the country's focus away from war and toward the economy; it also would start the lengthy process of negotiating a formal peace treaty with China, the United Nations and the United States.

More importantly, Kim will be seeking economic concessions in return for rapprochement and promises to give up elements of his nuclear program. A lifting of crippling UN sanctions imposed on North Korea is a priority for Kim. Once sanctions are eased, South Korea in particular is poised to restart joint economic projects that could serve as an economic lifeline to Pyongyang as well as to rebuild North Korea's decaying infrastructure. In addition, Seoul must wait for concrete nuclear concessions from North Korea to justify lifting its own bilateral sanctions in place since 2010.

For Kim, a successful roadmap to denuclearization in Hanoi would pave the way for North Korea's return to the international fold, politically and economically, while delaying the complete relinquishing of his prized nuclear assets for many years to come.

Show up for a modest win

Kim Jong Un has several paths to a win in Hanoi -- and unfortunately Trump seems determined to make it happen.

Kim gains a modest win by just showing up and repeating his performance at Singapore -- being seen to engage the United States as a nuclear power, gaining new opportunities for diplomacy and trade and raising the chance of sanctions relief from Beijing and Seoul.

And while he is sitting with Trump in Hanoi, his centrifuges continue to spin and missile factories continue to build. The negotiations help him navigate a precarious moment in his nuclear program, buying time to expand, conceal, and deploy his arsenal. Vague assurances and symbolic displays cost him nothing.

On the other hand, Kim can win big if Trump ignores his advisers and impulsively offers a major concession for free, as he did in Singapore by halting military exercises. This is made more likely as Trump's advisers seem willing to help him conceal the events of the Singapore summit from Congress and the American people, and plan to let him meet with Kim alone.

Trump appears to be anxious to replicate his loss at Singapore, telling a crowd in El Paso , "hopefully we do as well with the second summit as we did with the first."

For Trump, there is only one path to success: Force Kim Jong Un to make the hard choice. Is he willing to accept a rudimentary arsenal in exchange for better security relationships and a better economy?

Getting the right answer will mean resisting the temptation to declare an easy, early victory and instead adopt more realistic objectives, start detailed negotiations on verification, and make sustained and practical efforts to transform the relationship. There will only be so many chances to do so. They are too important to waste.

The international community needs to clearly understand the North Korean leader's strategic goals regarding what will happen during and after the Hanoi summit. Kim Jong Un appears to have two strategic goals. One is to maintain an independent nuclear strategic deterrent to safeguard national security.

Unless real trust is built between the United States and North Korea, which could take decades if things go well, there is little that Washington can do to make its security guarantee to Pyongyang look credible and irreversible.

For this reason, the international community should not expect any concessions from North Korea that would undermine its capability to maintain its existing nuclear deterrent for the foreseeable future.

If US President Trump is willing to accept a deal that focuses on freezing North Korea's nuclear and missile programs and preventing their further advancement, as opposed to eliminating the core elements of its existing capabilities, that would help Kim achieve his most important goal.

That said, this would not necessarily be a bad outcome. The coercive leverage of the international community is very much limited by our desire to avoid a major war with North Korea.

Under such conditions, forceful disarmament is beyond our reach and concrete steps by North Korea to freeze and limit the scale and scope of its nuclear and missile programs would be meaningful contributions to nuclear risk reductions.