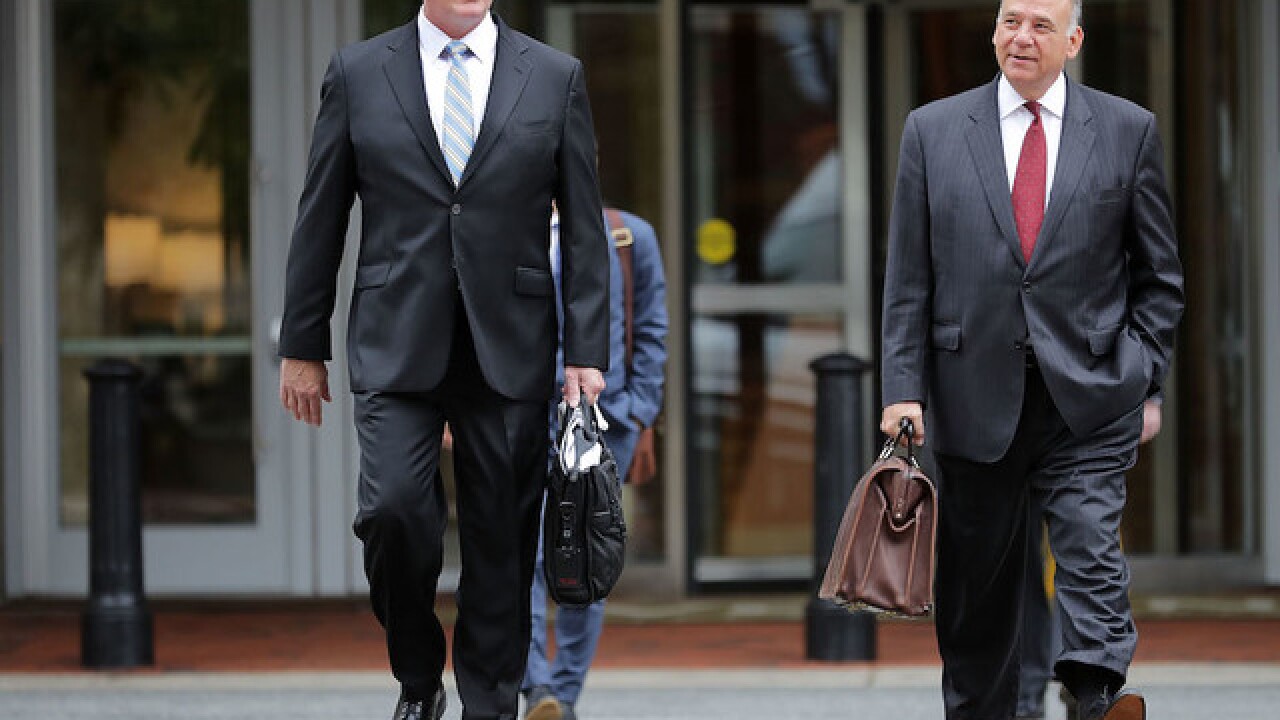 Paul Manafort's accountants testified against the former Trump campaign chairman on Friday, telling jurors that loan amounts were fudged to help him on his taxes, loan documents sent to banks were forged and that he did not disclose his financial stake in foreign companies.

Testimony from the financial professionals who worked for Manafort are making up the meat of special counsel Robert Mueller's case against Manafort, who is charged with 18 counts of tax and banking crimes.

Phil Ayliff and Cindy Laporta, who prepared Manafort's taxes, also detailed their extensive dealings with Manafort's longtime deputy, Rick Gates, who is poised to be a key witness in the trial. Gates pleaded guilty and agreed to cooperate with Mueller's team in February after he was charged alongside Manafort last year.

The case is the first that Mueller's team has taken to trial as part of its broad investigation of Russian election interference in 2016, and the trial is occurring while the special counsel negotiates with President Donald Trump's legal team about Trump being interviewed.

Laporta, who has been granted immunity for her testimony, said her firm falsified a loan amount at the request of Gates to help Manafort pay less in taxes.

The loan on the books was for $900,000 from a shell company called Telmar Investments Ltd. Gates had asked her colleagues to fudge the number in September 2015 up to that amount.

The tax return Laporta ultimately filed for Manafort for 2014 was incorrect, she said. Reporting a fake amount allowed Manafort to pay less in taxes.

When asked why she went along with the false loan amount, Laporta explained, "I had a couple of choices at that point. I could have refused to file a return," which would have opened her firm up to legal risk.

Or, she said, "I could have called Mr. Manafort and Rick Gates liars."

But Manafort was a longtime customer, so she chose to do neither, and accounting firm KWC filed the tax return.

"It was not appropriate. You can't pick and choose what's a loan and what's income," she said.

"I very much regret it," Laporta said.

Prosecutors did not specify which entity extended the "loan" to Manafort. Several times during the trial, prosecutors have pointed out how loans from Manafort's shell companies to Manafort were forgiven without ever being paid down.

Laporta testified that a letter she sent from the shell company Peranova Holdings to Citizens Bank to help Manafort get a multimillion dollar loan in 2016 was a fake.

Peranova Holdings, a Manafort-controlled shell company, had "loaned" Manafort $1.5 million for several years -- a fiction in itself because it helped Manafort reduce his taxable income, prosecutors have alleged.

In 2016, when Manafort sought a legitimate Citizens Bank loan, the bank said it worried that his company DMP International didn't have enough cash to pay back its debt to Peranova. So Gates sent Laporta a forged loan forgiveness letter from Peranova, back-dated a half-year earlier.

He told her in an email he would "chase down the signatures," effectively acknowledging the letter he provided from the supposed lender wasn't real. The fake letter was later signed by a Georgia Chrysostomides.

Laporta then took the fake letter and created another letter on her tax firm's letterhead endorsing it. She sent it all to Citizens Bank in an email attachment from her office on the evening of February 24, 2016.

Prosecutors showed the jury the false documents. The one Gates made was a Microsoft Word file -- which is easily edited -- and the one Laporta sent to the bank was a pdf file, which carried more security.

"I honestly believed that the bank would have to vet that document themselves, and I felt protected by having them [Gates and Manafort] prepare that document," she told the court. "I wanted it to be the client's document."

Laporta, who has immunity from prosecution in exchange for her testimony, testified that she knew the documents were counterfeit. She also said both Manafort and Gates knew about what she provided to the bank, and that she knew of nothing Gates was hiding from Manafort.

Ayliff said his tax preparation firm received several emails from Manafort and Gates that assured the accountants they had no foreign accounts. And the firm asked Manafort directly in an email in 2011 if he, his wife or two daughters had foreign accounts.

Manafort said no, according to the email shown to the jury.

Again in 2012, Gates told the accounting firm "we do not need to file for Paul" documents that showed his interest in Cypriot accounts to the US government. In 2013, the accountants asked about Manafort's foreign accounts a third time.

The accountants reminded Gates in an email that Manafort would need to disclose to the US Treasury Department any foreign accounts he controlled. "As discussed, to my knowledge, nothing has changed," Gates wrote back.

The tax preparer was asked about several companies identified on a client list provided by Manafort. Ayliff identified nine of them, including Lucicle Consultants Ltd. and Global Highway Ltd., as clients.

Prosecutors have alleged in the indictment that some of the same companies were actually controlled by Manafort and were used to pay vendors for home renovation, expensive suits and luxury cars.

Ayliff said he had no knowledge that Manafort or Gates had any financial interest in those companies. He added that he had no understanding of the relationship with the companies beyond them being identified by Manafort and Gates as clients.

Manafort tried to assure a bank that the Trump Tower property he owned on Fifth Avenue in New York was used as a personal residence when in fact he used it as a rental property, Ayliff also told jurors.

After Manafort suggested to Ayliff in an email that the Trump Tower property "has never been a rental property," Ayliff spoke with a bank, UBS, that had inquired about the condo's usage.

"I told them exactly. It was a rental," Ayliff said in court.

Manafort had always used the condo as a "self-rental," Ayliff added, meaning that his company DMP International rented it from another company Manafort controlled, John Hannah LLC.

Manafort and his business associates stayed in the Trump Tower space when they traveled to New York instead of paying for hotel rooms, Ayliff said.

Whether the property was a rental or a personal residence affected Manafort's tax deductibles, Ayliff said. It also speaks to the general theory prosecutions have built towards, that Manafort lied to banks about how he used his real estate so that he could get more mortgage funding than the banks would normally be willing to lend.

Ayliff testified that another property, on Howard Street in New York, also was a rental listed on AirBnB even though Manafort called it a personal residence. The Howard Street condo is named in the indictment as part of one bank fraud allegation."

Paying himself a salary

Ayliff also told the jury that in 2012, Manafort was improperly paying himself a salary through the consulting company he and his wife fully owned.

Manafort reported on his 2012 tax return a total income of $5.36 million. At the time, he and his wife each owned 50% of the Ukraine-focused political consulting firm DMP International.

He also reported earning wages of $1.99 million -- the amount a bookkeeper testified to as well Thursday.

Partners with ownership of businesses like DMP International shouldn't pay out wages, Ayliff testified. "When we found out he had been paid through the payroll company, we stopped the practice going forward," but still reported the amount on Manafort's 2012 tax return, Ayliff said.

That year was also when DMP International received a $1.5 million loan from his alleged shell company Peronova Holdings Ltd., which was forgiven and counted as income years later.

It was the first year DMP International existed, after a previous consulting firm that Manafort solely owned was liquidated.