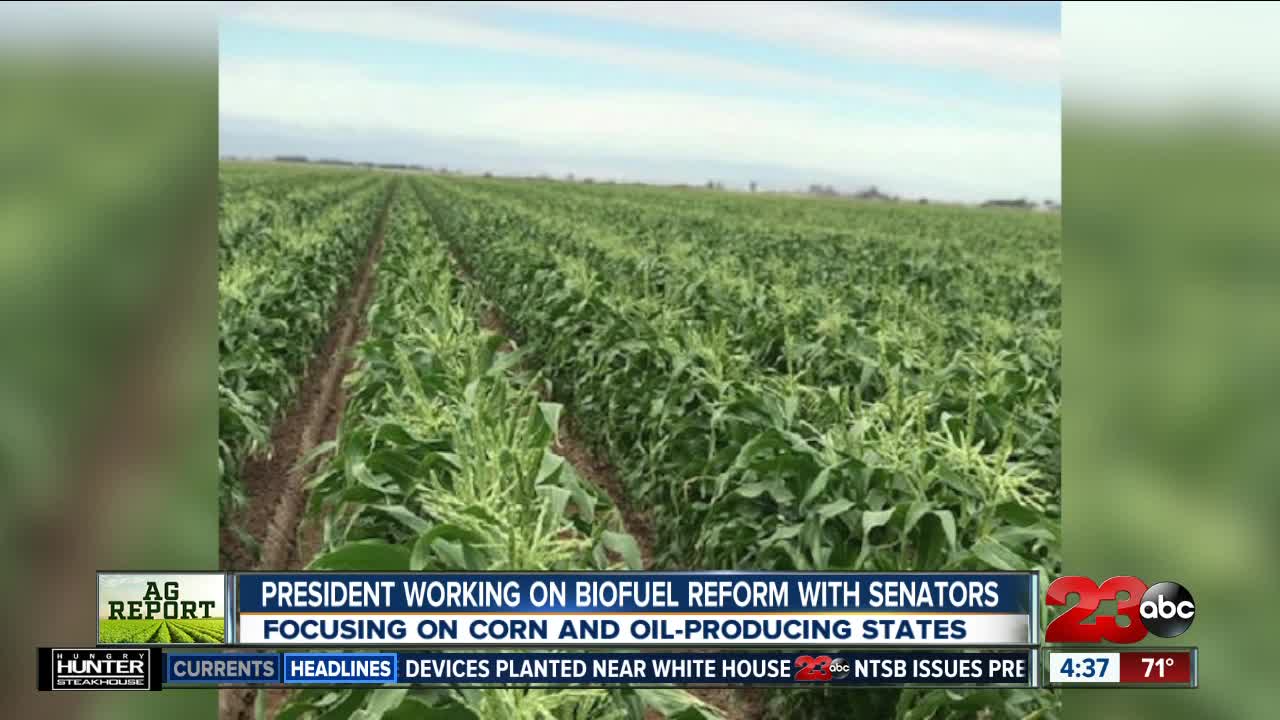 The tepid relationship between the United States and China might be warming up. In addition, President Donald Trump met with U.S. Senators from key farm states on Thursday as part of an ongoing effort to boost ethanol demand. Plus, The EPA announced the organization is going to do away with certain clean water regulations.

The tepid relationship between the United States and China might be warming up. President Donald Trump's tariff delay on Beijing could ease tensions between the two superpowers. President Trump with a partial peace offering toward China - a two-week reprieve in a tariff increase. The increase from 25 to 30-percent on $250 billion worth of goods was originally set to begin on October 1st when China will celebrate its 70th anniversary.

"This was done as a goodwill gesture to the Chinese," said Treasury Secretary Steve Mnuchin.

The Trump administration's announcement also comes on the heels of Beijing waiving import tariffs on some U.S. items. U.S. and Chinese officials are expected to resume trade talks sometime next month in Washington, but a date has yet to be set. Some analysts say this stand-off is hitting both countries in the wallet. Chinese trade data shows soft global demand is affecting its economy and this summer, U.S. manufacturing fell for the first time in three years.

In addition, President Donald Trump met with U.S. Senators from key farm states on Thursday as part of an ongoing effort to boost ethanol demand and help hard-hit corn farmers according to Reuters. The president met with a group of corn-state Republican lawmakers that included Iowa Senators Joni Ernst and Chuck Grassley on Thursday. More meetings are expected today with senators representing oil-producing states. The president says the administration has made progress on a biofuel reform package.

The Environmental Protection Agency announced the organization is going to do away with certain clean water regulations. It's called Waters of the United States and it was put in place by the Obama administration in 2015. It lays out what bodies of water are protected under the federal clean water act, including streams and wetlands. Republicans have called it government overreach but Democrats say it's necessary to prevent pollution. Thursday's repeal will likely lead to a legal battle with the environmental community. Once the regulation is repealed the next step is to replace it.