ultiple levels of decking attached to a building collapsed Saturday evening at the Jersey Shore, trapping people and injuring several, including children, officials and witnesses said. 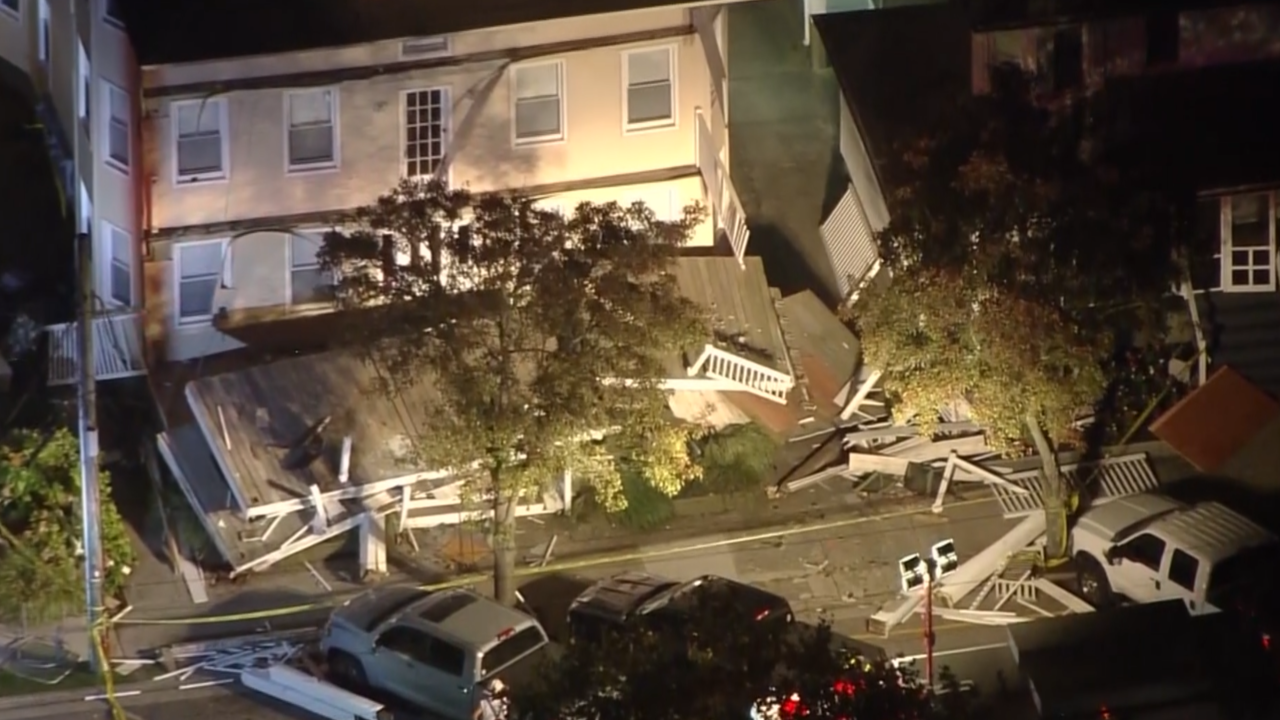 Multiple levels of decking attached to a building collapsed Saturday evening at the Jersey Shore, trapping people and injuring several, including children, officials and witnesses said.

It was unclear how many people were on or under the decks at the time, but authorities said those who were trapped were quickly removed.

Retired firefighter Jim Macheda told the Associated Press the convention was wrapping up when the decking collapsed.

He got to the scene when emergency teams were already there and filmed the crowds gathered at the scene.

The annual convention attracts thousands of current and former firefighters to the resort town.

Firefighters and children were among those hurt or trapped.

By early Sunday morning, 19 patients, including three children, had been treated and released, according to a spokesperson for the hospital.

At least one additional patient was taken to AtlantiCare Regional Medical Center in Atlantic City.

The Sussex County Fire Chiefs Association said on Facebook that six to eight members from Branchville and their family members were injured in the collapse.

No deaths were immediately reported.

Photos and video on social media showed firefighters trying to lift a piece of decking.

Images showed multiple levels of decking ripped away from the building and reduced to beams and splintered wood.

The decks appeared to have been attached to a three-story building and topped by a fourth-floor overhang.

The second and third levels appeared to have pancaked onto a first-floor deck.

Copyright 2019 Scripps Media, Inc. The Associated Press contributed to this report. All rights reserved. This material may not be published, broadcast, rewritten, or redistributed.