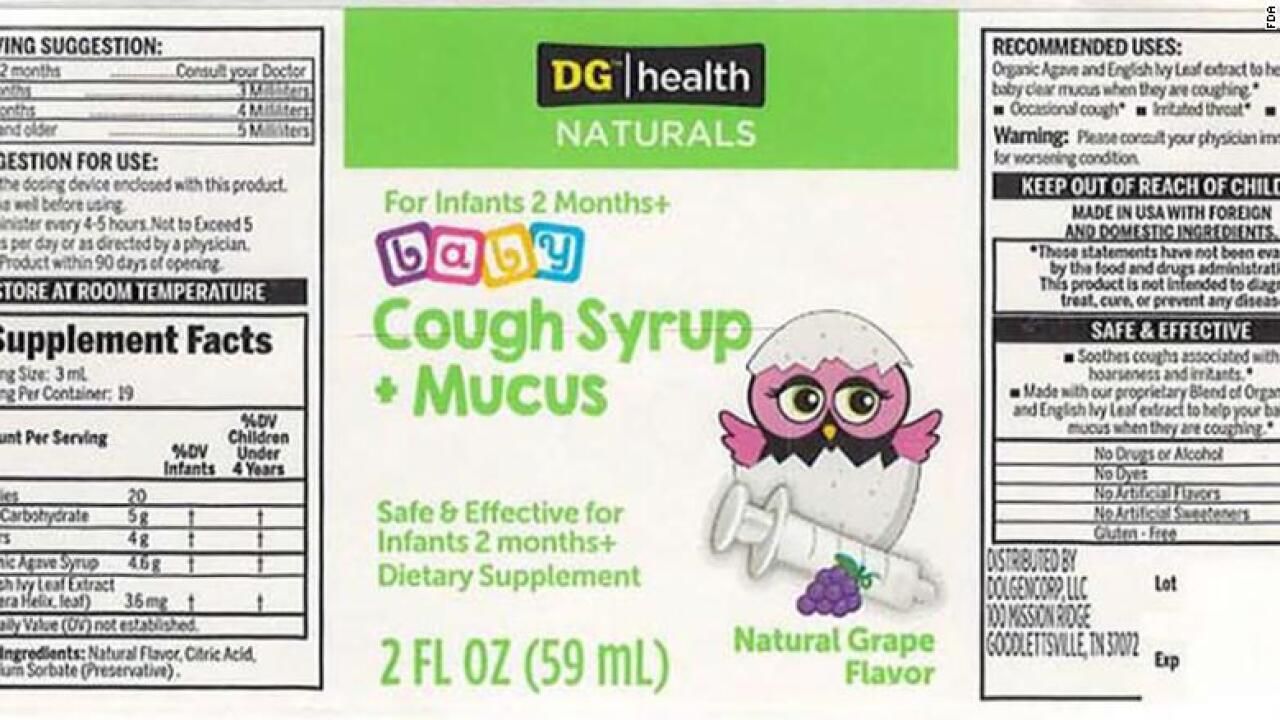 CNN — The makers of DG/health Naturals baby Cough Syrup + Mucus have issued a recall of the product due to a bacterial contamination.

The product is distributed nationwide in Dollar General retail stores and has the potential to put children at risk for two forms of gastrointestinal illness.

Some of the symptoms include vomiting and diarrhea. Infants, young children and others with weakened immune systems are the most at risk if exposed.

The bacteria was found after audit testing showed that one in 10 bottles showed low levels of Bacillus cereus, the FDA said. Production has been suspended while the FDA and the company continue their investigations as to the source of the problem.

Consumers who purchased the cough syrup may return it for a full refund.

NOTE: This story has been updated to say that the makers of the cough syrup have issued a recall.