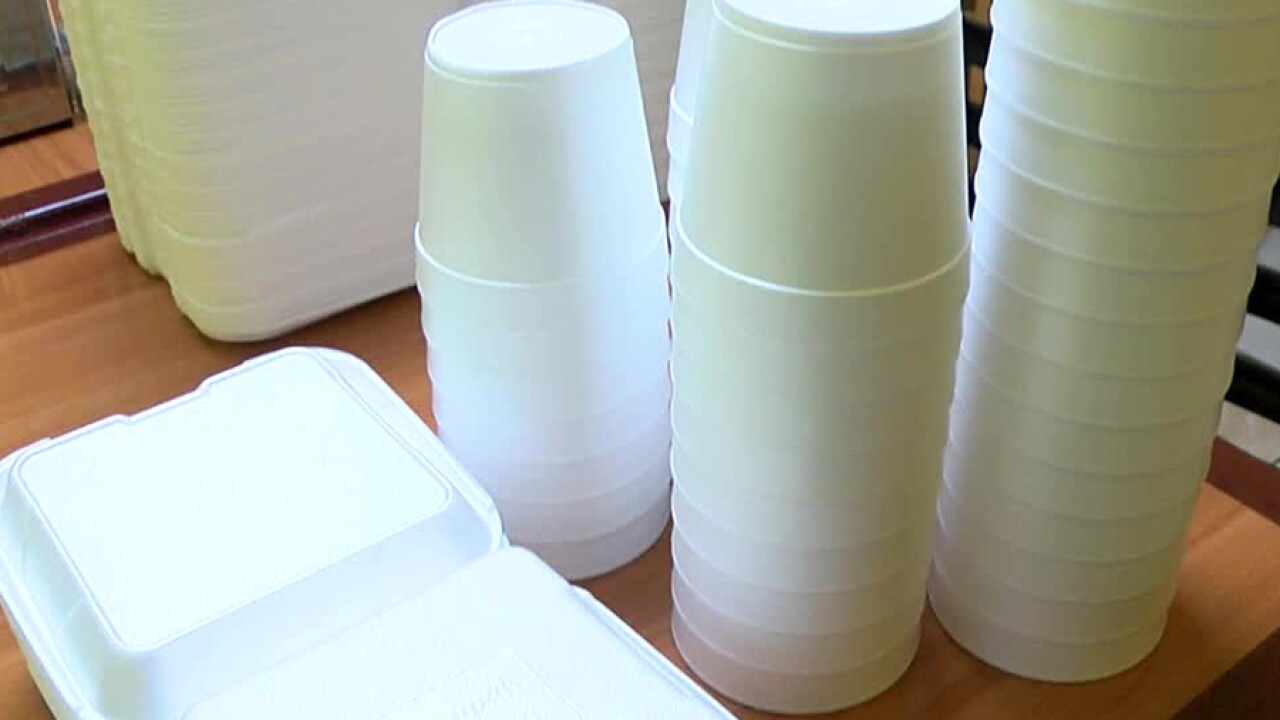 SAN DIEGO — The use of Styrofoam and single-use plastics in the city of San Diego will no longer be allowed beginning Saturday.

In January, the City Council voted in favor of banning the use of the products within city limits. The ban goes into effect on Feb. 23, according to the city.

However, the city is rolling out the ordinance in phases to “allow businesses and other entities time to implement changes with the overall goal of reducing the use of polystyrene foam and single use plastics” across San Diego.

In the first phase, city food vendors will no longer be allowed to provide plastic/bioplastic utensils or straws unless they are requested by a customer.

The city says food service ware, coolers, ice chests and pool or beach toys made of polystyrene foam will be prohibited at city facilities.

The ordinance’s next phase is scheduled to take effect May 24. In that phase, egg cartons, food service ware and food trays made or partly made from Styrofoam will not be allowed to be sold or distributed.

The following items are also prohibited as part of the May phase: Bowls, plates, trays, cups, lids and other similar items designed for one-time use for prepared foods, including containers for dine-in, takeout food and leftovers.

For more information on the new ordinance, click here .