Black bear outside Ohio home spotted trying to get into beehive

A black bear was spotted wandering through backyards in Brecksville, Ohio on Tuesday night, and it seems to be a little hungry.

Officers said the bear bent a fence to get into a beehive within the fenced area. 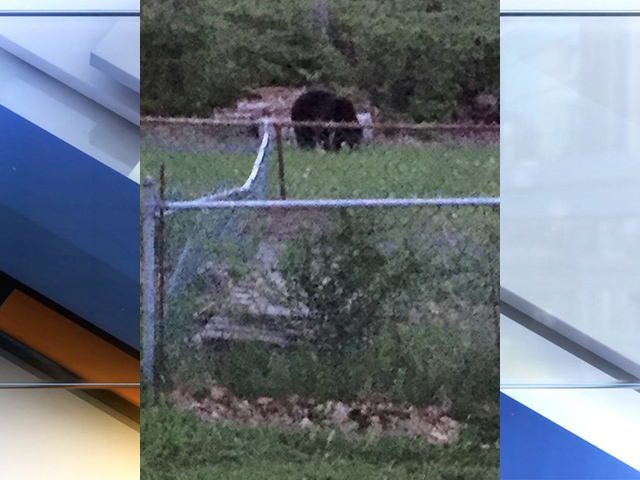 Police said the bear was sighted in the 9000 block of Highland Road, east of I-77 and south of State Route 82. This area has deep wooded lots, according to officials.

The animal warden was out checking the area with officers and the Ohio Department of Natural Resources will be contacted in the morning, according to police.