'Bomb cyclone' could cause major flooding in central US on Friday 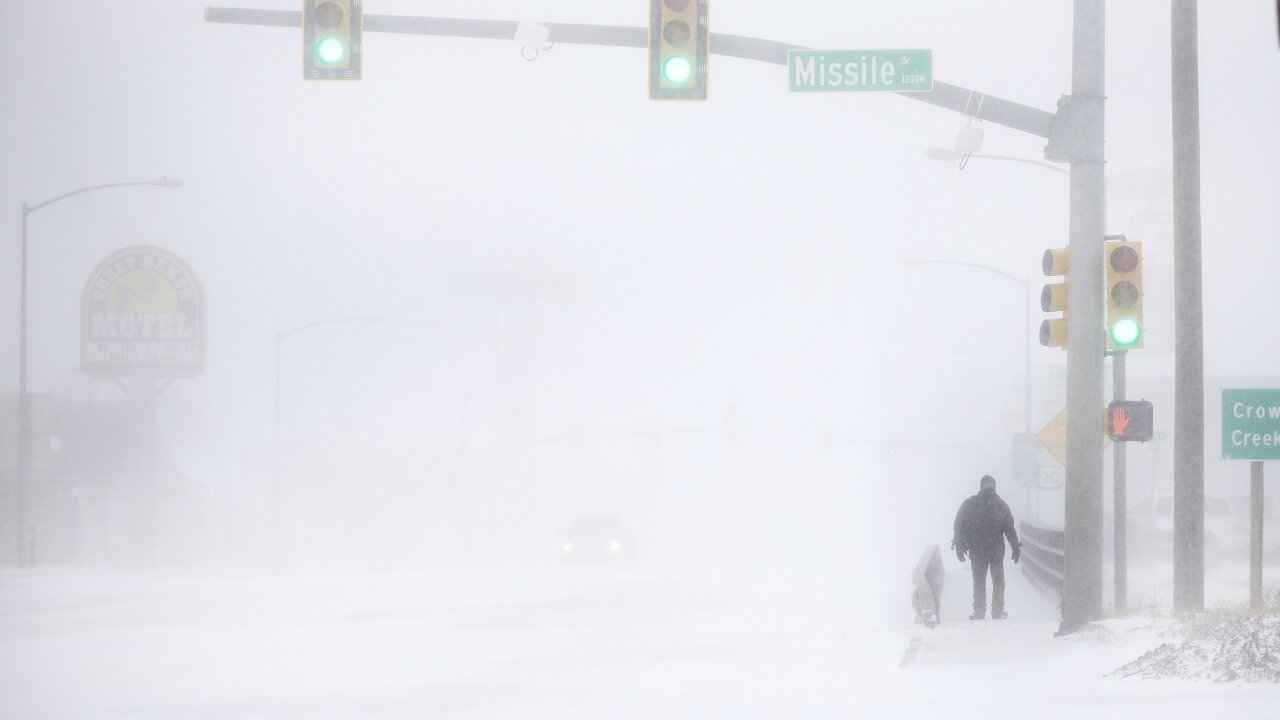 A powerful " bomb cyclone " that slammed Colorado with snow and hurricane-force winds is now threatening towns in central United States with heavy rains, flooding and even tornadoes.

The storm's center was over Iowa and Nebraska on Thursday and will continue delivering dangerous weather conditions to 105 million people who are under some sort of watch, warning or advisory as it moves east and then north into Canada.

A bomb cyclone occurs when there is a rapid pressure drop, with a decrease of at least 24 millibars -- a measure of atmospheric pressure -- over 24 hours. The storm dropped 33 millibars from Tuesday into Wednesday.

Track the storm for yourself

Adding to the misery of those in its path, the bomb cyclone still threatens to bring severe storms, flash flooding, dense fog and possible tornadoes as it treks across the central part of the country.

The storm's heavy rainfall has caused major flooding and damaged many roads and bridges in Iowa, Nebraska and Missouri.

All residents of Hornick, Iowa, were evacuated after a levee broke due to the heavy rains in the region, the county's emergency management agency tweeted . Hornick is about 25 miles southeast of Sioux City.

Numerous creeks and streams were out of their banks and caused widespread flooding, the National Weather Service office in Des Moines said.

Nebraska has also been hammered by high water. Game and Parks Commission employees used a fan boat to rescue residents in Gretna, while the Mead Fire Department was rescuing folks near Horseshoe Lake, and the Columbus Police Department warned residents to stay away from the Black Bridge.

The flooding was widespread in areas along the Platte, Elkhorn and Missouri rivers.

Several barns were destroyed and mobile homes were damaged in Daviess County, Kentucky, but no injuries were reported, emergency management officials said.

Tornado watches were issued in Arkansas, Mississippi and Tennessee.

45 inches of snow in southern Colorado

Several Colorado cities, including Denver, were hit the hardest. The storm left thousands in the dark, prompted school closures and forced thousands of flight cancellations.

About 175,000 people are without power, most of them in Colorado and Texas. Several Colorado school districts closed Wednesday and Thursday, with Denver Public Schools citing "severe storm, power outages across the city and poor road conditions."

At some point, all runways at the Denver International Airport were closed Wednesday and employees offered blankets to passengers stranded because of icy conditions and extremely poor visibility.

Keep up with the world's extreme weather

In Wolf Creek Pass, near the New Mexico border, has recorded 45 inches of snow. Blizzard and avalanche warnings have been issued across Colorado.

As the storm headed north into Canada, snow will keep falling over the Dakotas and western Minnesota, with some areas seeing as much as a foot of the white stuff. Parts of South Dakota have already gotten 15 inches of snow.

Drivers waiting hours to be rescued

The Colorado National Guard announced it had rescued 93 people and two dogs after inspecting about 250 vehicles. It urged residents to stay off the road "as it's easy to get stuck out there."

Some drivers have been waiting hours to be rescued from roadways in central Colorado. About 150 vehicles were stuck midday Thursday in El Paso County, said Jacqueline Kirby, a sheriff's office spokeswoman.

The department had reports of 1,100 stranded cars early Thursday, she said, and emergency crews were conducting searches amid snowdrifts as high as their SUVs, she said.

"We've had a variety of calls. We have diabetic individuals. We have people with children. We have a pregnant woman," she said earlier Thursday.

Bill Cooley, who works in Colorado Springs, said it usually takes him about 20 minutes to get home to Monument, but Wednesday it took eight hours. He left at noon and tried to take back roads but found them blocked by disabled cars. He eventually made it to a truck stop about a mile and a half from his house, he said.

Using cross-country skis, his son brought him warm clothes and goggles, and "once he arrived I dressed in the warm clothes he brought and we made the trek home!" he wrote in a message to CNN.

On Wednesday, 100 vehicles were involved in an accident on Interstate 25 near Wellington, Colorado, according to Wellington Fire Protection.

There were no fatalities, according to the fire department's Facebook page, but there were injuries ranging from minor to serious. Emergency responders came from both Colorado and Wyoming.