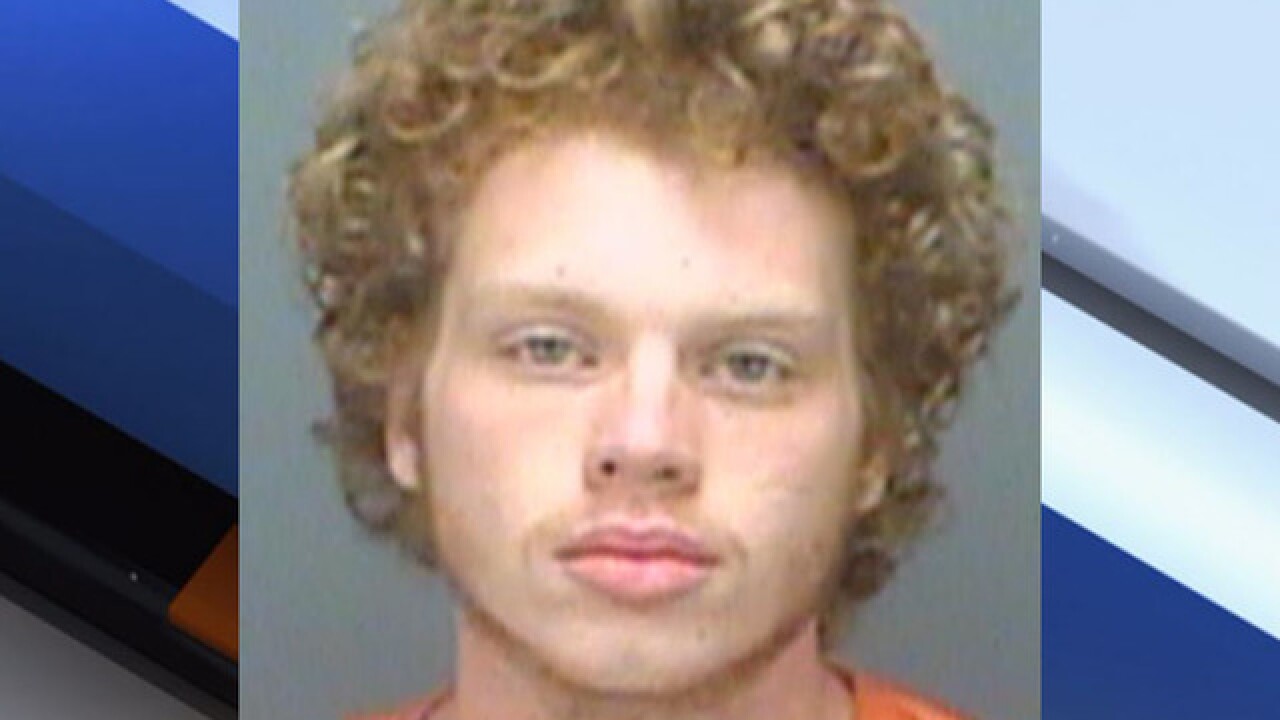 DUNEDIN, Fla. — Deputies have arrested a man they say shot his pregnant girlfriend, then lied to detectives about a home invasion in Dunedin, Fla.

Charles Tenpenny, 19, initially told authorities that an unidentified intruder in all black shot his girlfriend, 18-year-old Naomi Rosado, then left the scene.

Through the course of the investigation, deputies learned that Tenpenny had tried to kill himself, and deputies responded to the home after friends stopped him from hanging himself. He told detectives he was distraught over accidentally shooting his girlfriend.

Detectives interviewed him, and Tenpenny said he and Rosado had an argument over a Facebook friend request she had received.

He admitted to pointing a loaded 9mm Glock handgun with a laser sight at her.

He claimed he was turning off the laser sight on the gun when it accidentally went off.

He said he was scared so he threw the gun and ammo casing over the fence into a wooded area and called 911.

Detectives later returned to his home and found a Glock handgun.