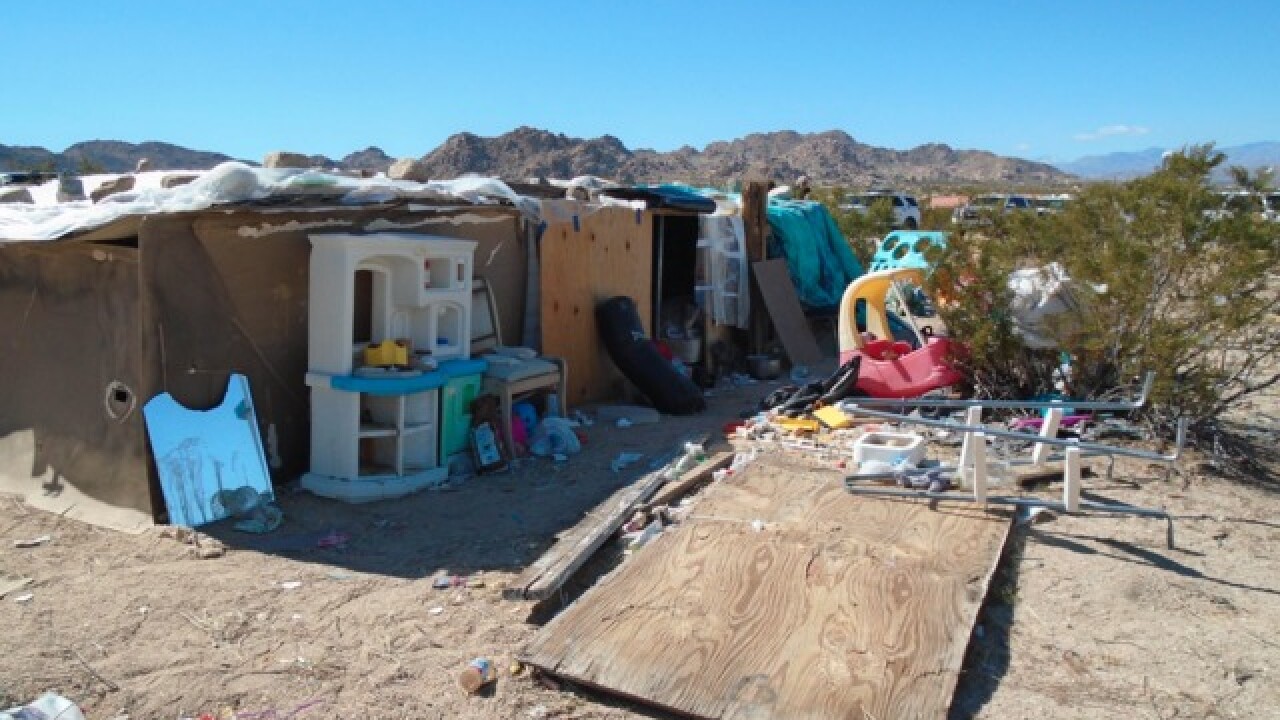 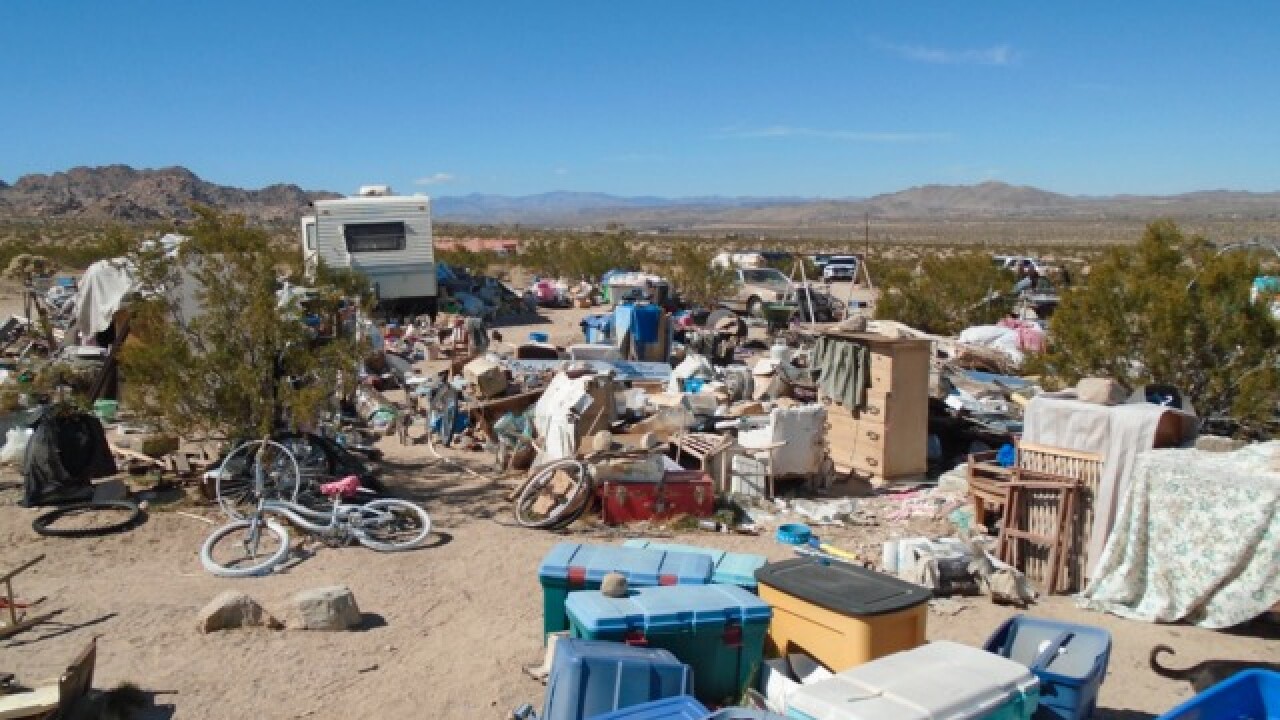 JOSHUA TREE, Calif. (KGTV) - A San Bernardino County couple has been arrested after authorities said they kept their three children in unsanitary and unsafe conditions.

Sheriff's Department deputies were conducting an area check Wednesday afternoon in the 7000 block of Sunfair Road when they located a trailer that appeared abandoned. A large rectangular box made of plywood was also located on the property.

Upon inspection, deputies found there was no electricity or running water and several large holes, mounds of trash, and human feces on the property.

Police said the parents, identified as Mona Kirk, 51, and Daniel Panico, 73, did not provide their three children, ages 11-, 13-, and 14-years-old, with enough food either.

About 30-40 cats were also found roaming freely inside the trailer and on the property.

Kirk and Panico were arrested and charged with willful cruelty to a child in lieu of $100,000 bail.

The three children have been transported into the care of San Bernardino County Children and Family Services.