Boeing 767 cargo jetliner with 3 aboard crashes near Houston 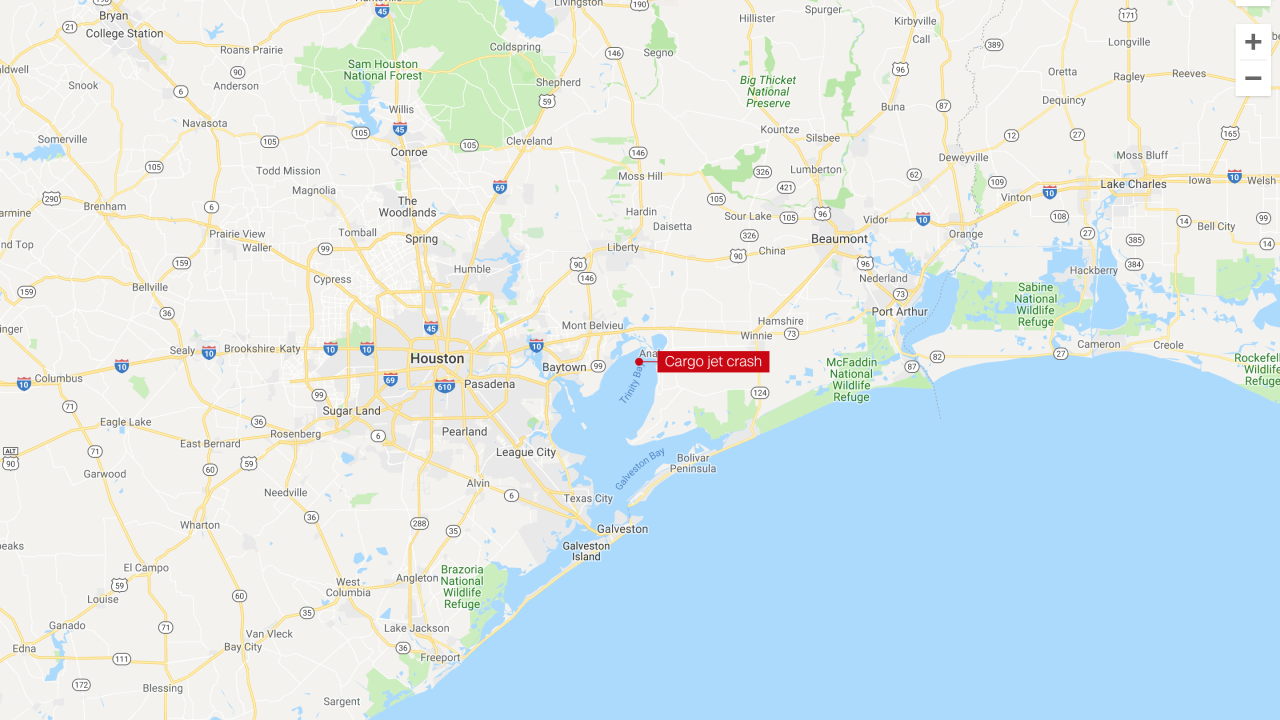 ANAHUAC, Texas (AP) — Authorities say a Boeing 767 cargo jetliner heading to Houston with three people aboard has crashed into a bay just east of the city.

Lunsford did not know the status of the people aboard and the Chambers County Sheriff’s Office could not immediately be reached for comment.

The office said in a Facebook post the plane has been located at the north end of the bay. No other details were immediately available.

Lunsford says Atlas Air Flight 3591 had departed Miami earlier and an FAA alert was issued after officials lost radar and radio contact with the craft when it was about 30 miles (48 kilometers) southeast of George Bush Intercontinental Airport in Houston.