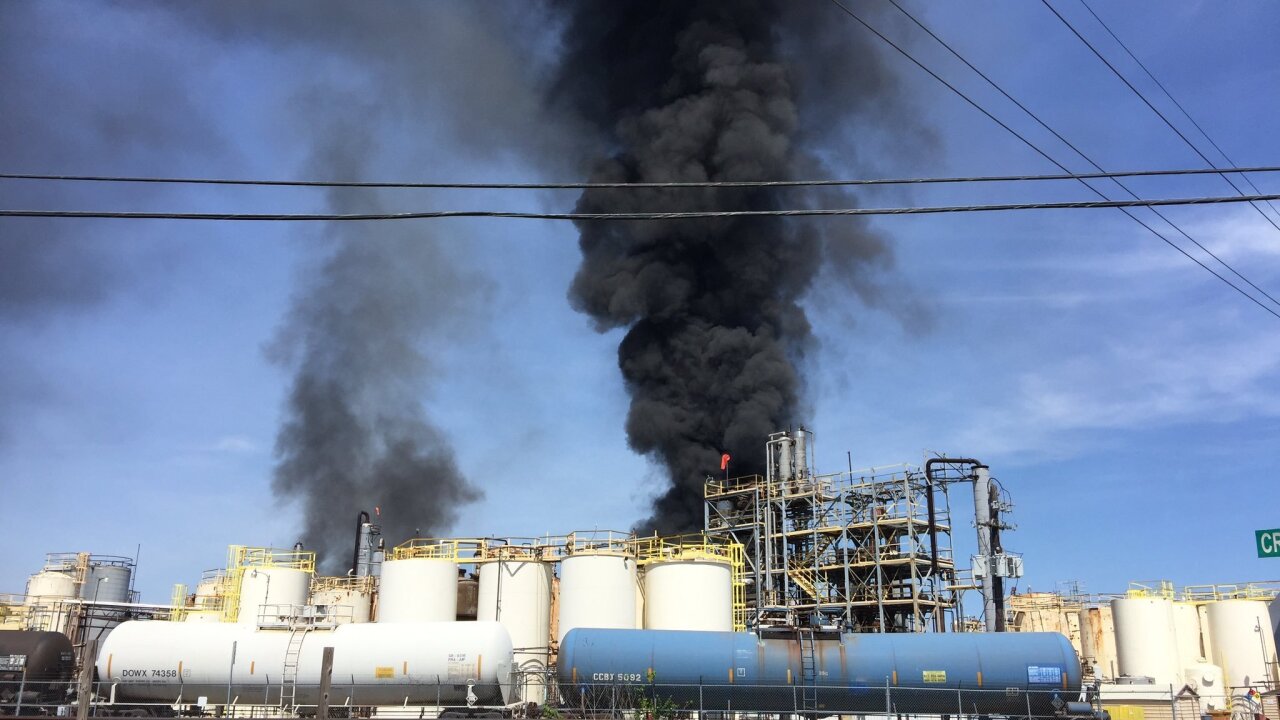 For the second time in three weeks, a Houston-area chemical plant caught fire, sending thick plumes of black smoke into the sky.

At least one person was killed Tuesday at the KMCO plant in Crosby, Texas, Harris County Sheriff Ed Gonzalez said. Two others were in critical condition and were taken by helicopter to a hospital, fire marshal's office spokeswoman Rachel Moreno said.

The fire was put out late in the afternoon, the fire marshal's office said, though firefighters were still having to deal with hot spots.

The incident likely started when a transfer line ignited in the area of a tank holding isobutylene , according to the sheriff. An adjacent storage building also caught fire.

All residents within a 1-mile radius of the plant were ordered to shelter in place, the Harris County Sheriff's Office said, but that lockdown was lifted hours later. There does not appear to be hazardous chemicals in the air.

"We have not seen any detections at action levels," said Matt Loesel, on-scene coordinator with the US Environmental

Moreno said there are dry, combustible chemicals in the storage building where flames reached.

The Crosby Independent School District shut down heating, ventilation and air conditioning systems at all of its campuses. "Teachers have sealed doors where possible as an additional safety precaution," the district said.

The Galena Park Independent School District canceled all outdoor activities and shut down air and ventilation systems for the rest of the day.

The KMCO plant is about 25 miles northeast of Deer Park, where an Intercontinental Terminals Co. facility caught fire and burned for several days last month.

"Our hearts and prayers go out to the individuals involved, as well as our first responders, employees, and our community," KMCO president John C. Foley said. "We apologize for any inconvenience to residents in the vicinity. The well-being of our people, neighbors and the environment remain our top priorities."