Confederate statue in Tennessee vandalized with words 'murderer' and 'coward' 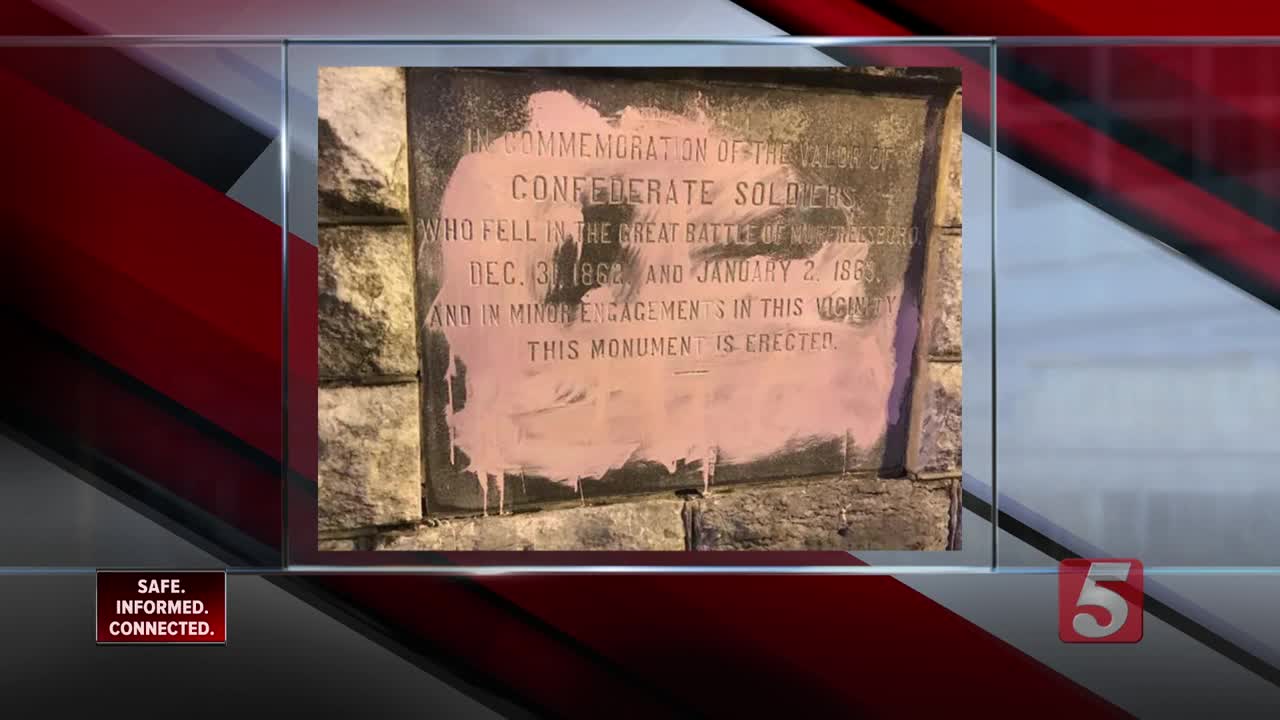 An investigation has gotten underway after a Confederate statue in Murfreesboro was vandalized. 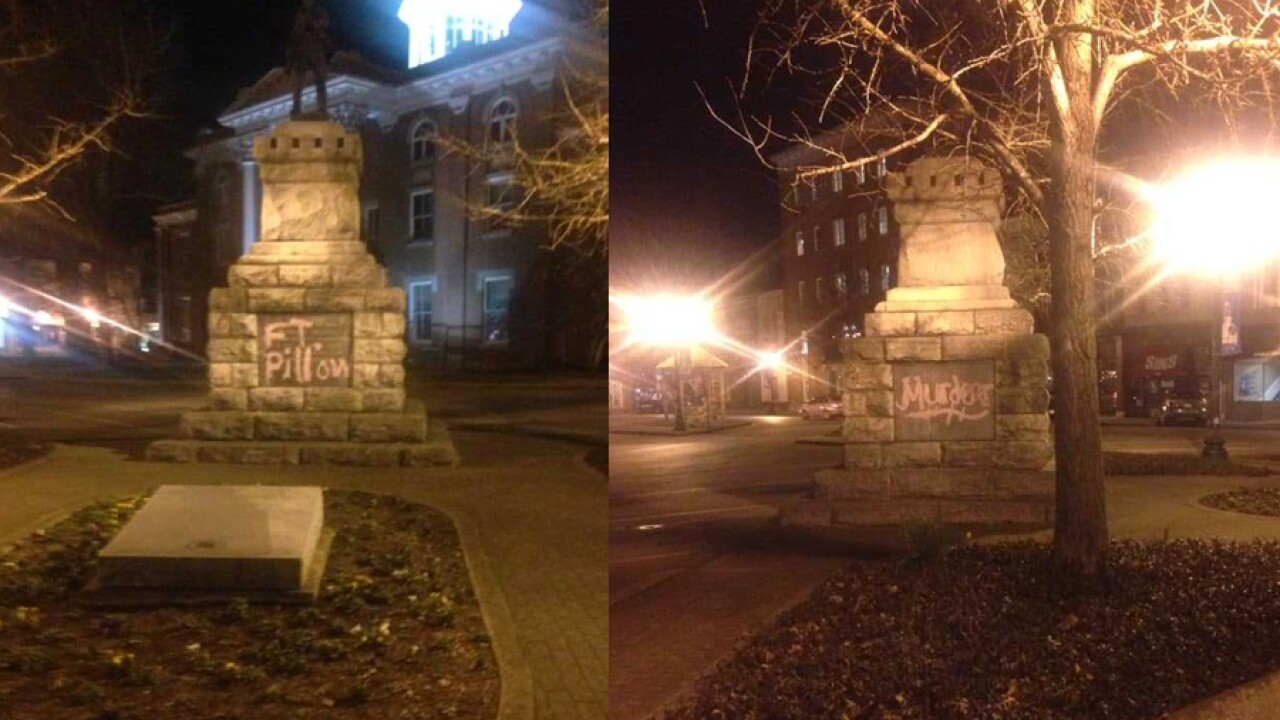 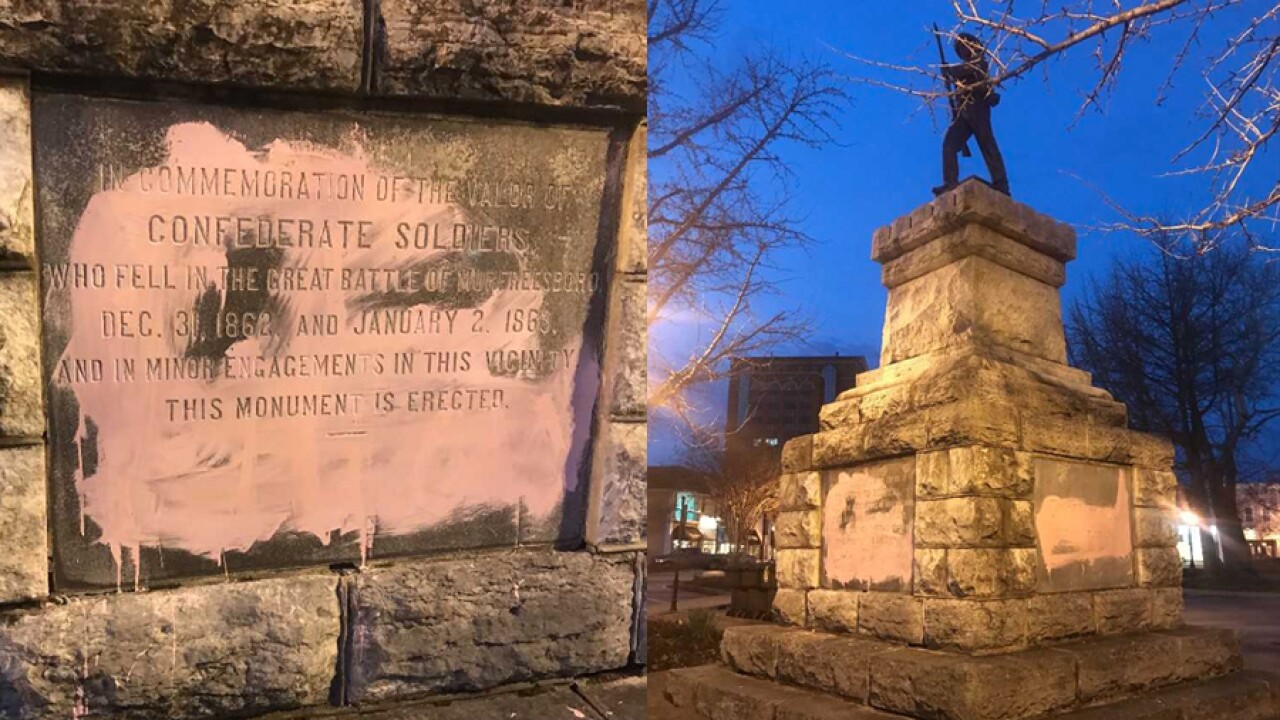 MURFREESBORO, Tenn. — An investigation is underway after a Confederate statue in Murfreesboro was vandalized with the words "murderer" and "coward."

The incident was reported early Wednesday morning at the statue located in a public square next to the town's courthouse.

Murfreesboro police confirmed a suspect spray painted the statute and ran from the area. Police said witnesses described him as a white male who was wearing a smock.

The words "coward," "murderer," and "Fort Pillow" were spray painted on each side.

"Fort Pillow" is a reference to the Battle of Fort Pillow, also known as the Fort Pillow massacre. It was fought in Henning, Tennessee, during the American Civil War and ended with the massacre of African-American Union troops and their white officers attempting to surrender.

Crews had to sandblast the statue to remove the paint.