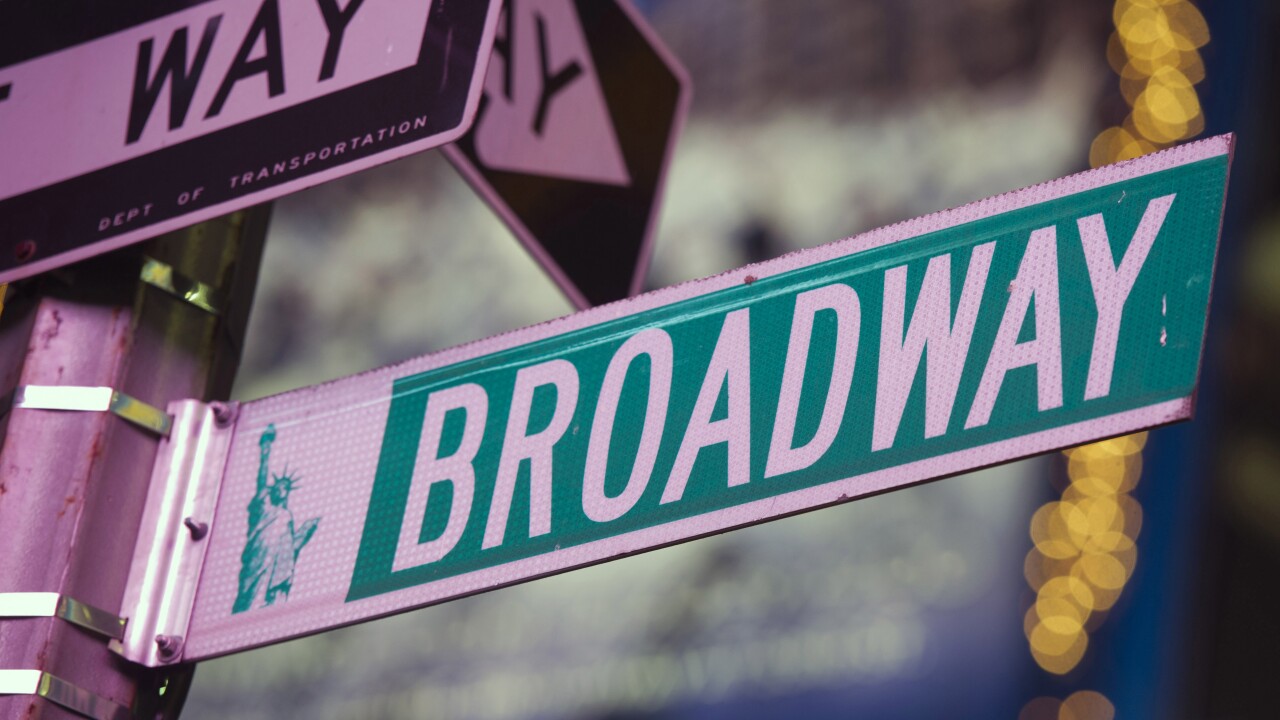 FILE - This Jan. 19, 2012 file photo shows a Broadway street in Times Square, in New York. The Broadway League, the national trade association for the Broadway industry, said Tuesday that box offices reported a record total gross of $1.45 billion _ up from $1.37 million from the previous season. (AP Photo/Charles Sykes, File)

NEW YORK, N.Y. – The governor of New York has announced a ban on gatherings of 500 people or more in the state to help slow the spread of the new coronavirus.

Gov. Andrew Cuomo also said Thursday that the legal capacity for facilities with an occupancy of 500 or fewer will be reduced by 50%.

These restrictions will impact the Great White Way. Cuomo said the rules will go into effect for Broadway theaters at 5 p.m. ET on Thursday.

The Broadway League confirmed that it will immediately suspend all performances under Cuomo’s direction and that shows are scheduled to commence the week of April 13.

“Our top priority has been and will continue to be the health and well-being of Broadway theatregoers and the thousands of people who work in the theatre industry every day, including actors, musicians, stagehands, ushers, and many other dedicated professionals,” said Charlotte St. Martin, President of the Broadway League. “Broadway has the power to inspire, enrich and entertain, and together we are committed to making that vital spirit a reality. Once our stages are lit again, we will welcome fans back with open arms so that they can continue to experience the joy, heart, and goodwill that our shows so passionately express every night.”

The Broadway League says those holding tickets for performances through April 12 should contact their point of purchase for refunds and exchanges.

Restrictions outside Broadway will take effect at 5 p.m. ET on Friday.

According to Cuomo, his administration is taking these new actions to reduce the density of people across the state, with the hopes of lowering the rate of infection.

As of Thursday evening, more than 200 cases have been reported in New York, one of the hardest hit states so far in the country's outbreak. At least 38 people have died as a result of the virus in the U.S. A majority have been in Washington state.

Worldwide, more than 127,000 people have been diagnosed with the virus and at least 4,700 people have died from it, with a majority of the deaths in mainland China, where the disease was first reported, according to Johns Hopkins University.

Click here to learn about COVID-19 and what you can do to help stop the spread of the virus.