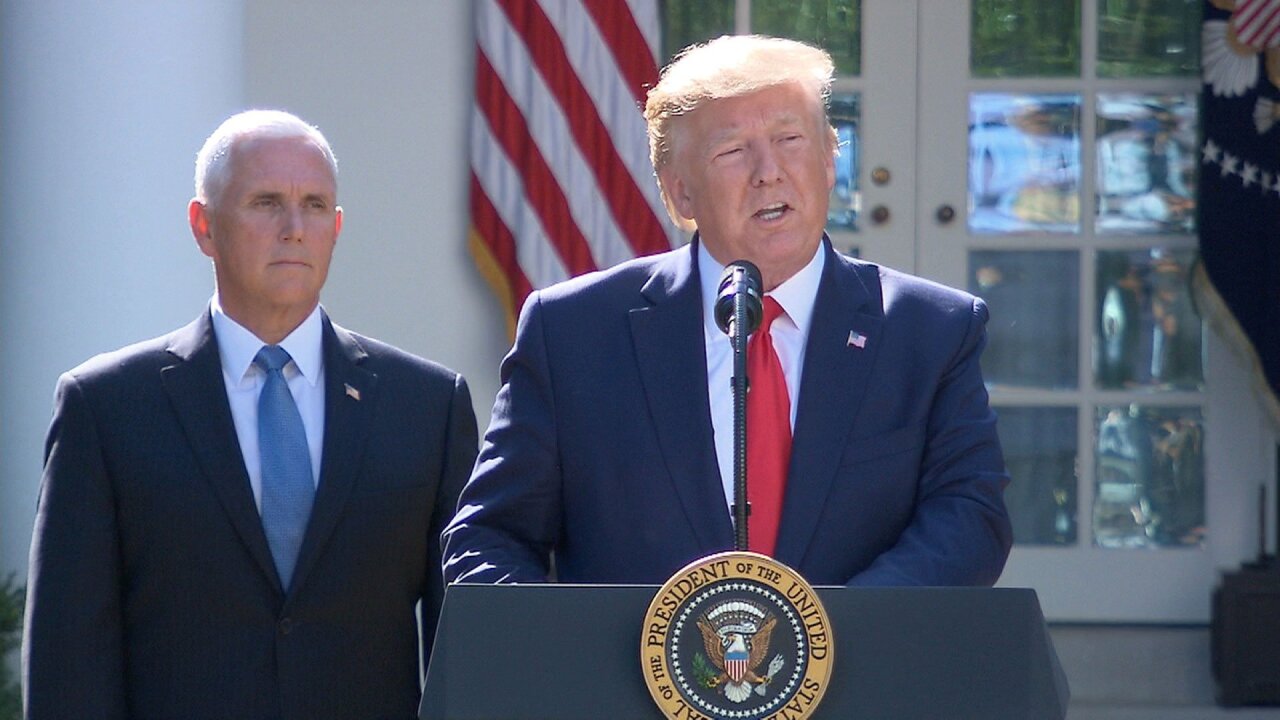 Trump said the report — which was released about an hour before the briefing — showed an increase in consumer confidence. He also touted big gains in the stock market, which just closed one of its best quarters in decades.

"It's coming back bigger and faster," Trump said.

The briefing came a day after Johns Hopkins reported that the U.S. reported its highest single-day increase in new COVID-19 cases.

"We have some areas where we're putting out the flames or the fires, and that's working out well," Trump said. "I think you'll see that shortly."

Mnuchin said that he feels states are "acting appropriately" in pausing some aspects of their reopening processes, and said that the Trump administration encourages all Americans to wear a mask. However, he added that he does not feel Trump needs to wear a mask because those who work with him daily are regularly tested for the virus.

Mnuchin added that he believed that "most" schools would be able to open normally in the fall and that the administration was investigating ways to get federal funds to schools to facilitate reopening.

"We want to make sure kids are safe," Mnuchin said.