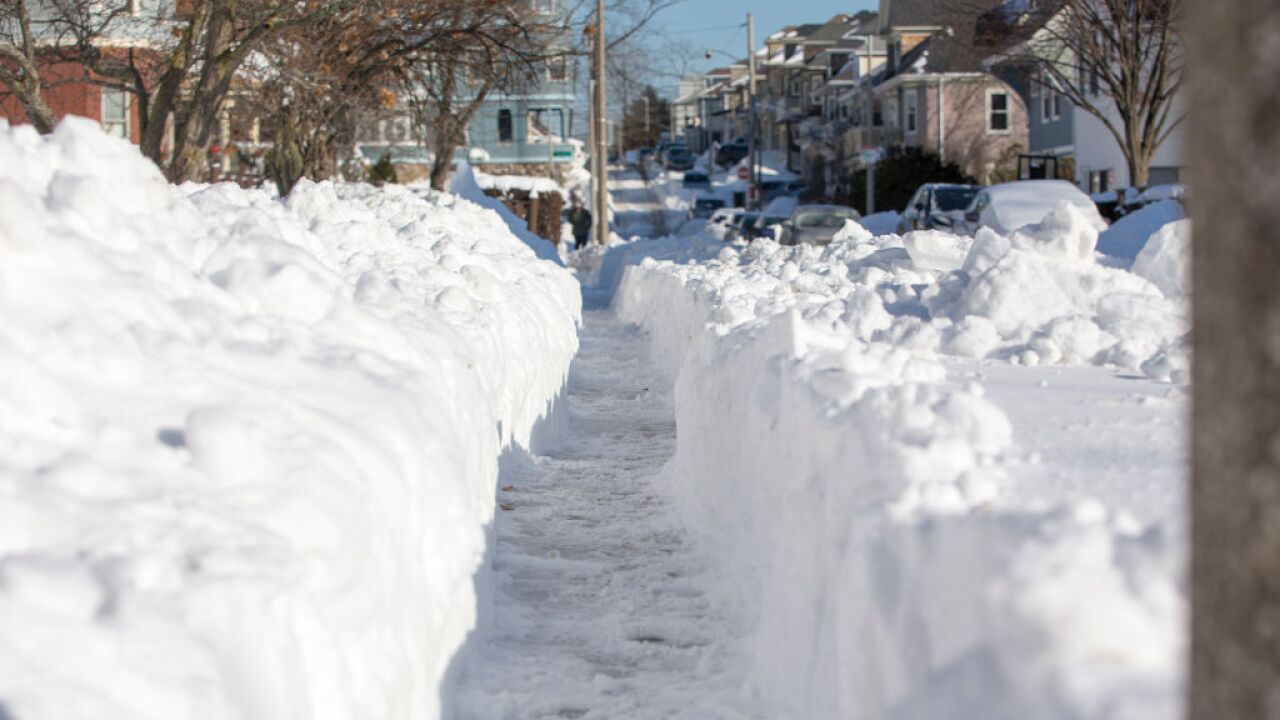 While beautiful spring temperatures have settled into the Plains and Midwest, folks there shouldn't get used to it. There's a storm on the way that's going to remind Midwesterners that winter's never over till it's over.

The potential is there for a "bomb cyclone" to impact the Plains this week. That's an area of low pressure that drops 24 millibars in 24 hours -- aka a potent, rapidly intensifying storm system.

This would be the second time in less than a month a storm of this magnitude has developed in the Plains. It's rare enough to have one form inland, much less two.

Typically we see "bomb cyclones" form off the US East Coast in the form of nor'easters.

Right now the forecast models have the storm teetering on the edge of bomb-cyclone criteria. Either way, this storm is forecast to unleash a variety of wild weather this week.

Blizzard conditions likely for many

This powerful storm is forecast to develop Tuesday in the Rockies, where it will rapidly intensify and bring blizzard conditions to the Plains on Wednesday.

Overnight temperatures in the Plains will drop nearly 40 degrees in just 12 hours, including in Denver -- which is expecting a high of 80 degrees Tuesday and blizzard conditions by Wednesday night.

Winter storm warnings and watches stretch from the Rockies to the Great Lakes.

There are blizzard warnings for almost 4 million people from eastern Colorado to southwestern Minnesota.

Up to 2 feet of snow will be possible with wind gusts of 45-55 mph across South Dakota and Nebraska, along with white-out conditions.

Thursday the storm will reach the Midwest, bringing with it the heavy snow and wind. A foot of snow is possible for places like Minneapolis, where forecasters are calling for "a potentially historic winter storm."

Winds will gust up to 45mph.

Severe storms could strike to the south of system

The snow is not the only hazard from the storm.

In the warmer air to the south, severe weather could break out Wednesday afternoon and evening in parts of Kansas and Nebraska.

Large hail, damaging winds and perhaps a tornado are likely with some of the storms. On Thursday the threat will shift farther east into Illinois, Indiana and Kentucky, with the main threat of damaging winds.

High wind and possible fire danger are another big concern

With all this talk of snow and cold, we might as well add fire to the mix.

Red flag warnings cover over 4 million people from southeastern Arizona, through much of New Mexico into eastern Colorado Tuesday, where the combination of strong winds, low relative humidity and very warm to hot temperatures will create critical fire weather conditions.

Any fires that develop will likely spread rapidly and will be hard to control.

High wind watches and warnings extend from California into Texas and Oklahoma. Wind gusts of up to 60 to 70 mph are expected in the Mountains outside of Los Angeles, with gusts up to 60 mph in Las Vegas on Tuesday. Scattered power outages are likely over much of the Southwest.

The fire risk is even worse Wednesday, with extreme fire danger -- the highest category -- from New Mexico into West Texas.

Flooding in the already hard-hit Plains will be exacerbated due to the additional precipitation.

The rain that moves in ahead of the snow in South Dakota and Nebraska could cause some immediate flood concerns, whereas the amount of fresh snow across the Plains and Midwest will be a more long-term threat.

In South Dakota and Western Minnesota, rivers will continue to experience moderate to major flooding as this additional snow will slow the rate at which waters recede.

The Red River is experiencing significant flooding because of melting snow with this new storm likely prolonging the high water.

Even if this storm doesn't become a bomb cyclone, it's still going to be extremely powerful. And after temperatures hit the mid-60s to mid-70s this past weekend, the drastic change will leave millions of Americans wishing spring weather would hurry up and stay.