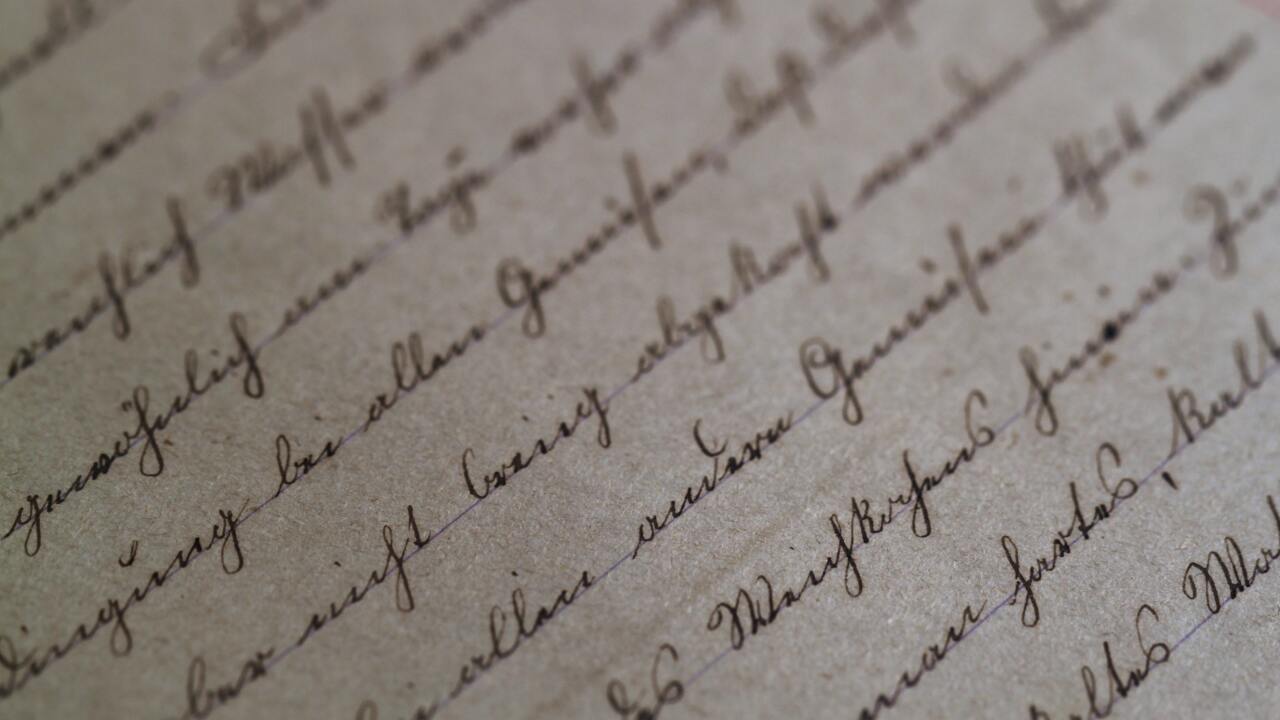 It's a familiar refrain. Parents lament that technology is turning good, legible handwriting into a lost art form for their kids.

In response, lawmakers in state after state -- particularly in the South -- are carving out space in teachers' classroom time to keep the graceful loops of cursive writing alive for the next generation.

Alabama passed a law requiring it in 2016. That same year, Louisiana passed its own cursive law. Others like Arkansas, Virginia, California, Florida and North Carolina , have similar laws.

Texas is the latest state in which educators are pushing to bring back cursive writing in elementary schools.

The changes in the Lone Star State, which were adopted in 2017, are set to go into effect during the upcoming 2019-20 school year.

Each state's curriculum differs in subtle ways. The road map described in the Texas Education Code , for instance, includes requirements for instruction to begin with teaching second-graders how to form cursive letters with the "appropriate strokes when connecting letters."

Third-graders would focus on writing complete words, thoughts, and answers to questions, and fourth-graders would need to be able to complete their assignments outright in cursive.

DeEtta Culbertson, a spokeswoman for the Texas Education Agency, told CNN that previous education standards released in Texas, including in 2009, have included cursive writing, but the new standards set to go into effect added "more emphasis" on cursive.

Cursive is again becoming widespread across the South

Data compiled by the Southern Regional Education Board in 2016 showed that 14 of the 16 states the SREB oversees expect that cursive instruction begin by the third grade.

The year 2010 was a "pivotal year" for the cursive comeback, the SREB says. That's when "college- and career-readiness standards did not explicitly include it," including the national Common Core standards. The SREB showed the number of cursive-teaching states dropping from 12 down to six that year.

But by 2016, the flowing script has rebounded up to 14 Southern states. With another Southern state, Texas, coming on board that make 18 total in the US.

Advocates for handwriting have struggled against technological change

Anne Trubek, the author of " The History and Uncertain Future of Handwriting ," told CNN that efforts to emphasize cursive have been ongoing "for years."

And debates about whether we should preserve handwriting are not a strictly modern phenomena, as various periods in history featured standoffs between traditionalists and those who favored new writing and communication technologies.

In ancient Greece, Socrates had opposed writing outright, Trubek noted. The philosopher preferred the Greeks' oral tradition and felt those who didn't write things down would preserve a "better memory," she said.

Later, monks in the Middle Ages agitated against the invention of the printing press, which threatened to make their beautiful, hand-copied texts obsolete.

As inventions like the printing press and the internet catapult humanity forward, "there will be a loss," Trubek said.

In the history of handwriting, we're in a unique place in which most Americans alive learned cursive writing, and efforts to re-instill cursive in a new generation of youth represented a new "reaction" to ongoing change, she said.

Today, debates in favor of cursive take the form of "tradition strangely grafted onto patriotism," she said, nothing that some legislators complained that if students didn't learn how to write in cursive, then they wouldn't be able to read the Declaration of Independence.

Trubek, who served as a tenured professor at Oberlin College, said she herself can't read the original flowing script of the Declaration of Independence, and there was nothing wrong with students reading the nation's founding documents in transcribed versions with fonts legible to modern eyes.

Trubek also said students didn't necessarily need cursive to come up with their own signature that conferred their "indviduality" and "uniqueness" in signing legal forms either. She said technology like the chips in credit cards were more effective in preventing fraud than in pen-and-paper signatures that can be forged.

"I don't think children should be required to learn cursive if they don't want to," Trubek said.

But, still, she said careful, thoughtful has its virtues. "It's a fine motor skill," and taking time to skillfully perfect the art has positive effects on students' cognitive development.

"Handwriting is slower," Trubek said, "And sometimes you just want to slow down."