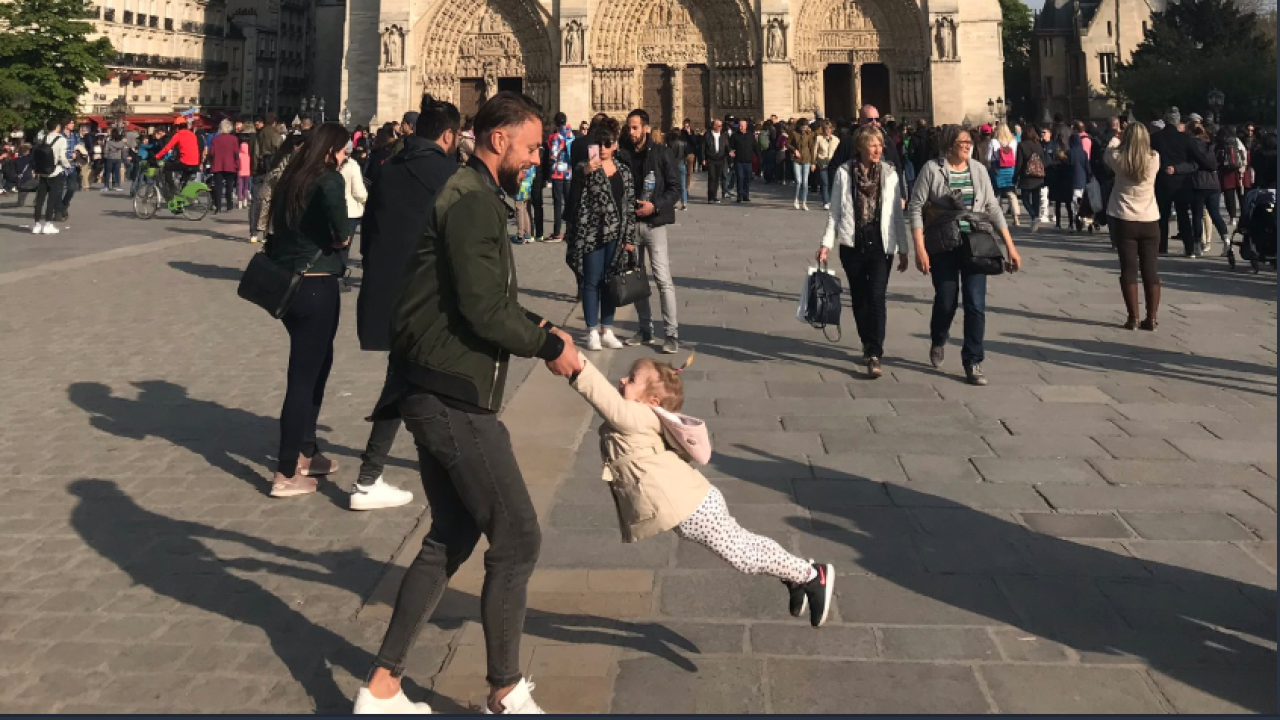 PARIS — The dad and daughter who were captured in a photo outside of the Notre Dame Cathedral one hour before it caught fire have been found.

Brooke Windsor took the photo of a father spinning his daughter outside of the Notre Dame Cathedral in Paris one hour before the cathedral went up in flames. Windsor took to Twitter April 15 to find the pair.

I took this photo as we were leaving #NotreDame about an hour before it caught on fire. I almost went up to the dad and asked if he wanted it. Now I wish I had. Twitter if you have any magic, help him find this 🙏🏼 pic.twitter.com/pEu33ubqCK

Today, Windsor tweeted that the father and daughter in the photo have been found.

The search is over! The photo has reached the dad & family. He has chosen to remain anonymous in the wake of tragedy, and writes: “Thanks again for that beautiful photo, we will find a special place for it.” Thank you to everyone who has shared the picture and for your kind words

Windsor says the dad has chosen to remain anonymous.