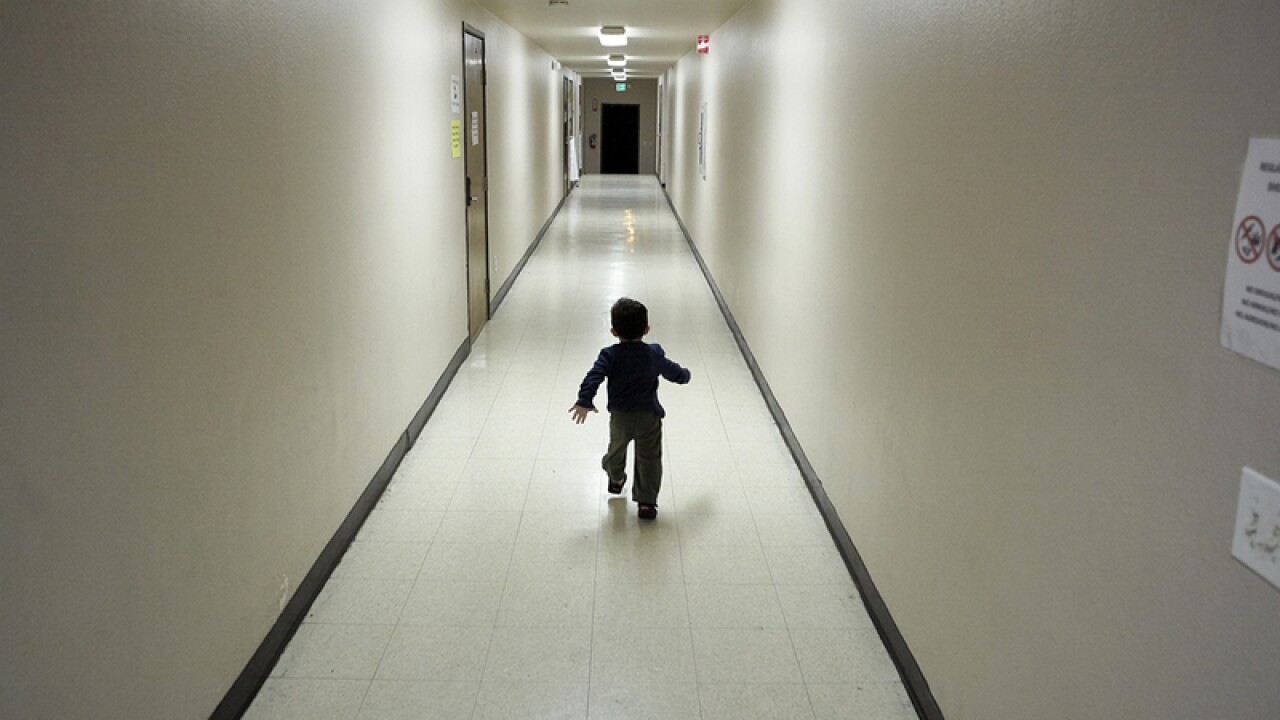 Gregory Bull/AP
FILE - In this Dec. 11, 2018 file photo, an asylum-seeking boy from Central America runs down a hallway after arriving from an immigration detention center to a shelter in San Diego. The Trump administration says it would require extraordinary effort to reunite what may be thousands of migrant children who were separated from their parents and, even if it could, the children would likely be emotionally harmed. An official says removing children from "sponsor" homes to rejoin their parents "could be traumatic." (AP Photo/Gregory Bull, File)

WASHINGTON (AP/ABC 7) — Thousands of accusations of sexual abuse and harassment of migrant children in government-funded shelters were made over the past four years, including scores directed against adult staff members, according to federal data released Tuesday.

Rep. Ted Deutch, D-Fla., released the Health and Human Services Department data during a hearing on the Trump administration's policy of family separations at the border. The data span both the Obama and Trump administrations. The figures were first reported by Axios.

From October 2014 to July 2018, the Office of Refugee Resettlement, a part of Health and Human Services, received 4,556 complaints. The Department of Justice received additional 1,303 complaints, including 178 allegations of sexual abuse by adult staff.

Health and Human Services officials said the vast majority of allegations weren't substantiated, and they defended their care of children.

"We share the concern," said Jonathan White, a Health and Human Services official who was in charge of the effort to reunify children with their parents, testifying before the House Judiciary Committee on Tuesday. "Any time a child is abused ... is one time too many. We abide fully with the laws this Congress has passed, and we are very proud of our outstanding track record of full compliance including referring every allegation for investigation. The vast majority of investigations prove to be unsubstantiated."

The Office of Refugee Resettlement manages the care of tens of thousands of migrant children. More than 2,700 children were separated from their parents over the summer at the border, and were placed in shelters. But most of the children in government custody crossed the border alone.

Children are placed in government custody until they can be released to sponsors, usually a parent or close relative, while awaiting immigration proceedings. The shelters are privately run under contracts with the government.

Youth are held for increasingly longer periods of time, currently about two months. As of the first week of February, more than 11,000 migrant toddlers, children and teens were in federal custody as unaccompanied minors, up from about 2,500 detained children three months after Trump took office. Tens of thousands of children cycle through the system each year.

Sexual abuse allegations are reported to federal law enforcement, though it's not clear whether anyone was charged criminally. In many cases, staff members were suspended and eventually fired.

"Together, these documents detail an unsafe environment of sexual assaults by staff on unaccompanied minors," he said.

Health and Human Services officials say all allegations must be reported to the Office of Refugee Resettlement, child protective services and the FBI, and all allegations involving adults to local law enforcement. The department must cooperate with all investigations.

Facilities must provide training to all staff, contractors and volunteers. Background checks are completed on potential employees, and facilities are prohibited from hiring anyone who has engaged in inappropriate sexual behavior.

This story is courtesy of our ABC affiliate, ABC7 in Los Angeles.