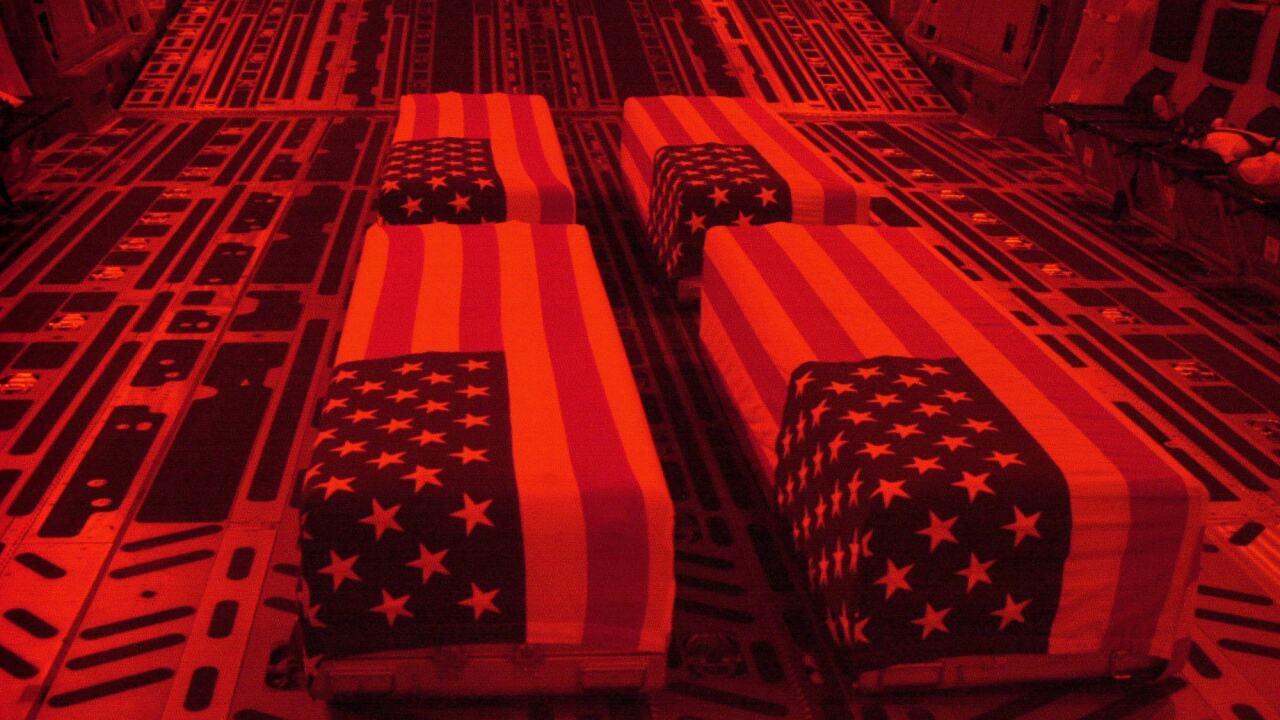 DOD/Getty Images
UNDATED: U.S. flag-draped coffins bearing the remains of U.S. servicemen sit onboard a transport plane in this photo released April 28, 2005 by the Pentagon. The release this week of more than 700 images showing the return of American casualties to U.S. military facilities follows Freedom of Information Act requests and a lawsuit charging the Pentagon with failing to comply with the act. (Photo by U.S. Department of Defense/National Security Archive via Getty Images)

Authorities are investigating the Taliban's claim of responsibility for the killings. The soldiers died when their vehicle was hit by an improvised explosive device in the southern province of Kandahar. McLaughlin is survived by his wife and four children. Villalon is survived by his parents.

Two other service members sustained injuries in the incident.