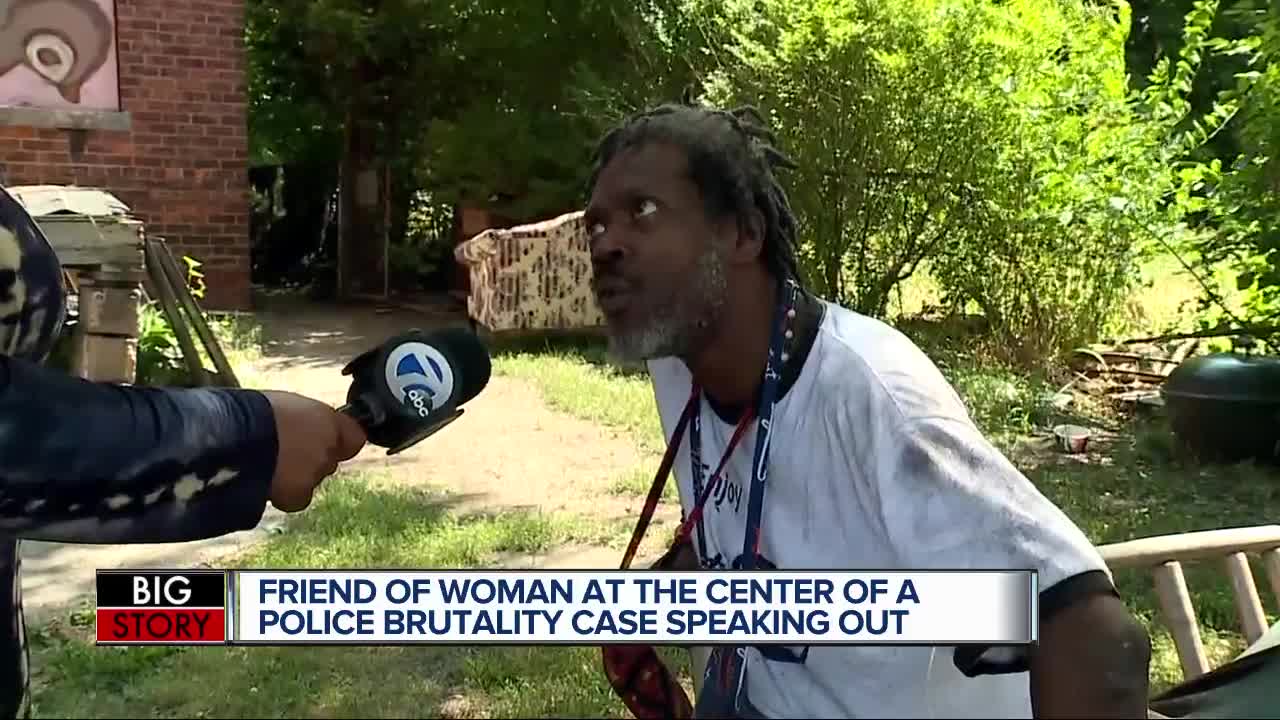 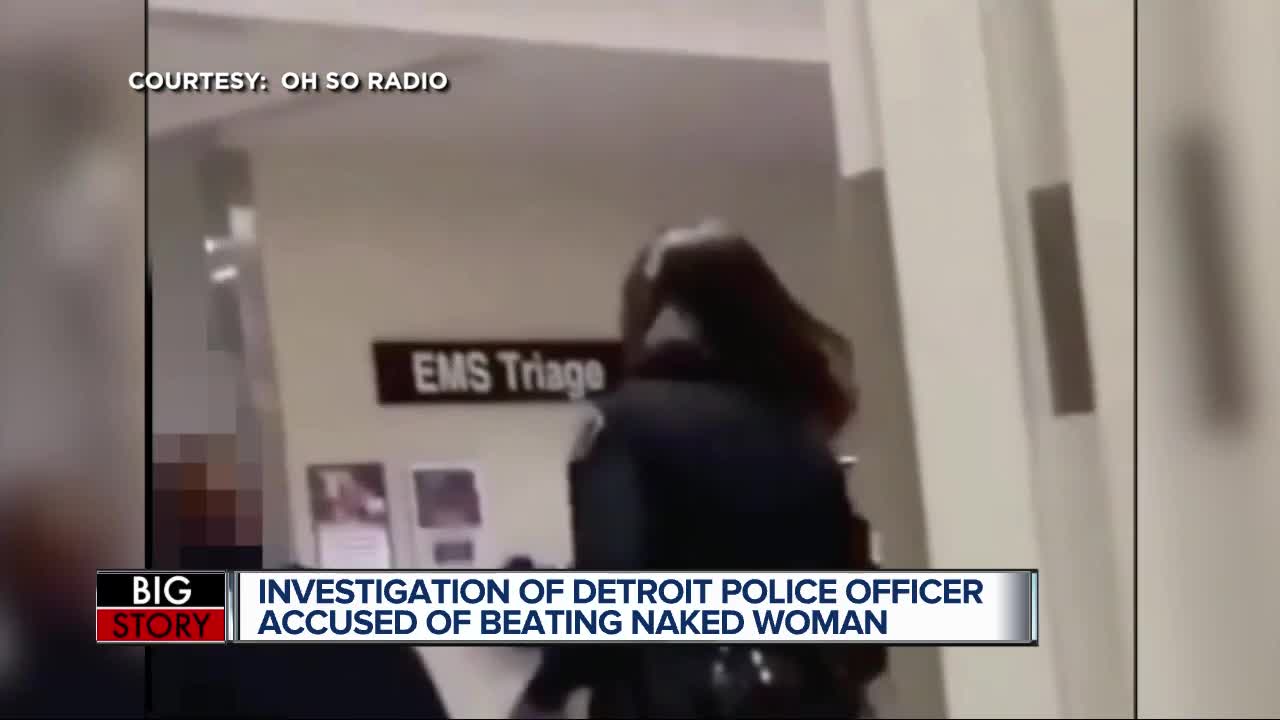 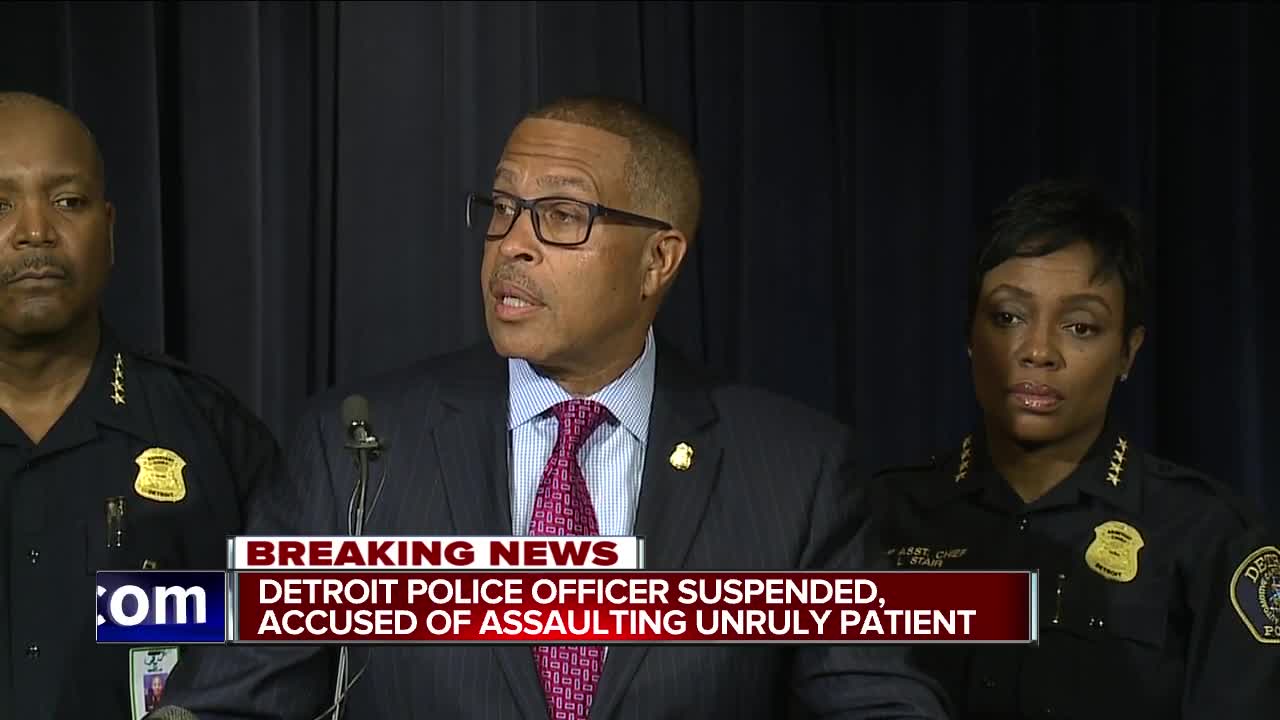 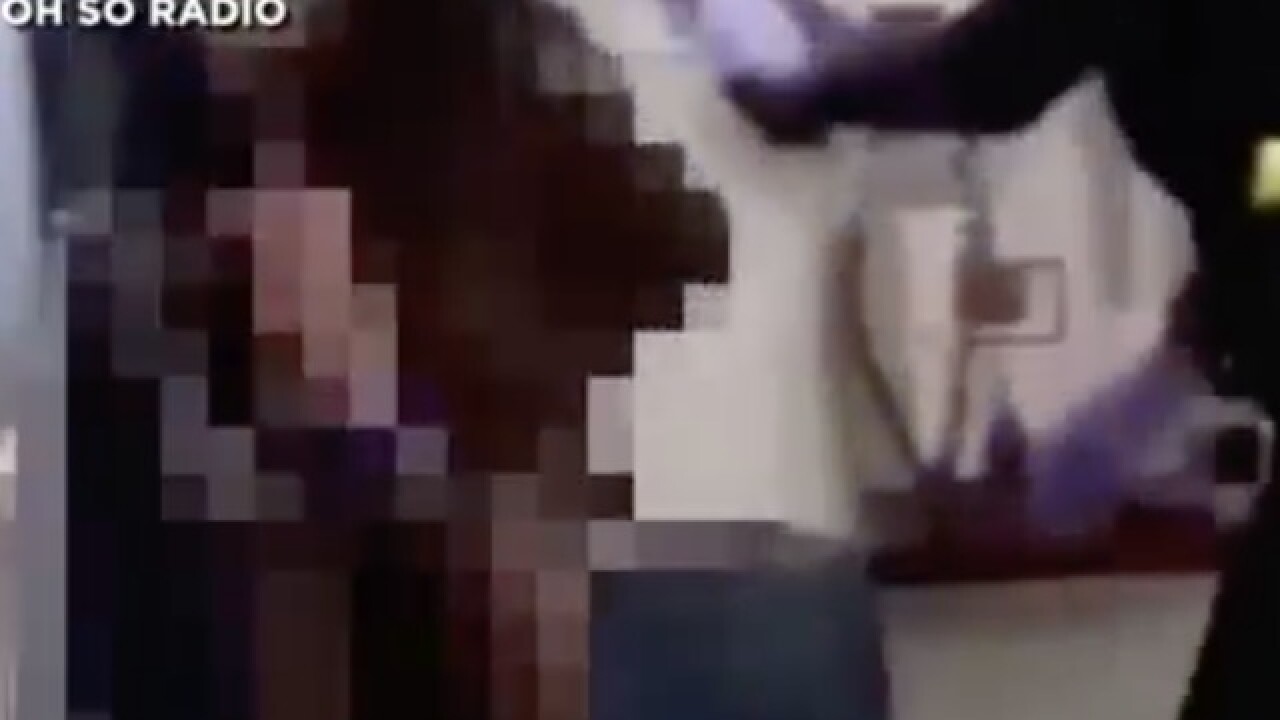 A Detroit police officer who was recorded punching a naked woman at a Detroit hospital has been suspended with pay pending an investigation.

According to Detroit Police Chief James Craig, the Wayne County Prosecutor's Office has also started a criminal investigation into the officer's use of force.

The incident started with a call around 6:45 p.m. local time on Wednesday. When officers arrived, they saw a naked woman on the street. Officers put her in a police car and took her to Detroit Receiving Hospital.

According to Craig, the woman was not agitated during the entire ride to the hospital, and officers were able to cover her up. Craig said the officers did not handcuff her.

Once at the hospital, the woman threatened hospital staff and security staff, spit on several employees, bit a security officer twice and tried to bite another police officer.

"The suspect had her back turned but the officer continued to punch," Craig said. "We have grave concerns for the officer's action."

The department is investigating the incident, on top of the prosecutor's office, and they are in the process of downloading body camera videos.

The woman was treated for minor injuries at the hospital and had some minor contusions but is in stable condition.

Officers have interviewed several hospital staff, but are in the process of trying to locate the person who took the video showing the use of force.

According to Craig, the officer did undergo their mental health and emotional survival training twice in 2016 and once in 2015. He said the department has "above average" training when it comes to people who have a mental illness.