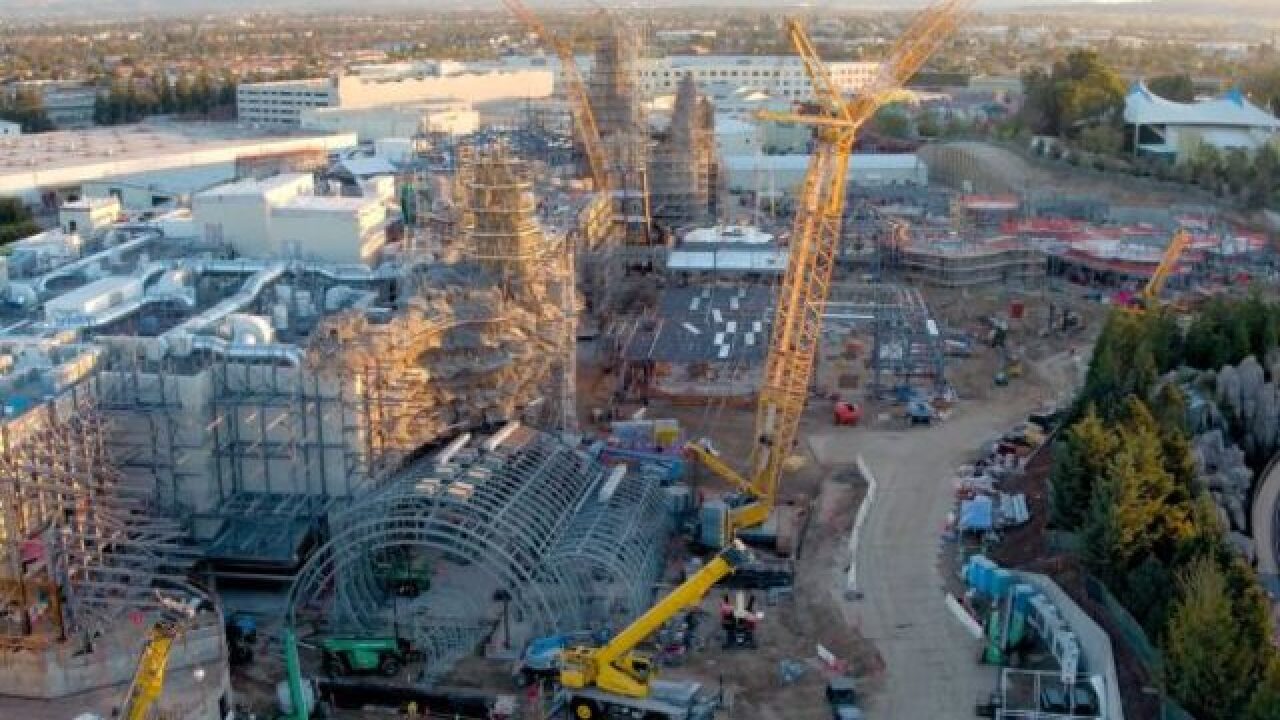 Copyright 2018 Scripps Media, Inc. All rights reserved. This material may not be published, broadcast, rewritten, or redistributed.
Credit: Disneyland Resort

ANAHEIM, Calif. (KGTV) - Wonder what it feels like to soar above the "Star Wars" universe? Well now, you can — at least what's been constructed in Anaheim thus far.

Steel frames of the galactic planet of Batuu have started to tower over the park. In 2019, the land will host Jedis, stormtroopers, and more among old trade routes, crossroads, and merchants.

But the land will also take guests to the next level, offering an immersive look at the iconic Millennium Falcon and putting guests in the middle of a battle between the First Order and the Resistance.

Here's a look at the drone footage from Walt Disney Imagineering:

In addition to the Galaxy's Edge addition, Pixar Pier at Disney's California Adventure park is also slated to open in 2019.