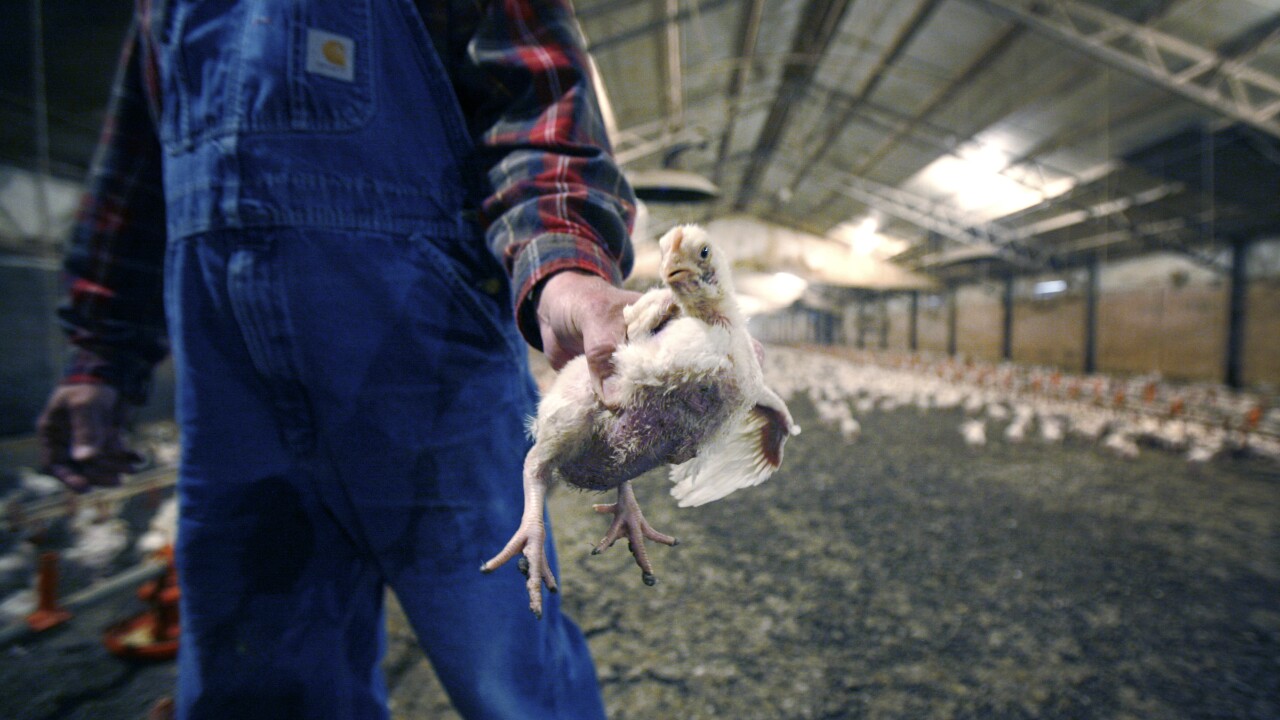 AP2008
LM Otero/AP
FILE - In this Dec. 2, 2008 file photo, a Pilgrim's Pride contract chicken farmer shows a three-week-old chick at a farm just outside the city limits of Pittsburg, Texas. A group of former chicken farmers from five states, intent on changing the way the nation's largest poultry processors pay farmers for raising chickens, have filed a lawsuit in federal court in Oklahoma. Seeking class-action status, the farmers, allege that the contract grower industry structure created by Pilgrim's Pride and other companies pushed them deep into debt. (AP Photo/LM Otero, File)

The Department of Justice announced indictments on Wednesday against four executives who were allegedly involved in a conspiracy to fix prices and rig bids for broiler chickens.

According to Pilgrim’s Pride, it provides 20% of all chicken consumed in the United States. Claxton Poultry says it produces 300 million pounds of poultry a year, and is a supplier for Chick-fil-A.

The DOG alleges that the foursome's actions caused chicken prices at restaurants and grocery stores to be impacted.

“Particularly in times of global crisis, the division remains committed to prosecuting crimes intended to raise the prices Americans pay for food,” said Assistant Attorney General Makan Delrahim of the Department of Justice’s Antitrust Division. “Executives who cheat American consumers, restauranteurs, and grocers, and compromise the integrity of our food supply, will be held responsible for their actions.”

The executives face a maximum sentence of 10 years, and a $1 million fine, if convicted.

Broiler chickens are chickens raised for human consumption and sold to grocers and restaurants.

A request for comment has been left for Pilgrim’s Pride.