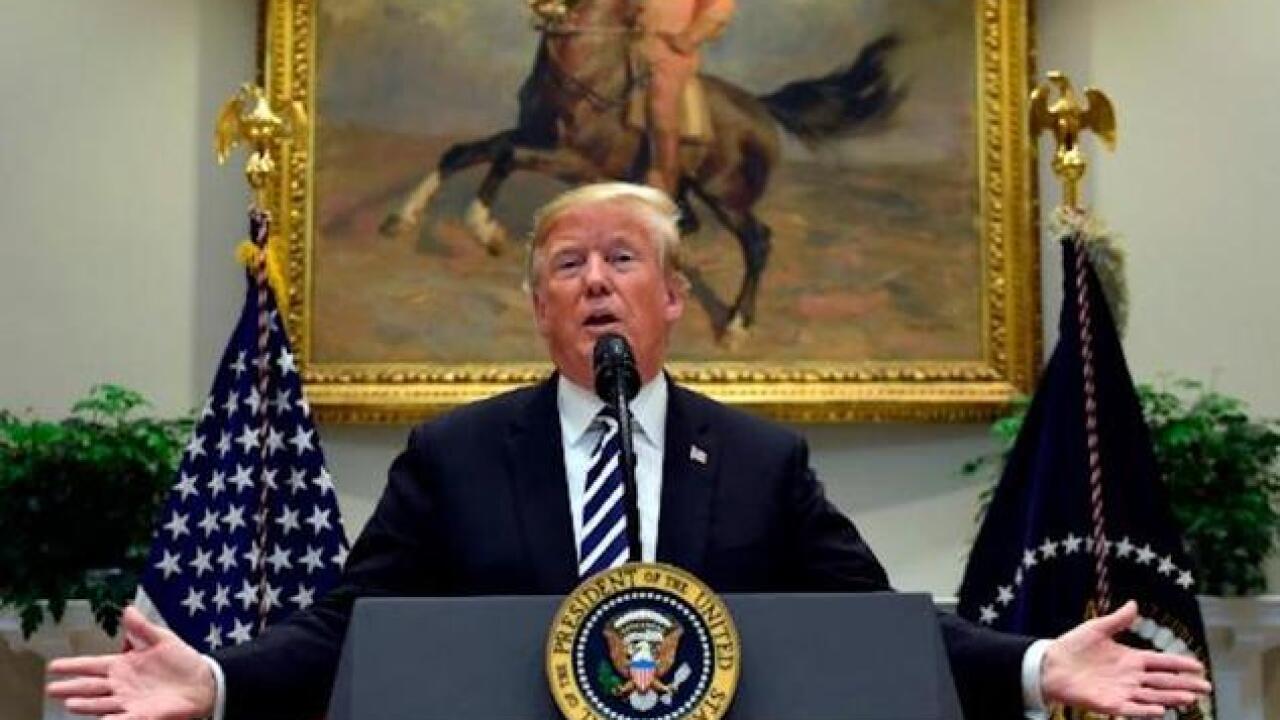 With Democrats set to take control of the House in January, speculation abounds about whether the new majority would impeach the President.

Americans break against that idea, according to a new CNN poll conducted by SSRS. Half, 50%, say they don't feel that Trump ought to be impeached and removed from office, while 43% say he should be. Support for impeachment has dipped some since September, when 47% favored it, and is about the same as in a June poll (42% favored it then). Support for impeachment of Trump remains higher than it was for each of the last three presidents at any time it was asked. It's on par with President Richard Nixon, who 43% of Americans said should be impeached and removed from office in a March 1974 Harris poll.

The shift on impeachment comes mostly from political independents. In September, they were evenly split on the question, with 48% behind impeachment and 47% opposed. Now, 36% favor impeachment and 55% are opposed.

There's also been a meaningful shift on the question among younger adults (53% of those under age 45 backed impeachment in September, now that's down to 45%) and racial and ethnic minorities (66% favored it in September, 50% do now).

Trump himself warned his supporters during the 2016 midterm campaign that Democrats would try to impeach him, although Democratic leaders like soon-to-be House Speaker Nancy Pelsoi have dismissed the idea.

More recently, Trump has been worrying about the prospect, according to reporting by CNN's Jim Acosta, as a number of his former associates cooperate with the special counsel investigation into possible collusion by Trump's campaign with Russians interfering in the 2016 election.

The incoming Democratic chairman of the House Judiciary Committee, Jerry Nadler of New York, told CNN's Jake Tapper that if allegations by Michael Cohen that Trump directed him to issue illegal payments to women alleging affairs to keep them quiet during the 2016 election were true, those would constitute "impeachable offenses." At the same time, Nadler made no suggestion Democrats would pursue impeachment against Trump.

One reason Democrats might not impeach Trump even if he is ultimately implicated by special counsel Robert Mueller is that while they control the House, and so could potentially impeach him in that chamber with a simple majority, Republicans will still control of the US Senate. It would require the defection of 20 Republican senators to remove Trump from office if he were impeached by Democrats in the House.

That defection among the President's partisans failed to happened when Republicans in the House impeached Bill Clinton in the late 1990s. There were nowhere near the 67 votes needed in the Senate to remove Clinton from office.

Trump, however, is not nearly as popular now as Clinton was then. Clinton reached more than 70% approval when the House voted to impeach him in December of 1998, according to CNN/Gallup/USA Today polling.

Former President Richard Nixon, who resigned rather than be impeached, had a much lower approval rating than Trump has now. He was under 30% approval when he resigned in August of 1974. Trump's approval rating has remained remarkably steady, in the high 30s and low 40s -- much less than Clinton, but much higher than Nixon.

All of this remains academic since Democratic leaders have not expressed any interest in impeaching Trump.

The CNN Poll was conducted by SSRS December 6 through 9 among a random national sample of 1,015 adults reached on landlines or cellphones by a live interviewer. Results for the full sample have a margin of sampling error of plus or minus 3.8 percentage points, it is larger for subgroups.