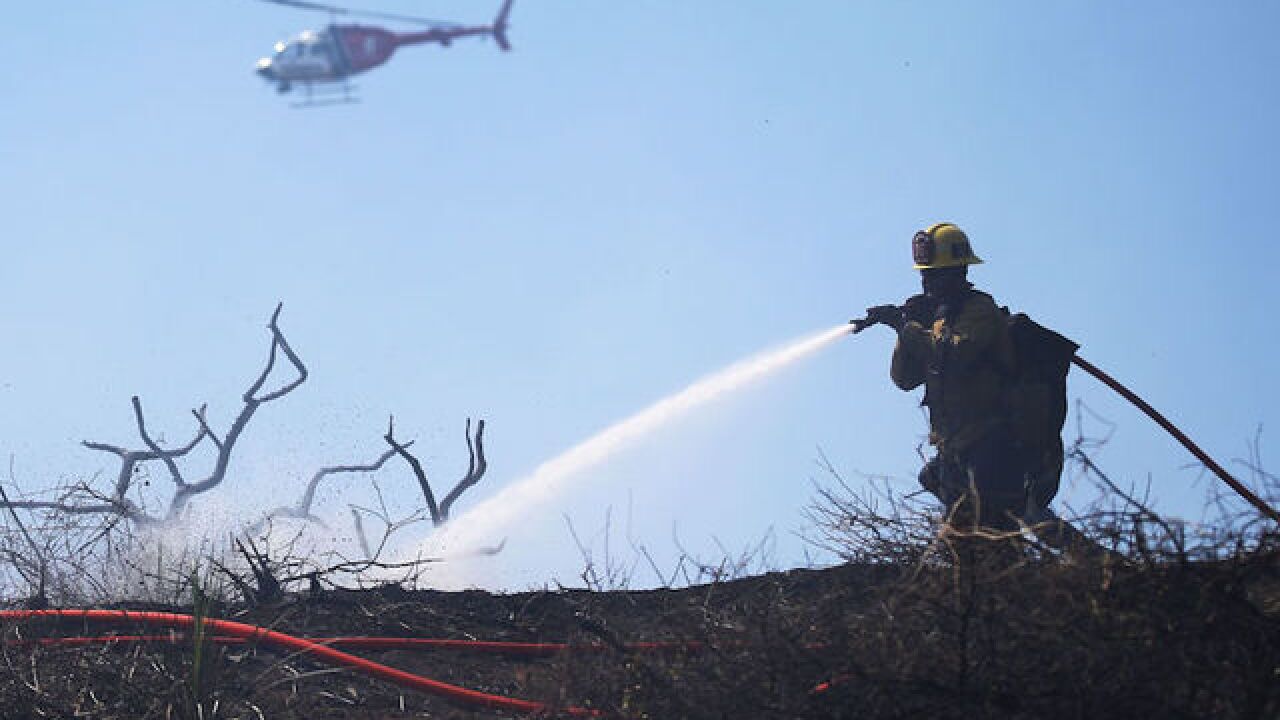 Image copyright 2018 Getty Images. All rights reserved. This material may not be published, broadcast, rewritten, or redistributed.
Mario Tama
<p>A firefighter works on the Griffith fire at Griffith Park, with a helicopter working in the background, on July 10, 2018 in Los Angeles, California. Tourists had to be evacuated from the 10-acre fire at the park. Numerous fires have kicked off in Southern California during an ongoing heat wave. </p>

A fire sparked Friday near Yosemite National Park turned deadly over the weekend, claiming the life of a firefighter and continuing to rage Monday.

As of Monday morning, 500 fire personnel were struggling to contain the fire in Mariposa County, along the western edge of Yosemite National park. So far, it has scorched 9,000 acres and remains just 2 percent contained, the US Forest Service said.

The short term forecast does not call for the weather to work in the firefighters' favor, with conditions expected "to remain hot and dry for the next seven days, with isolated thunderstorms possible over the Sierra Crest," according to the USFS.

Despite the blaze, Yosemite National Park remains open, but the fire has forced the closure of part of Highway 140, one of the western entrances to the park. USFS officials said visitors will need to find alternate routes into the park.

The Ferguson Fire is just one of several fires currently burning across the state, which has faced years of devastating wildfires resulting in deaths and causing billions of dollars in damage.