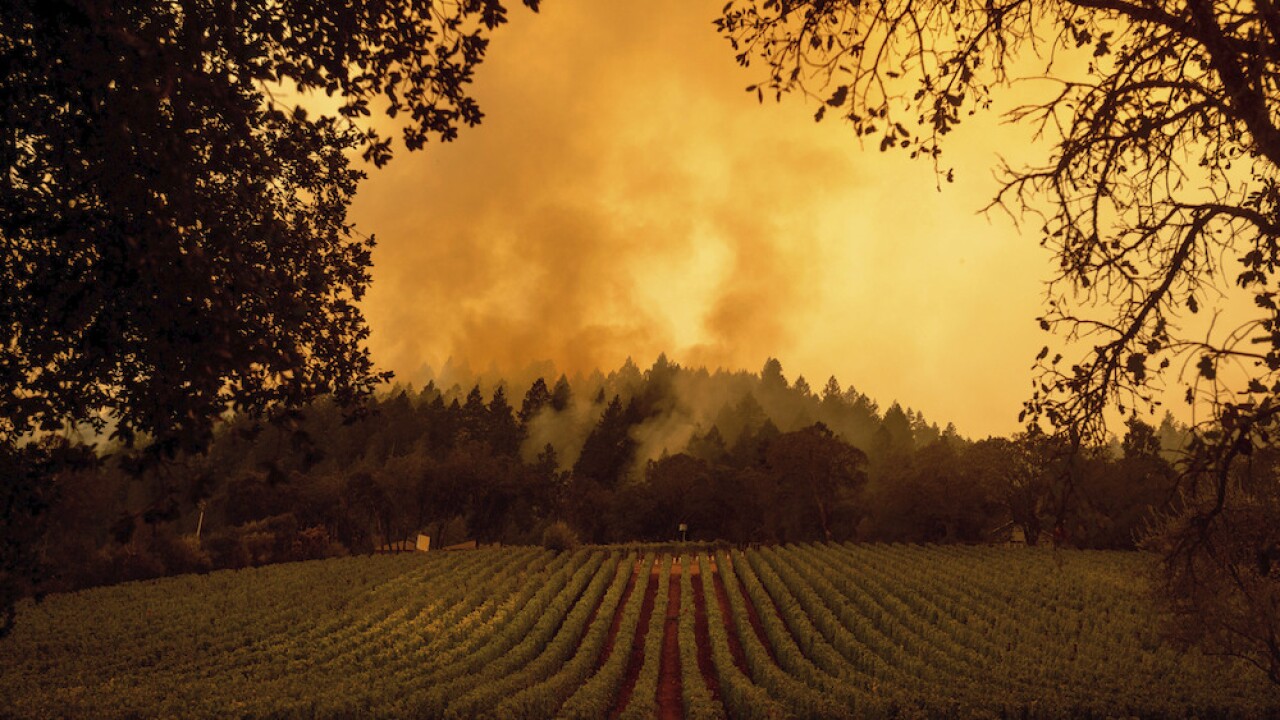 SAN FRANCISCO — Firefighters say they hope dying winds will allow them to bear down on a wildfire that's exploded in the Northern California wine country.

The Glass Fire, which was sparked on Sunday, tripled in size Monday and the San Jose Mercury News says some two dozen homes have burned.

On Monday night, Cal Fire reported that the blaze was still 0% contained.

About 70,000 people are under evacuation orders, including the entire town of Calistoga.

Reports indicate that several iconic resorts in Napa County have been damaged or destroyed by the wildfire.

So devastated about the loss of some of the finest resorts in Napa. This is the iconic MEADOWOOD pic.twitter.com/UqRR5t5IJQ

Meanwhile, authorities say three people have been found dead at another fire in Shasta County in a far northern part of the state.

So far in this year’s historic fire season, more than 8,100 California wildfires have killed 29 people and destroyed 7,000 buildings.