Flooding in the Mid-Atlantic is shaping up to be 'potentially dangerous, even life-threatening' 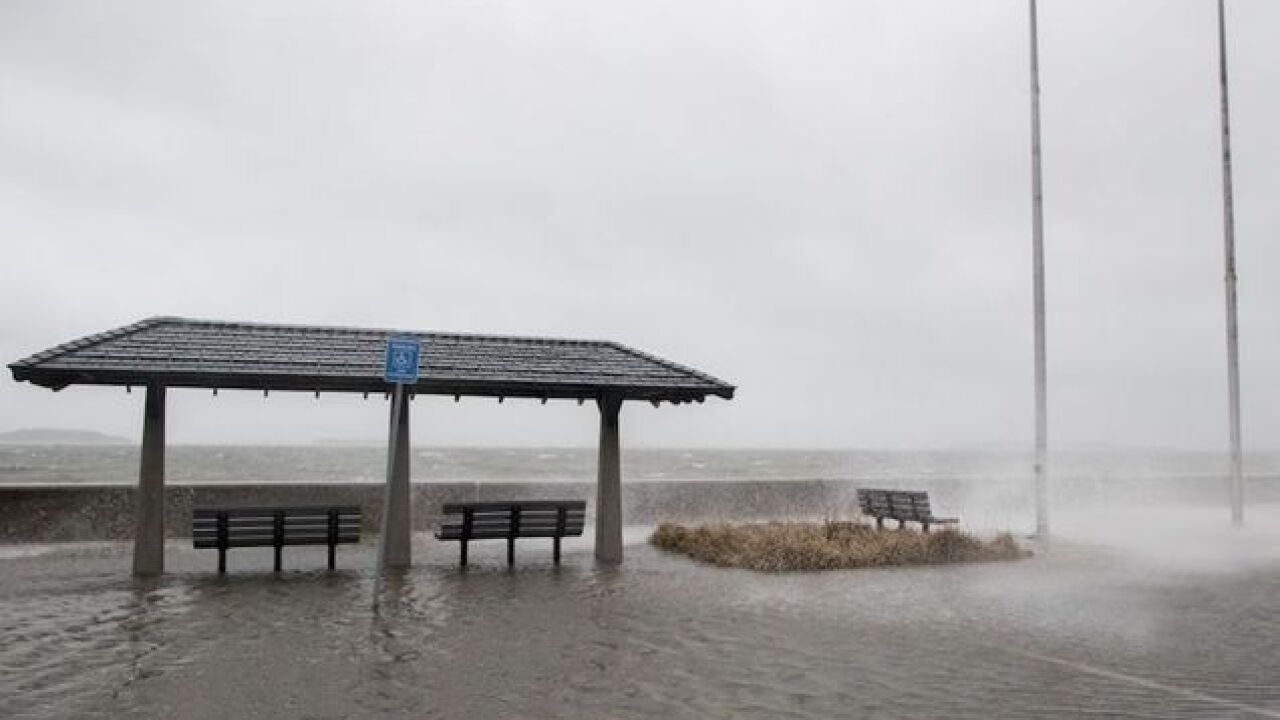 Image copyright 2018 Getty Images. All rights reserved. This material may not be published, broadcast, rewritten, or redistributed.
Scott Eisen
<p>Quincy Shore Drive suffers minor flooding from Quincy Bay as a major nor'easter barrels into the northeastern U.S. on March 7, 2018 in Quincy, Massachusetts. </p>

More than 30 million people from the North Carolina coast to central New York could be impacted by flooding Wednesday.

Numerous flash flood watches and warnings are in effect throughout the Mid-Atlantic after the accumulation of record rainfall in the last few weeks.

"To repeat from earlier today, this is a potentially dangerous, even life-threatening, situation," the National Weather Service tweeted Tuesday morning.

CNN meteorologist Dave Hennen said oncoming storms have been "training," or lining up, so when one is moving on, another is coming right behind it, and an area becomes plagued with water.

In most cases, this leads to atmospheric rivers, a long river-like area of water vapors in the sky that materializes as rain or snow. More rain poses a serious threat to the region, putting it at risk for flash flooding, the most severe type. Flash floods fill bodies of water extremely quickly in an unpredictable manner.

The ground is already saturated from the past 48 hours of rainfall, so this additional precipitation could cause dangerous flood conditions, said CNN meteorologist Michael Guy.

Washington has received 8.2 inches of rain since the beginning of July, while the normal amount for this period is 2.8 inches, Dennen said. The rain has fallen over eight days, as the District got no rain until July 17.

Cities in central Pennsylvania have made up 10 of the top 15 wettest areas in the 24 hours from Monday to Tuesday, with some places climbing upward of 8 inches, according to the weather service.

In Pennsylvania, as well as in most of Maryland, and parts of the Virginia and North Carolina coastlines, there is a moderate chance (20-50 percent) of rainfall exceeding flash flood guidance.

Over the last three days, 4 to 10 inches of rain fell across the region. Two to 3 inches are expected across the region through Friday night. Already saturated ground makes it hard for extra water to be absorbed.

The weather service advises people in the area to get to higher ground, if possible, avoid driving into floodwaters (12 inches of rain can sweep a car away) and to monitor media outlets for updates.

A cold front will be pushing through the eastern US, drying the area out by Thursday, Guy said.