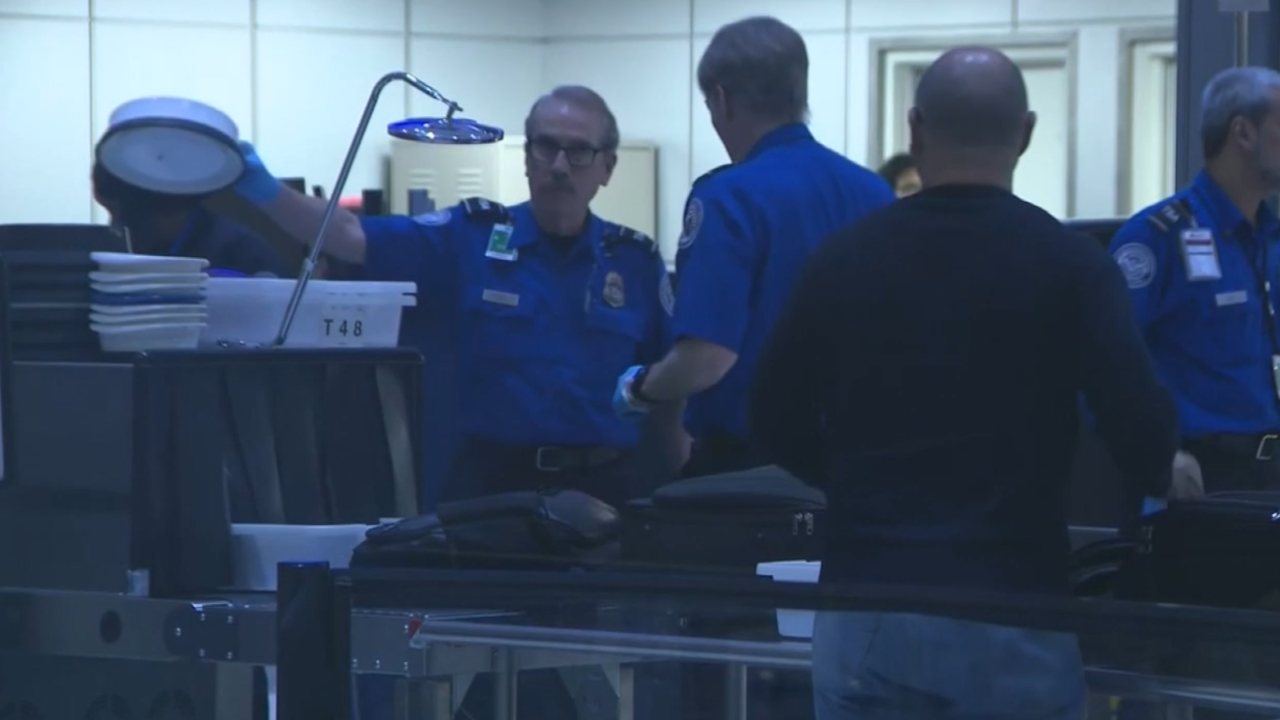 Security lines more than an hour long at Hartsfield-Jackson Atlanta International Airport. It's the world’s busiest airport, but because of the partial government shutdown, at least six security lanes are closed.

Lines stretched through the terminal and into baggage claim. The wait time? More than an hour.

And in Miami, the shutdown prompted an entire concourse to close early.

Airports are short staffed in connection to the partial federal shutdown. More than 50,000 TSA screeners have been working without pay since it started December 22. And now, hundreds of agents at airports across the country have been calling in sick to protest.

"We still have expenses to come to work,” says air transportation system specialist Steve Showalter. “We [got to] buy gas; we've got childcare to pay for."

It's been four weeks of gridlock, with President Trump demanding $5.7 billion for a wall along the U.S.-Mexico border and Democrats refusing.

“The reality is kicking in. How much longer can I do this?” says TSA agent Aria Smith-Phillips.

Smith-Philips is among the nearly 51,000 TSA screeners working without pay.

“We as TSA workers have a mission to complete, and we're willing to complete that mission with or without pay,” she says. “But it would be great if you considered that our lives are about to change drastically.”

TSA says it will partially compensate employees who worked on Dec. 22 and those who worked during the holidays a bonus. But despite the long lines, officials say it’s still safe to fly.