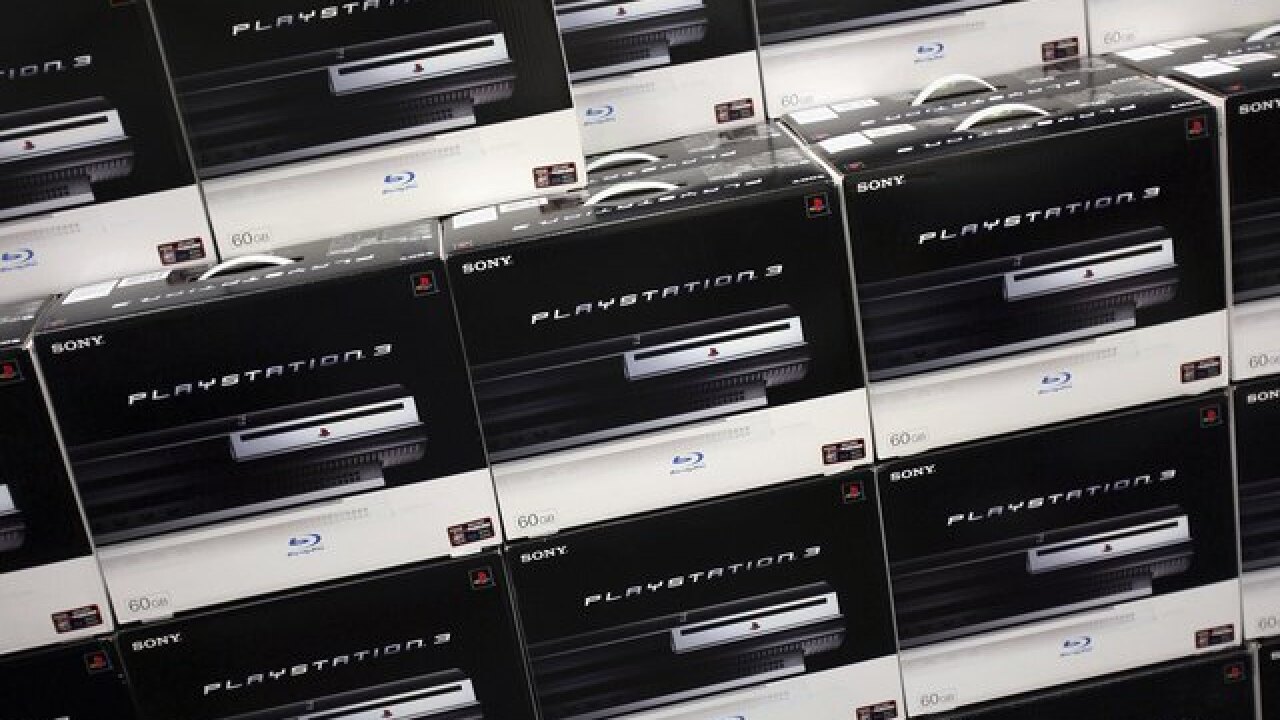 Copyright 2018 Scripps Media, Inc. All rights reserved. This material may not be published, broadcast, rewritten, or redistributed.
Tasos Katopodis
<p>SCHAUMBURG, IL - NOVEMBER 17: Playstation 3 consoles are displayed for sale in a store on November 17, 2006 in Schamburg, Illinois. Circuit City in Schaumburg was the only store in midwest to have 100 Sony Playstation Three game systems. People waited in lines for over sixty hours, to get the game a the midnight release. (Photo by Tasos Katopodis/Getty Images)</p>

INDIANAPOLIS -- If you owned one of the original PlayStation 3 “phat” consoles that were released back in 2006, you may be owed some money.

PCMag.com reports that the original PS3 console – or the “phat” PS3 had the ability to install an alternative operating system but when the smaller “slim” model was released, the operating system functionality was removed because of security concerns.

Those changes resulted in a class action lawsuit which dragged on until a settlement was reached in 2016 allowing PS3 owners to claim $65 – but time’s almost up.

Anyone who owns a “phat” PS3 still has until April 15 to submit the claim form.

To file a claim, a person must have purchased their PS3 from an “authorized retailer” and include their PSN username and PS3 serial number. The offer is only good for 20GB, 40GB, 60GB and 80GB models.