In 24 hours, there were three business shootings in the U.S. 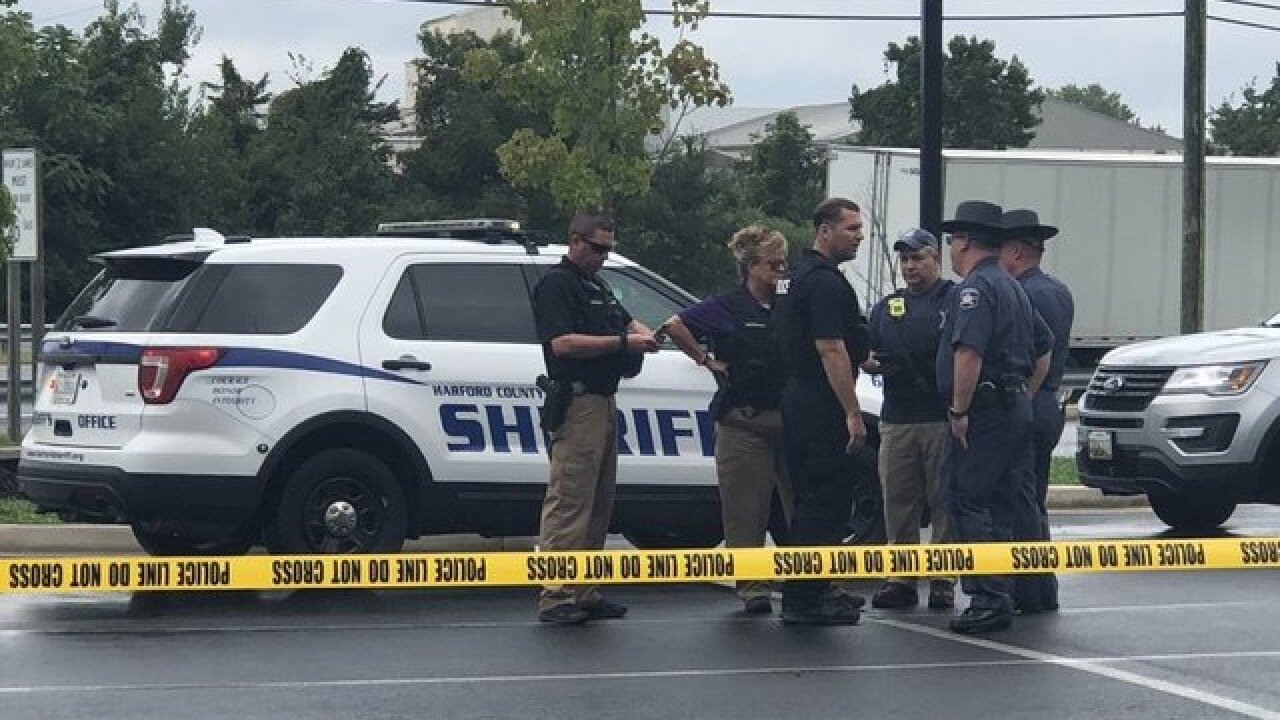 An employee at a Wisconsin software company opens fire at the office, wounding three coworkers and forcing others to hide under desks.

A gunman wounds four people at a Pennsylvania municipal building about an hour and half later, before he's shot dead by police.

The next morning a disgruntled employee fatally shoots three people and leaves three others wounded at a Rite Aid distribution center in Maryland.

In a span of 24 hours this week three seemingly safe places of business in America turned into danger zones.

"Three workplace active shooting attacks in just the last 24 hours should spark outrage in every American," former US Rep. Gabrielle Giffords said in a statement this week.

Giffords was shot in the head in January 2011 at a "Congress on Your Corner" event at a grocery store in Tucson, Arizona. She was one of 13 people wounded by Jared Lee Loughner, whose primary target was the former congresswoman. Six others were killed.

"No matter where you work, learn, play, or live -- you have a right to feel safe, and I'm horrified that that's no longer the reality in America," Giffords said. "If gun violence feels like it's become an everyday occurrence, that's because it is."

These were the three instances this week where gunfire disrupted usually ordinary places of business:

Gunshots ring out at software firm

Some WTS Paradigm workers took cover under their desks, police said. Others barricaded themselves and many just ran away from the sounds of gunfire.

An employee of the software firm in the city of Middleton opened fire in his workplace about 10:30 a.m. Wednesday, Middleton Police Chief Charles Foulke said. He had worked there since April 2017

The unidentified gunman, in his 40s, was critically injured during an exchange of gunfire with law enforcement officers, police said.

He died later at a hospital.

"A significant number of bullets were fired" between the suspect and responding law enforcement, Foulke said.

The chief described the officers as "very heroic ... and, from what I've been told and I believe, prevented much more bloodshed from happening."

The officers have all been placed on administrative leave, following department policy.

It was unknown if the gun was owned legally. But police said he did not have a Wisconsin conceal-and-carry permit.

The motive for the shooting is also unknown.

Three victims -- two men and a woman -- were treated for gunshot wounds a local hospital, police said. A fourth person was grazed.

Middleton, a suburb of the state capital Madison, is a city of about 17,000 residents.

"My heart goes out to the people involved in the shooting," Middleton Mayor Gurdip Brar said. "You never would think this type of thing would happen in your city. Really, so sad that this happened here."

Then he began shooting.

His four victims included a sergeant from the Masontown police department. Their injuries were not life-threatening, Dowlin said.

The shots rang out outside the office of District Magistrate Daniel Shimshock, authorities said.

The suspect had a restraining order against him related to a choking case that was to be heard Wednesday afternoon, Fayette County District Attorney Richard Bower said.

He had been charged with strangulation, aggravated assault, terroristic threats and simple assault as a result of a domestic matter several weeks ago, said Bower, who did not identify the man.

Eric Randolph, an attorney who was in the courtroom, told CNN affiliate WTAE that he heard several popping sounds.

Seconds later a man with a gun entered the courtroom, the attorney said. He swept his arm around until he was aiming the gun at Randolph.

"It was the most intense, frightening sensation I've ever had in my life," he said.

Randolph said he put his head in his hands. When he looked back up the shooter was gone

A glass front door at the Masontown Borough Municipal Center was shot out, according to video recorded from WTAE.

Masontown is in southern Pennsylvania, about 55 miles from Pittsburgh and 20 miles north of Morgantown, West Virginia. The town has about 3,300 residents.

The gunfire started at break time

Snochia Moseley, 26, inexplicably left work at a Rite Aid distribution center in Maryland nearly an hour after starting her shift early Thursday morning, according to the Harford County Sheriff's Office.

She returned shortly after 9 a.m. as some fellow employees were heading out on break, Harford County Sheriff Jeff Gahler said.

She then started shooting.

She killed three people and left three others wounded before turning the gun on herself, authorities said.

"There's just no way to make sense of something that's so senseless," Gahler said Friday, adding that the motive remains unclear.

A source close to the investigation said Moseley was a disgruntled employee at the facility about 30 miles northeast of Baltimore.

About 65 workers were in the Rite Aid warehouse at the time, the sheriff's office said.

Moseley opened fire outside the building and later on the warehouse floor. The first victim was shot outside and five others inside the warehouse.

Witnesses told investigators that Mosely shot herself twice, with the first shot grazing her head, the sheriff said.

Gahler said Mosely had been diagnosed with a mental illness in 2016 and that her friends and family members reported that in recent weeks she had become "increasingly agitated and that they were concerned for her well-being."

The injured were identified as Hassan Mitchell, 19, of Harford County; Wilfredo Villegas, 45, of Montgomery County; and Acharya Purna, 45, from New York.

When the gunfire started, Alexie Scharmann received a series of text messages from her mother, who works at the facility.

"There's a shooter in the building. I'm hiding. I love you," she texted, according to CNN affiliate WBAL. "Be good and take care of dad (and) the pets if something should happen."

Scharmann's mother survived. At 10:33 a.m., her mother sent another text message: "I am outside and safe. I love you."

Gahler said Mosely once was a security officer but not at the Rite Aid distribution center. She had a Maryland handgun permit that expired in May.

She used a gun she purchased legally, Gahler said, adding that no law enforcement officers fired shots during their response.