Is there a crisis at the border? Deeper look into illegal border crossings 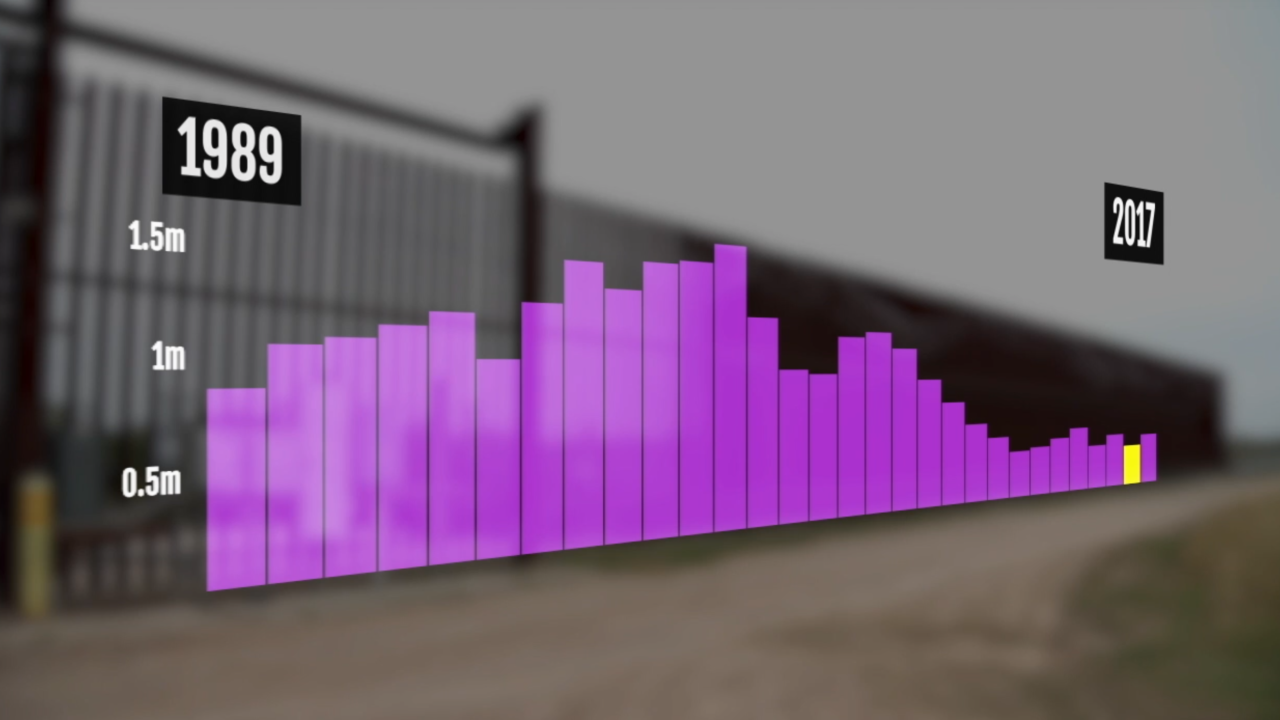 The Trump administration has long made the case that too many migrants are coming in the United States illegally along the southern border, and that it’s creating a crisis.

The president says he wants to build a wall along all—or most—of the border between the U.S. and Mexico, because he says people are “pouring in.” However, a look at the hard numbers don’t necessarily support that statement.

According to Customs and Border Protection data, illegal border crossings have been steadily declining for decades—ever since they started keeping tabs back in the 1970s. In fact, illegal crossings were at an all-time low in 2017; they clocked just over 310,000 apprehensions. That’s compared that to over 1.6 million in the year 2000.

But there has been an uptick in one particular group trying to cross: those traveling with families. Between 2012 and 2016, the number of individuals crossing with families rose by more than 60,000. More than 77,000 people crossed with families in 2016.

President Trump has also argued that a wall would prevent drugs from coming in to the U.S. In his Oval Office address last week, Trump said that “our southern border is a pipeline for vast quantities of illegal drugs.”

He is correct in that the southern border is the main source of entry for drugs like cocaine, heroin, and methamphetamine. However, most of those come when smuggled into the country at an official port of entry and checkpoint, not through the open border. So, a wall might do very little to stem the problem.