It's deadline day for Trump's tax returns, but he says he still won't release them 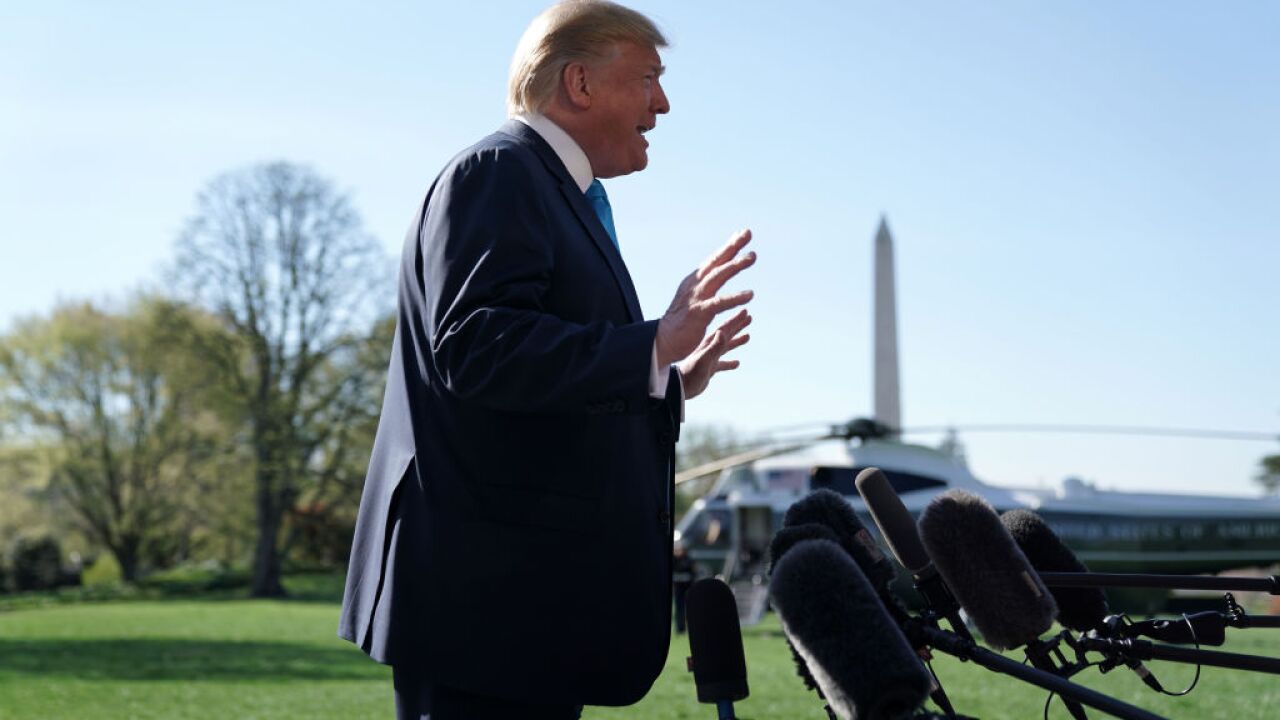 President Donald Trump continues to hold the line on refusing to release his tax returns.

Speaking to reporters Wednesday, with the House Ways and Means Committee's deadline for the IRS to turn over six years of his personal and business tax returns being today, Trump said: "I won't do it."

Technically, there's nothing preventing Trump from releasing his tax returns now. Most tax attorneys would typically advise a client against doing so if they're under audit to avoid further scrutiny. Once the tax returns are out, reporters could find something that the IRS missed. Of course, most tax attorneys don't represent presidents or people running for the White House.

Regardless of those risks, past presidents released their tax returns while in office. Presidents Barack Obama and George W. Bush both did during their tenure. (But neither of them led a sprawling business empire like Trump, who is involved in approximately 500 corporate entities.)

Trump suggested that "frankly, the people don't care" whether they see his tax returns, noting that he won in 2016 with the same audit issue and that he has released a 104-page summary of his assets and values.

"I built a great company, one of the best companies, I have some of the greatest assets in the world, I did a good job, and now, frankly, I don't care about them, I only care about the United States," Trump said Wednesday. "But I have no obligation to do that while I'm under audit. And no lawyer would tell you to release your tax returns while you're under audit."