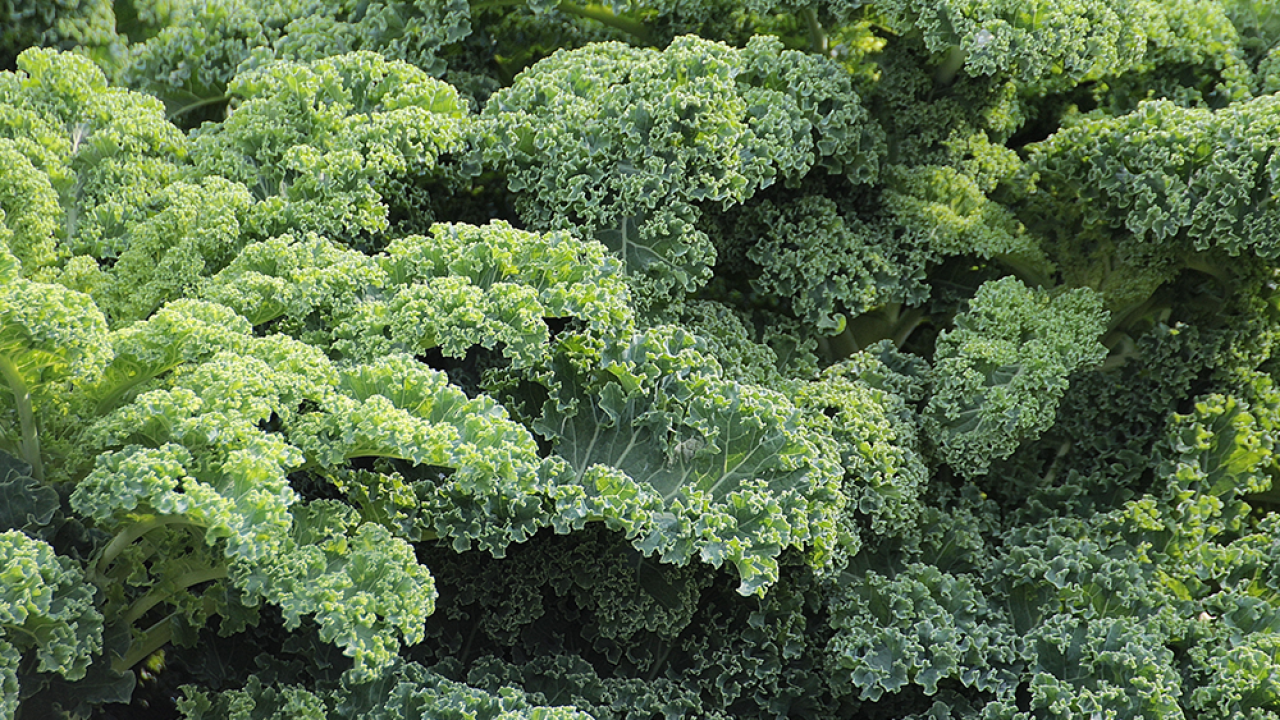 Kale, that popular green of the health conscious, has joined the ignoble list of 12 fruits and vegetables with the most pesticide residues, according to the Environmental Working Group. The last time kale was on the list was in 2009 when it was ranked eighth. Strawberries and spinach took the top two spots again this year, respectively, followed by kale.

Since 2004, the group -- a nonprofit, nonpartisan environmental organization -- has annually ranked pesticide contamination in popular fruits and vegetables for its Shopper's Guide , noting those with the highest and lowest concentration of pesticides after being washed or peeled. Pesticides include an array of chemicals that kill unwanted insects, plants, molds and rodents. These chemicals keep pests from destroying produce but also expose humans to residues through their diet. This guide shares the results of the 47 tested fruits and vegetables, so consumers can buy foods with lower amounts of pesticides.

The "Dirty Dozen" and "Clean Fifteen," a list of the top 15 tested produce contaminated with the least amounts of pesticide, are based off more than 40,900 fruit and vegetable samples tested by the Food and Drug Administration and the United States Department of Agriculture. The types and amounts of pesticides used vary based upon pests and weather, according to EWG.

Analysis of recent data showed that 70% of this produce sold for consumption contained pesticide residues.

How do pesticides impact health?

While pesticides are used to protect growing fruits and vegetables, they can also endanger humans, per the World Health Organization . Human consumption of pesticides has been shown by studies to be associated with cancer risk , fertility and other health concerns. EWG research analyst Carla Burns explained in statement, "The main route of pesticide exposure for most Americans who do not live or work on or near farms is through their diet." By helping consumers know what foods to be more health-conscious about or to gravitate toward in the grocery store, this guide intends to assist making decisions about the way pesticide regulation impacts health.

Fear shouldn't be a part of the decision whether to buy foods on the pesticide list, said Teresa Thorne, executive director of the Alliance for Food and Farming, a non-profit that represents organic and conventional farmers of fruits and vegetables.

Thorne noted a past study in the Journal of Toxicology that was critical of EWG's Dirty Dozen list, and found that eating organic produce didn't decrease consumer risk. "That's largely because residues are so low, if present at all," she said.

Research on the effects of pesticides on humans is ongoing, and there is not a complete understanding of whether there is a particular amount of pesticides considered to be safe. The American Academy of Pediatrics acknowledges there are reasons to be concerned about the exposure of developing children to pesticides, especially before birth. Concerns include effects on development and behavior.

What produce has high amounts of pesticides on the list?

In order of pesticide concentration, 2019's Dirty Dozen list is: strawberries, spinach, kale, nectarines, apples, grapes, peaches, cherries, pears, tomatoes, celery and potatoes. Among these, kale and spinach contained 1.1 to 1.8 times more pesticide residue in weight than other batches of produce. This list varies, as does pesticide use in agriculture. "The types and amount of pesticides a grower uses is going to depend upon the pests that the grower is dealing with and the weather. Wetter weather will often increase the use of fungicides," says Chris Campbell, EWG's vice president for information technology.

Despite the high pesticide residues of spinach and kale, strawberries have maintained their place at the top of the Dirty Dozen list. Strawberries are popular -- Americans eat an estimated 8 pounds per year -- but the chemicals used to protect and preserve strawberries raise concern and some have been banned by the European Union. The fruit gained its notorious status because of the United States Department of Agriculture concluding strawberries are most likely, among the tested produce, to retain pesticide residues even after being picked and washed.

What is so surprising about kale being number three on the Dirty Dozen list?

Kale is known for being a source of vitamins and other nutrients, but the vegetable could also be tainted by cancer-causing pesticides. The report's results showed that 92% of the samples of conventionally grown kale were positive for two or more pesticide residues, and a single sample of kale sometimes contained as many as 18 different pesticide residues. The most common pesticide detected was Dacthal , also known as DCPA, and has been identified as a potential cancer-causing agent. Europe has prohibited its use since 2009.

What produce has low amounts of pesticides?

Produce that are among the top of the list for reducing the exposure of consumers to pesticides include avocados, sweet corn, pineapples, frozen sweet peas and onions. In contrast to the Dirty Dozen, there was no detection of pesticide residues in 70% of these foods. Less than 1% of avocados and sweet corn tested positive for pesticides and were considered the cleanest of the list.

How can you avoid pesticides?

"The science shows that what people need to know is to eat more fruits and vegetables every day, conventional or organic, choose either. No list needed," said Thorne of the Alliance for Food and Farming.