Keith Flint, singer of electronic band The Prodigy, dies at 49 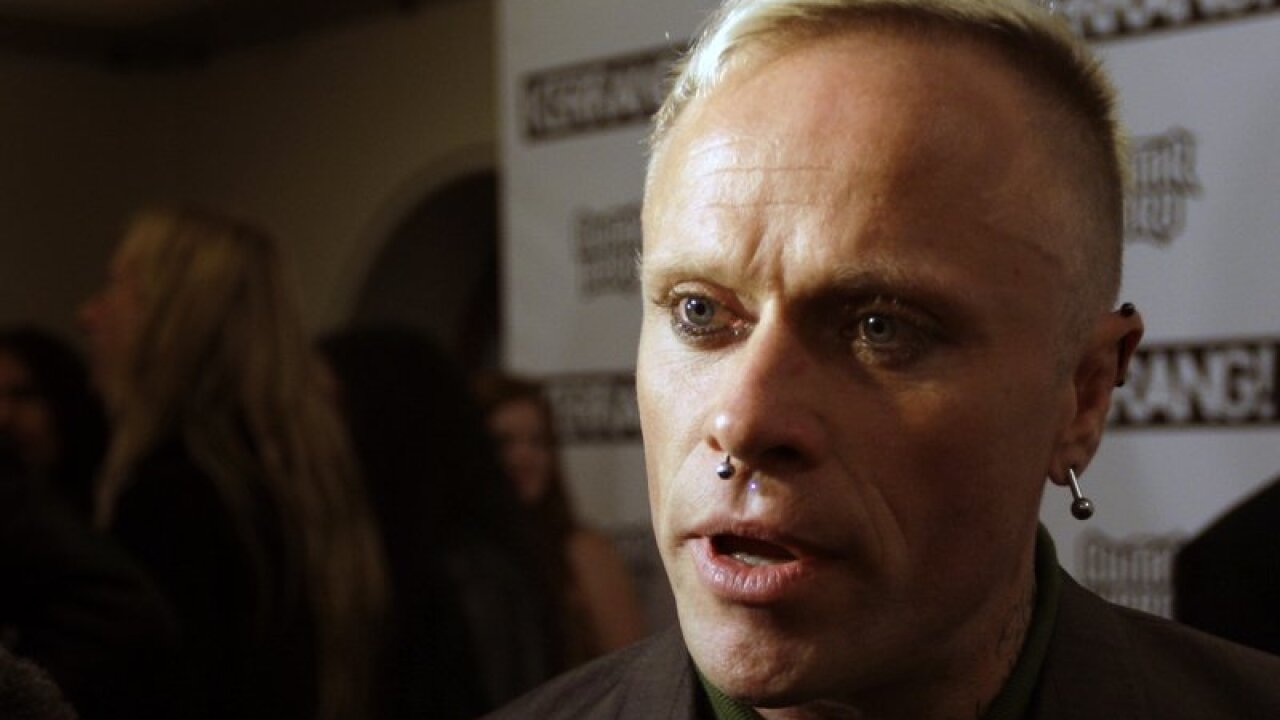 FILE - In this file photo dated Monday, Aug. 3, 2009, British musician Keith Flint of Prodigy talks to the media after winning the best single for &#39;Omen&#39; at the Kerrang Awards 2009, at the Brewery in London. The Progidy front man, 49-year old Flint is reported to have died at his home in London, according to a statement released by the band Monday March 4, 2019. (AP Photo/Joel Ryan, FILE)

LONDON (AP) -- Keith Flint, lead singer of dance-electronic band The Prodigy, has been found dead at his home near London. He was 49.

His death was confirmed Monday by the band in a statement. Essex Police say the death is not being treated as suspicious.

It is with deepest shock and sadness that we can confirm the death of our brother and best friend Keith Flint. A true pioneer, innovator and legend. He will be forever missed.
We thank you for respecting the privacy of all concerned at this time. pic.twitter.com/nQ3Ictjj7t

Flint was the stage persona of the band, whose hits "Firestarter" and "Breathe" fused techno, breakbeat and acid house music.

The energetic frontman was also known for his distinctive look: black eyeliner and hair spiked into two horns.