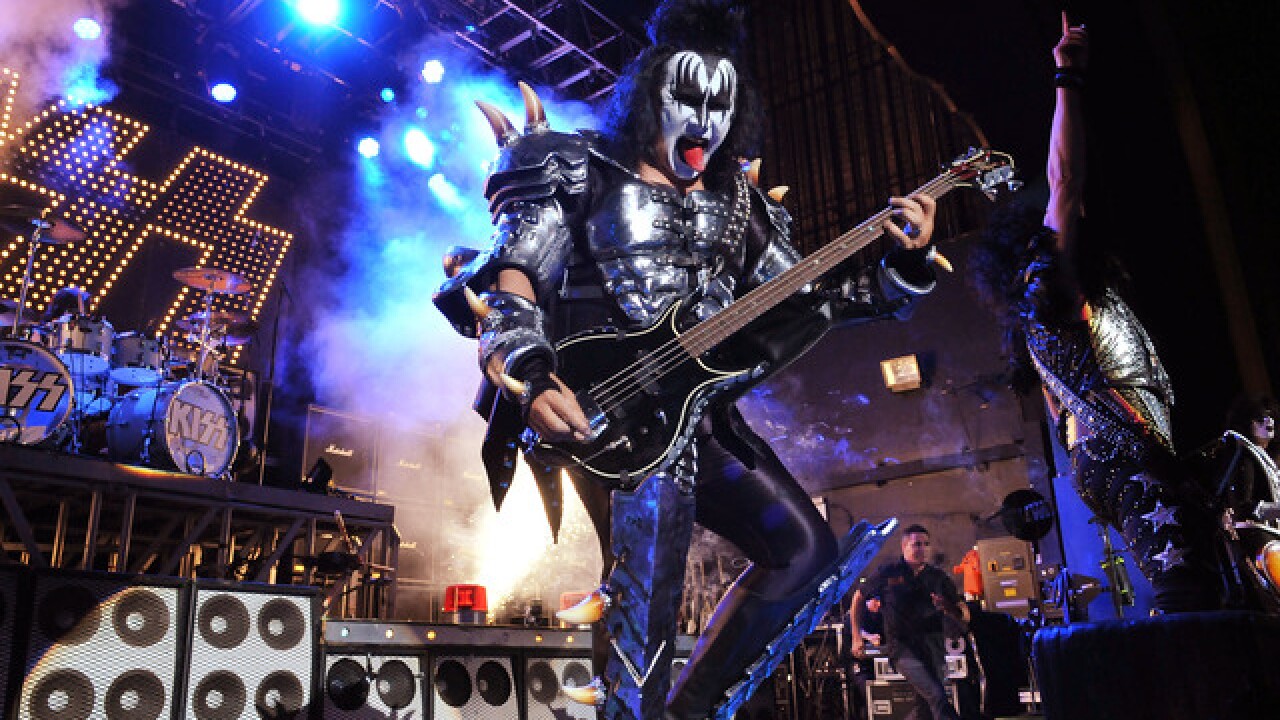 Copyright Getty Images
Jim Dyson
<p>LONDON, ENGLAND - JULY 04: Gene Simmons of US rock group Kiss performs live on stage, for a one-off Independence Day show as a fundraiser for the Help for Heroes charity, at The Kentish Town Forum on July 4, 2012 in London, England. (Photo by Jim Dyson/Getty Images)</p>

After 45 years of rocking and rolling all night, KISS is hanging up the 9-inch boots and wiping off the makeup.

In a statement on the band's Facebook page , KISS promised fans a final lineup of show-stopping performances.

"All that we have built and all that we have conquered over the past four decades could never have happened without the millions of people worldwide who've filled clubs, arenas, and stadiums over those years," the band wrote. "This will be the ultimate celebration for those who've seen us and a last chance for those who haven't. KISS Army, we're saying goodbye on our final tour with our biggest show yet and we'll go out the same way we came in ... Unapologetic and unstoppable."

Dates and locations on their final world tour have not been announced yet, but fans can keep tabs on the band on their website . "KISS Fan Club" members will be the first to know.

The "End of the Road" tour isn't the band's first "so-long" to fans. KISS held their "The Farewell Tour" from 2000 to 2002, which included original members Ace Frehley and Peter Criss.

KISS was founded in 1973. The band has sold more than 100 million albums worldwide and was inducted into the Rock and Roll Hall of Fame in 2014.

Watch the band perform "Detroit Rock City" ahead of their final tour announcement below: