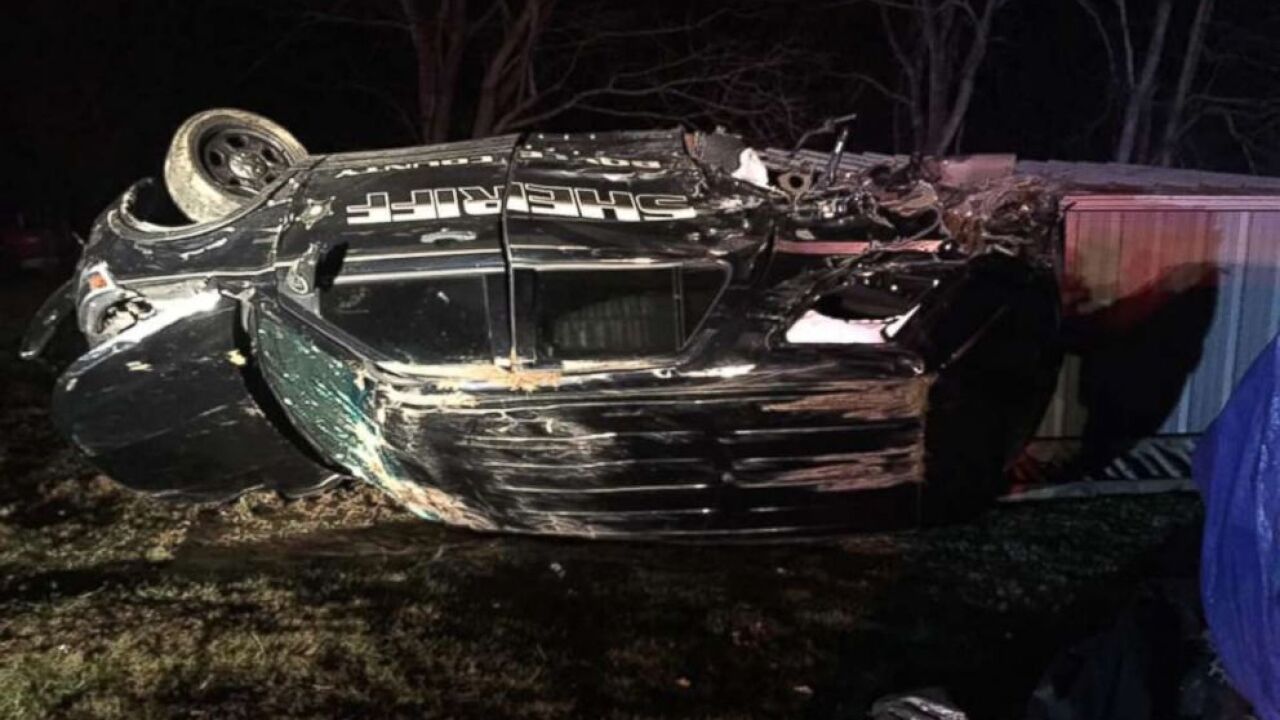 A Kentucky deputy was injured on Sunday after a large rock was thrown at his vehicle, crashed through the windshield and caused his vehicle to flip over, authorities said.

Boyle County Sheriff's Deputy Phillip Dean was responding to a rock-throwing incident in central Kentucky on Sunday morning when a rock hit him in the face and caused him to lose control of his vehicle, according to the sheriff's office.

Police said the rock was thrown from a vehicle traveling in the opposite direction of the roadway.

The Boyle County Sheriff's Office posted a photo of the officer's damaged squad car on Facebook, showing the vehicle lying upside down on the side of the road.

"The rock went through the deputies windshield and struck the deputy in the face," officials said in the post. "The deputies vehicle left the roadway, struck several trees, then rolled over several times."

Police arrested two juvenile suspects in connection with the crash. They were charged "with throwing the rock into the windshield of Deputy Dean’s vehicle" and for allegedly tossing rocks at other cars and semi-trucks passing by.

The office said the deputy sustained injuries, but is expected to make a full recovery.

"The entire Boyle County Sheriff's Office wishes to say thank you to everyone for their kind concerns and well wishes for Deputy Dean," the office said in another Facebook post. "He is now at home and is recovering."