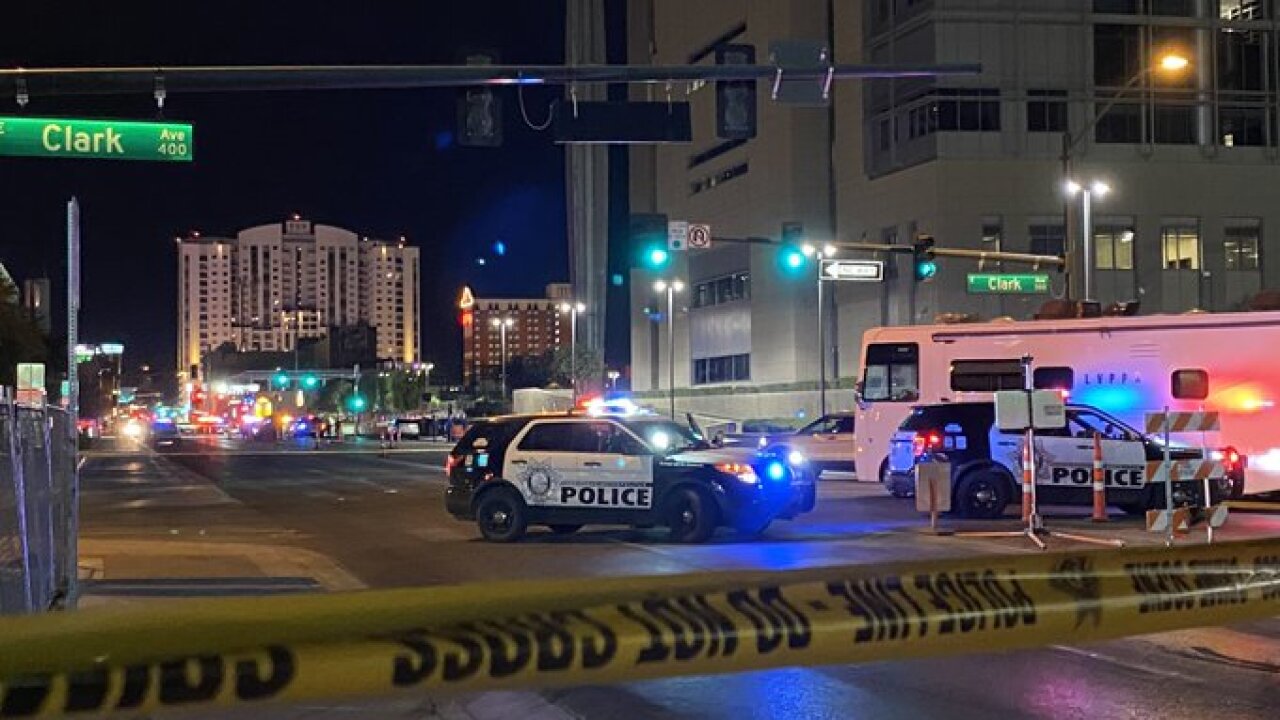 This photo from Joe Bartels with KTNV shows the scene near Circus Circus in Las Vegas where a police officer was shot overnight. Officials in Las Vegas say the officer is in grave condition.

Sheriff Lombardo says that the police officer who was shot shortly after 11 p.m. is in extremely critical condition and on life support at University Medical Center.

SWAT and K9 responded to the scene and were able to apprehend the suspected shooter.

The second shooting took place in front of the Foley Federal Building near Bridger Avenue and Las Vegas Boulevard.

Police officers were stationed at the building, protecting it against protesters.

We moved to the other side of the scene: @KTNV pic.twitter.com/wPPTjuknEI

An individual with multiple guns and wearing body armor approached the building and engaged the officers. They opened fire and the armed individual was struck several times. He was transported to a local hospital and pronounce deceased.

Sheriff Lombardo told members of the press that he did not have any additional information at this time. Another press briefing will be held later today.