The pope signaled his intention to harness the power of technology to reach out to young people by launching a prayer app three days before he will attend a Catholic youth festival in Panama.

The app, called Click to Pray, is available on both Android and iOS devices and will allow over 1 billion Catholics worldwide to pray with the pope online.

Pope Francis has his own Click to Pray profile online, which shows what he is praying for. Users can then click an icon to pray with him.

Speaking to the crowd gathered in St. Peter's Square, the pope hesitantly tapped a tablet screen to launch the app and asked the priest who held it up for him if he had done it correctly.

"Internet and social media are a resource of our time -- an opportunity to stay in touch with others, to share values and projects, and to express the desire to make a community," he told the gathered crowd in Italian. "The network can also help us to pray in community, to pray together ... I especially invite you young people to download the Click To Pray app, continuing to pray the rosary for peace with me, especially during the World Youth Day in Panama." 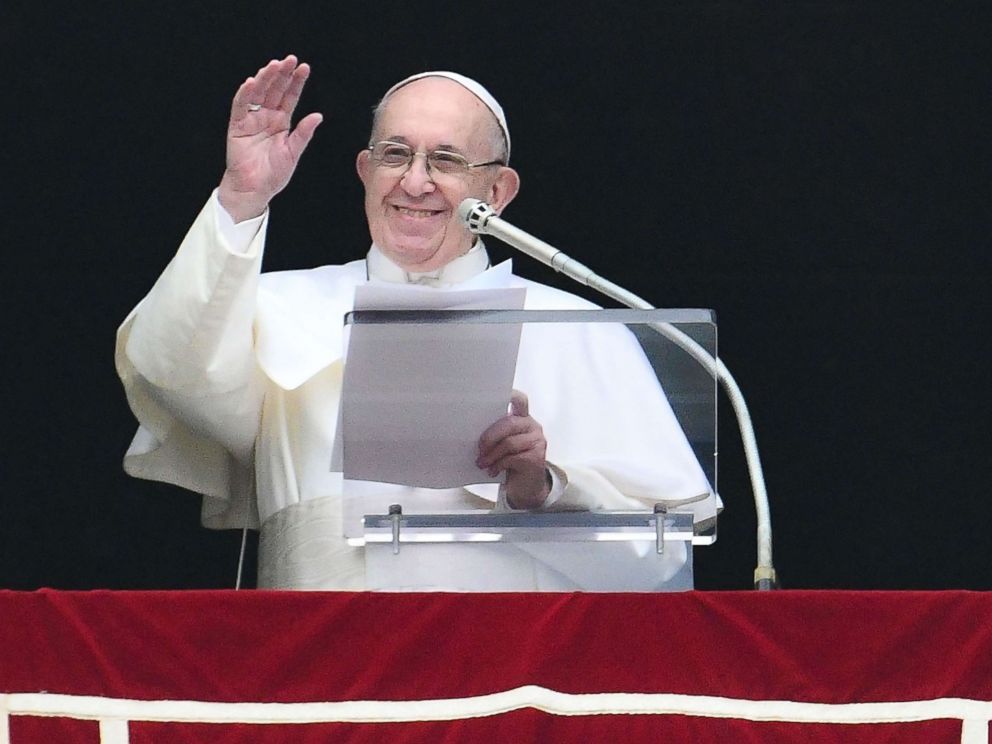 A statement from the app developers sent to ABC News on Sunday said that Click To Pray is the official app of the pope’s Worldwide Prayer Network.

It is not the first time Pope Francis has proved himself to be digitally savvy.

On World Communications Day in January 2018, the pope gave a speech about "fake news" and invited everyone "to promote a journalism of peace."

"Fake news often goes viral," he said in Italian. "Spreading so fast that it is hard to stop, not because of the sense of sharing that inspires the social media, but because it appeals to the insatiable greed so easily aroused in human beings."

Pope Francis also discussed the power of social media in June, saying "it can offer immense possibilities for encounter and solidarity," according to Catholic news website Crux. "May it be a concrete place, a place rich in humanity," he added.