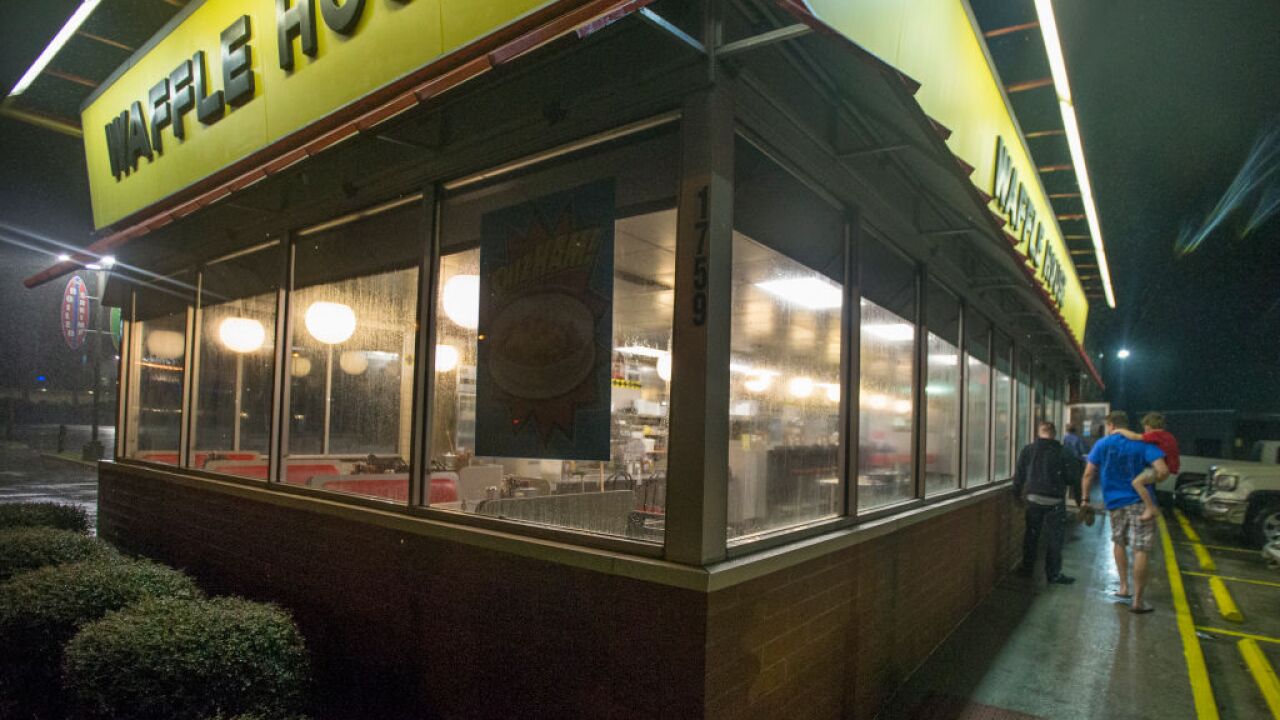 Craig Brewer was at a Waffle House in Gainesville, Florida, at nearly 3 in the morning Sunday, not far from the University of Florida campus.

He was in a generous mood, walking from table to table and picking up the tab for customers' late-night meals. He handed others a $20 bill. It wasn't the first time he's paid for strangers' meals at Waffle House, his cousin, Deborah Jenkins, told CNN.

Jenkins said that the father of two was raising people's spirits early that morning and someone even posted a Snapchat video of Brewer tipping the waiters.

Meanwhile, the Waffle House was getting crowded with people coming by after the nearby bars closed. Things started getting unruly, Alachua County Sheriff's Office spokesman Brett Rhodenizer told CNN, and someone called 911 to have officers settle down the crowd.

Then Brewer, 41, spoke to one woman about paying for her meal, and the conversation turned sour.

Another of Brewer's cousins, Rasheeda Davis, was with Brewer at the Waffle House. Davis told CNN the woman arguing with Brewer "said she would spit in his face." Davis added, "It was all petty," noting that the situation didn't appear to be extreme.

But a man, Ezekiel Hicks, was with the woman arguing with Brewer, according the police report. Hicks left the restaurant and came back with a 9mm Glock pistol concealed in his pants pocket, a witness told sheriff's deputies.

The police report says a surveillance camera in the restaurant shows Hicks take the handgun from his pants, point it at Brewer's' head and fire multiple rounds.

Hicks, 25, is being held at the Alachua County Jail on charges of first-degree murder and carrying an unlicensed firearm. His attorney did not immediately respond to a request for comment from CNN.

'I wasn't expecting to hear of my cousin killing my cousin'

Jenkins finds herself in an unusual predicament now.

She said Brewer had given her money in the past when she was in a bind, and he often kept her and others "laughing" and "smiling."

"He was always generous," she said.

But she isn't just the victim's cousin, she's his alleged killer's cousin as well. Jenkins said she got a call around 3:45 that morning and rushed to the restaurant, where she saw "everybody was crying."

There she learned more details of the night that has torn apart two different families of which she's a member.

"I wasn't expecting to hear of my cousin killing my cousin," she said.

After shooting Brewer, Hicks walked out of the restaurant, according to the police report. Officers arrived to find Hicks in the Waffle House parking lot, Rhodenizer said. They reported that Hicks approached them and admitted he'd shot Brewer.

Though Jenkins is linked to both men, she said she didn't think Hicks and Brewer knew each other.

"Ezekiel is my cousin as well. He's not a bad guy. He just made a terrible decision," she said.