'Medicane,' a rare, hurricane-like storm, is on track to hit Europe 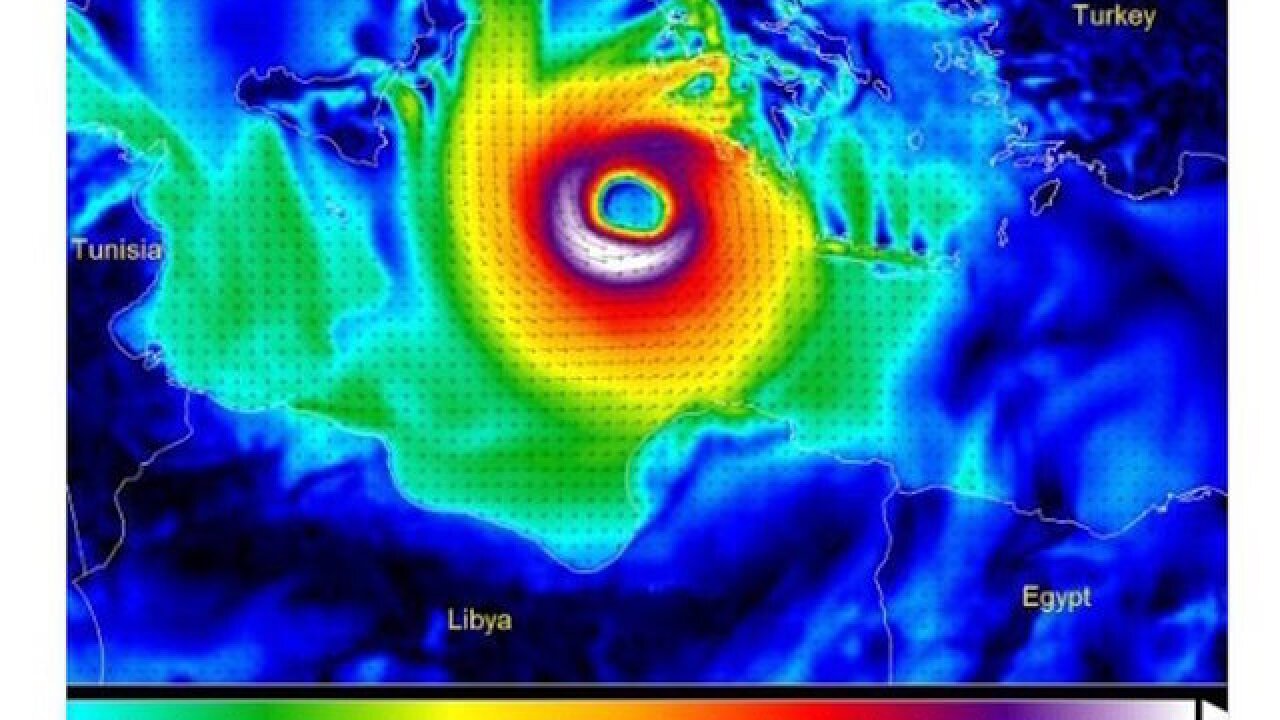 A powerful and rare storm is set to hit the Eastern Mediterranean this weekend.

The hybrid storm, often called a "Medicane" (Mediterranean + hurricane) has features similar to hurricanes and typhoons.

According to a study published in 2011, only about 1-2 "Medicanes" occur per year. These powerful storms usually happen during the months of September and October, when sea surface temperatures in the Mediterranean are still quite warm, although they can occur at any time of year.

The current storm triggered flash flooding across Tunisia and Libya over the past few days before moving north over the Mediterranean towards Europe.

Over the sea, the storm is likely to pick up more tropical-like features normally associated with hurricanes, such as gale-force winds and even an eye in its center.

The system is expected to move slowly over the island of Crete and southern Greece on Saturday before picking up speed and heading into Western Turkey on Sunday.

Areas of Greece and Turkey will be hit with heavy rains and very strong winds.

On Crete and other southern islands of Greece, as much as 4-6 inches (100-150mm) of rain could fall, which could lead to flash flooding. Cities like Izmir, Turkey, and Kalamata, Greece, could see 2-3 inches (50-60mm).

Fortunately, the Medicane will likely get absorbed into the upper-level jet stream and will not linger over Southeastern Europe, which will limit the amount of flooding from the storm.

Recent major systems such as hurricanes Harvey and Florence produced catastrophic flooding because of their slow-moving nature.